Our new President’s willingness to build important infrastructure and allow shale exports will change the dependence Europe has on Russia for energy.

President Donald Trump travelled to Dover Air Force Base in Delaware last Wednesday to pay his respects to Chief Petty Officer William “Ryan” Owens, a Navy SEAL who was killed in a raid against al Qaeda in Yemen.  The raid was the first reported covert counter-terrorism operation of the Trump Presidency.  While the sketchy details were reported widely in the press, the press did not highlight the folly of relying on countries like Yemen for America’s energy supply.

I’ve written many times about how New England remains dependent on Yemen for 15% of its natural gas, despite the fact that the incredibly rich Marcellus Shale fields of Northeastern Pennsylvania are only hours away.  While the new President immediately reversed Obama Administration policy on the Keystone and Dakota Access Pipelines, it will be other pipelines with names like Constitution, Penn East, Atlantic Sunrise and Mariner that truly can shape American energy independence. 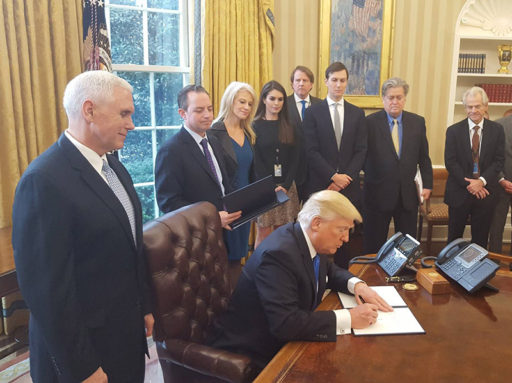 As the fracking and pipeline debate grows more contentious, it is imperative to connect the dots that may start in places like Montrose, Pennsylvania and Hobbs, New Mexico but end in Sana’a, Yemen and Kiev, Ukraine. Our policy regarding the former definitely impacts what happens in the latter (or at least what our interests are).

As evidence of that, note that newly confirmed United Nations Ambassador Nikki Haley used her first speech before the United Nations Security Council to criticize harshly Russian actions in Ukraine.  Ms. Haley went so far to say unequivocally that … “Crimea is a part of Ukraine.”  Haley’s words contrasted sharply with the perceived pro-Putin orientation of Donald Trump and new Secretary of State Rex Tillerson.

However, effective non-military American counter-measures against aggressive Russian action will remain limited for years to come.  This is due to the refusal of the Obama Administration proactively to allow exports of shale gas and oil.

Europe remains over-dependent on Russia for energy, limiting the European nations’ room to oppose Putin.  A clear policy from the Americans that we not only will allow exports of shale oil and gas but also will build out the infrastructure to do so can do more to change the balance of power in Europe than any other non-military action.

On the Federal level pro-shale action should come quickly now that former Texas Governor Rick Perry has been confirmed as the new Secretary of Energy.  Don’t ignore the State level however, as following 2016 the balance of power also has shifted in many places.  The Democratic Party must come to grips with the fact that their legislative position in states like Pennsylvania utterly has eroded.

Pennsylvania’s Democratic Governor Tom Wolf intends to use his first budget address concerning the 2017/8 fiscal year to call again for a State mineral extraction tax.  Unfortunately for Governor Wolf, Republicans now have total control of the Pennsylvania state legislature.  Republicans have super-majority status in the State Senate and hold their largest majority in the State Assembly since 1957-8.

Wolf’s mineral revenue proposals have been to layer the proposed extraction tax onto the currently-existing local impact fee, giving Pennsylvania a tax environment that would include a 9.9% state income tax (second largest in the nation), a local impact fee plus an extraction tax.  This is not exactly an appealing tax environment to anyone trying to draw business into the Commonwealth.

Ironically, just next door in Ohio Republican Governor John Kasich also is pushing for an increase in his state’s mineral extraction tax.  Fortunately for Ohio, it does not have as confiscatory a state income tax as Pennsylvania and does not charge a local impact fee.

Kasich’s proposal is to increase the Ohio state tax rate to 6.5% for crude oil and natural gas when sold at the wellhead, and 4.5% for these materials at later stages of distribution for natural gas and natural gas liquids.  Kasich sought the same rates two years ago and lost then.  It is hard to see him winning now. Ohio’s current tax rates are 20 cents per barrel of oil and 3 cents per Mcf of natural gas. 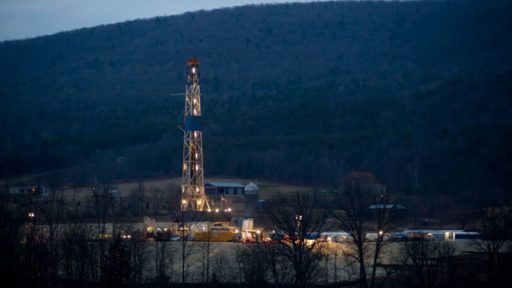 In Maryland, which still has not started fracking, there is a move to make the current temporary moratorium permanent.  In 2015 Maryland legislators placed a two-year ban on hydraulic fracturing, which would take place only in Maryland’s two western counties with shale gas, Garrett and Allegany. The fracking moratorium was passed over a veto by Republican Governor Larry Hogan.

Now, Baltimore-area legislators are spearheading an attempt to make the ban permanent.  This dichotomy is emblematic of the curious politics surrounding hydraulic fracturing.  The Baltimore area is unlikely see any drilling, and indeed the Port of Baltimore would prosper from natural gas and oil exporting.  Still, the City is dominated by Democratic politicians who now consider it a matter of principle to oppose shale gas extraction.

In the Western counties where the drilling would take place, support for shale gas development is higher.  This is despite the fact that these people supposedly have their way of lives threatened by the possibility of fracking.

Perhaps we all should think for a second why those closest to the shale gas and oil drilling generally favor it by more than those in the cities like Baltimore, Philadelphia and New York where no drilling would take place – at least in the foreseeable future.  Our national politics seems confused on many issues in 2017.  This is yet another example.