Grant Township let the CELDF use it as a torpedo against state and Federal law but the thing just turned back and blew up in the faces of Township taxpayers.

Last month I wrote about how the Community Environmental Legal Defense Fund (CELDF) was all “about seizing the municipality and turning it like a torpedo up against the state and Federal structure of law.” That’s the mantra of CELDF’s never-had-a-real-job, spoiled child leader, Tom Linzey, who takes money from other useful idiot trust-funders running wealthy foundations and uses it to manipulate still other useful idiot local elected officials into doing the work of his infantile campaign to overthrow American government. Poor Grant Township, Indiana County, bought into the CELDF lies, allowed itself to be used as one of those torpedoes and it just turned back on them and blew up in their faces.

Not only did Pennsylvania DEP decide enough is enough with respect to the antics of CELDF clients, but Federal Judge Susan Paradise Baxter just issued two major decisions with respect to what Grant Township has been doing at the instigation of the CELDF. The decisions, issued on March 31 and April 4, are filled with legal mumbo-jumbo and case law references but the end result is the granting of four (yes, four) summary judgments and one dismissal for PGE (the plaintiff wanting to develop injection wells in the township) and against Grant Township.

A summary judgment, in lay terms, is when the judge agrees with you as a matter of law before there’s even a trial. The judge effectively trashed Grant Township legal arguments before they even got started. They were that bad, which is what many of us have been saying for years now as the CELDF has sent one naive municipality after another on suicide missions in its guerrilla war against American government as we know it. Here’s some of what the court has said beginning with the ridiculous notion the Pennsylvania Independent Oil and Gas Association (PIOGA) was somehow a “state actor” because it was a state chartered corporation and was “violating the people of Grant Township’s right of local, community self-government.”

The Township makes no factual allegations in its counterclaim that PIOGA is anything other than a private entity and simply labeling it as one does not make it so. What allegations the Township does make do not cloak PIOGA with the mantle of a state actor…

The Township’s last two theories of state action also miss the mark. PIOGA is not acting under color of state law because it has somehow exercised some unnamed and undefined “governmentally-bestowed corporate ‘rights.”‘ The Township does not point to what ‘governmentally-bestowed’ rights PIOGA has exercised nor does it allege exactly how these rights were used detrimentally against the citizens of Grant Township. Such vague assertions do create state action. Nor does the allegation that PIOGA was chartered by the Commonwealth of Pennsylvania.

The radical nature of the CELDF claim, of course, is in its suggestion mere incorporation under Pennsylvania law somehow makes any business a part of an oppressive state government. Ironically, the CELDF itself is a corporation and I only wish Judge Baxter had pointed out that fact and the implications, among which are the fact I could, under the CELDF interpretation, sue it as part of an oppressive government denying my community the rights to develop its natural gas. Wouldn’t that have been great fun? Perhaps the taxpayers of Grant Township would have also been able to sue the CELDF for its costly misrepresentation of their interests in court. That would be justice.

The summary judgments granted by Judge Baxter relate not to the constitutionality of the CELDF community rights ordinance (it was essentially invalidated earlier) but to PGE’s claim of damages against Grant Township for having foolishly listened to the CELDF, thus denying PGE its rights and entitling it to damages. Grant Township, in other words, is now staring in the face of a torpedo launched from their borders at the hands of the CELDF that has now turned and is coming back right at them, ready to explode. Judge Baxter’s decisions included this:

In its Amended Complaint, PGE seeks the following relief on its constitutional claims:

A declaration that the Community Bill of Rights Ordinance is unconstitutional under the Supremacy Clause, the First and Fourteenth Amendments, and the Contract Clause of the United States Constitution;

A declaration that the Community Bill of Rights Ordinance violates PGE’s substantive and procedural due process rights;

An injunction prohibiting Grant Township from enforcing the Community Bill of Rights Ordinance;

The award of compensatory and consequential damages pursuant to 42 U.S.C. § 1983, including its legal rights taken as a result of the Community Bill of Rights Ordinance.

In it Amended Complaint, PGE also seeks multiple types of additional relief on its state law claims. By virtue of this Court’s prior ruling invalidating six provisions of the Ordinance on various state law grounds, PGE has already achieved some of the declaratory and injunctive relief it sought in its Amended Complaint. However, PGE’s remaining requests for relief (including the nominal damages available for the alleged infringement of constitutional rights, as well as any compensatory and consequential damages flowing therefrom) remain viable on PGE’s federal constitutional claims despite this Court’s prior ruling. PGE may therefore pursue the remainder of the relief it seeks on its § 1983 claims.

Message to Grant Township taxpayers: the case against you for damages is going forward so Tom Linzey can bankrupt you in service to his revolutionary mission.

There was also this:

[The] “connection between the Township’s policy and PGE’s injuries is far from tenuous. A reasonable jury, based on these averments, could find in favor of PGE with respect to its claims asserted against the Township. For that reason, the Court rejects the Township’s argument in this regard.”

…there is no evidence of a rational relationship between the disparate treatment of corporations and the stated goals of the Ordinance.

…that Grant Township had legitimate reasons to pass an ordinance is beside the point. The substantive due process review tests the arbitrariness and irrationality of the result and the efforts of the Ordinance beyond any alleged legitimate reason. Here, a starting point of seeking a clean environment spun out of control into an Ordinance that does much more, including stripping corporations of their federal constitutional rights.

The last line sums it up. Importantly, though, while Grant Township may well have had the environment on its mind, its advisor, the CELDF, never has. It has only co-opted environmental causes in pursuit of an extremist political ideology hell-bent on bringing down the government and replacing it with its own special brand of tyranny where people like Tom Linzey get to play The Joker in real life. Playing ball with Joker types never ends well, though. Things like torpedoes fired at others by them have a way of going astray, turning around and coming back to destroy those firing them. That’s what’s happening to Grant Township. 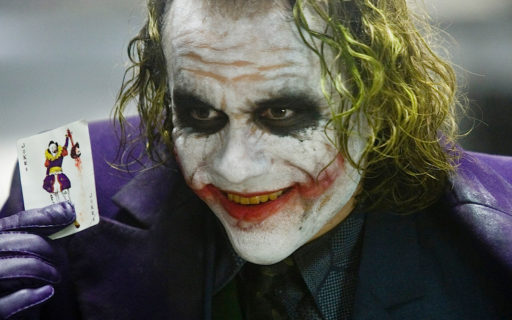 One thought on “Torpedo Blows Up in Grant Township’s Face”