A PennLive article by a young journalist purporting to tell both sides of a oil and gas story involving DEP completely misses the real point, the big story.

I never heard of Colin Deppen until yesterday when a long-time friend texted me a link to a story he wrote at PennLive. Titled “‘That’s not DEP’s role’: Outrage and localism after state sues towns that banned frack water wells,” it is the quintessential example of how today’s “journalist” is manipulated and, in turn, manipulates by deciding what to include and, especially, what not to include in a story. This is not to say Colin has an agenda; I’m not convinced he does after reading some of his other work on fracking issues. It’s certainly not to say he can’t write, because he actually does so rather well. It’s not even to say his story is inaccurate. He appears to have the bulk of the facts correct. Yet, it is an incredibly misleading story that does a huge disservice to the public. It’s all a matter of who he chose to quote and what he left out. 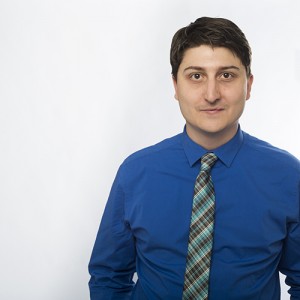 A journalist deals daily with multiple complex issues none of which he or she can possibly be expected to understand in depth. The challenge faced, therefore, in writing a story that is both fair and accurate, is to be able to draw upon contrasting views of the subject from others who do know the subject and to know who they are and what their agenda is, which takes background research. If I’m correct that Colin has no particular agenda himself, this is where he failed.

The story is quite lengthy but here are some excerpts to get the flavor of it (emphasis added):

Marsha Buhl of Highland Township was placing Easter decorations at a local park on Wednesday when she first learned that the township she calls home — population 500 — was being sued by the state.

The action, brought by the Pennsylvania Department of Environmental Protection (DEP) on Monday, claims local restrictions on fracking wastewater disposal wells violate state laws regulating the natural gas industry. There were two suits filed by the DEP, one naming Highland Township in Elk County as a defendant and the other naming Grant Township in Indiana County as defendant.

In both places, local attempts to curb proposed wastewater disposal wells have prompted lawsuits from the companies behind them and, in Highland Township’s case at least, a years-long legal saga that continues today with potential statewide implications…

Buhl belongs to Citizens Advocating a Clean and Healthy Environment, or CACHE, a local group opposed to a planned Seneca Resources Corp. disposal well near the township’s water supply in James City. James City sits at the northern edge of Highland Township, roughly two-and-a-half hours northeast of Pittsburgh, near the eastern limits of the Allegheny National Forest. It accounts for nearly half of the township’s total population.

Because of this, the opposition to Seneca Resources’ planned disposal well has been viewed proudly by some here as a David and Goliath-style undertaking — one of the smallest townships in the state taking on one of the largest industries in the world. Others have dismissed the resistance as foolhardy or futile, while there are also those who support the project and the energy industry’s presence outright. This in a region built on the extraction of natural resources like oil and timber.

Opponents are arguably more visible, though, with a regular presence at government meetings and a grassroots network of supporters reaching well beyond the confines of the northern tier.

And rather than a fringe popular movement, their opposition also has local government on its side — or at least it did.

In 2013, the Highland Township Board of Supervisors adopted a Community Bill of Rights ordinance that banned wastewater disposal wells in the township, citing environmental and water contamination concerns among others. The move drew a lawsuit from Seneca Resources, a lawsuit the township’s supervisors vowed to fight in court…

And while the current Highland Township Board of Supervisors says it opposes the charter, it also says it’s unable to rescind it because the measure was approved by voters in a referendum in the November general election.

The DEP’s lawsuits, meanwhile, came the same day as the agency’s approval of permits for the Seneca Resources disposal well in Highland Township and a proposed PGE disposal well in Grant Township.

Homerule advocates and opponents of the projects called the lawsuits an affront to local authority, the public’s will and “democratically-enacted Home Rule Charters” in both municipalities.

“Let’s be clear: our state agencies, tasked with ‘environmental protection,’ are legalizing harmful activities by issuing permits to corporations with histories of violations. … Equally egregious, those state agencies are now suing communities who dare to stand up to unjust laws that privilege corporate interests above the communities’ health and safety,” said Chad Nicholson, an organizer with the Community Environmental Legal Defense Fund (CELDF). CELDF represented Highland Township and potential intervenors against Seneca Resources in court…

Jordan Yeager, a Bucks County-based lawyer, represented plaintiffs in the lawsuit (Robinson Township V. Commonwealth of Pennsylvania) that prompted the high court decision. The lawsuit alleged that portions of the state’s updated Oil and Gas law under Act 13 were unconstitutional because they stripped local governments of zoning control over the industries’ activities.

On Wednesday, Yeager called the DEP’s lawsuit against Highland and Grant townships “outrageous,” adding, “That’s not DEP’s role. If the company that wants to do something in the township thinks the township’s ordinances have gone too far, the company ought to take that on and the courts can sort it out. But for DEP to do the bidding of an industry that wants to pollute a local community by suing the township, I’ve never seen it…”

Meanwhile, Yeager continued to question the DEP’s role in what he said appeared to be a lawsuit filed by a government agency on behalf of an industry.

“I question whether DEP even has the standing to bring it. It’s not clear to me that they do. I question how they get around the responsibility that the local governments have toward their residents and the role that local governments have in protecting their residents’ constitutional rights. I think there’s a lot of challenges that DEP has and it’s surprising they’ve gone out on a limb like this for private companies rather than protecting the environment, which is what their core mission is supposed to be.“ 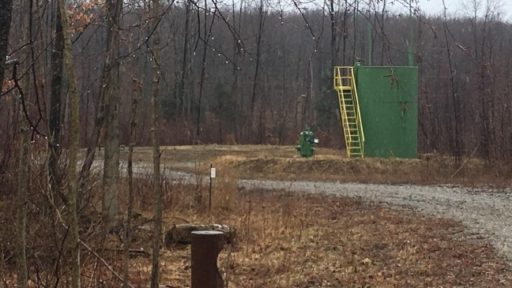 We’ve written extensively about the CELDF here, and others have written about Grant Township, as we have as well. It is a profoundly extremist organization hell-bent on socialist revolution. A simple Google search of its videos is enough to demonstrate that as Tom Linzey, its never-had-a-real-job founder tells one radical group after another about his plans to bankrupt communities and use those communities as torpedoes against state and federal government. The CELDF isn’t about changing the law, protecting communities, advancing democracy or any of the other things it proclaims. Rather, its about upending every aspect of Western Civilization and replacing it with a totalitarian state where he and his friends rule. He preys upon naive local governments.

Yet, Colin Deppen, our journalist, offers zero perspective on the CELDF or its extremist nature in any part of his article. Reading it, in fact, you could, if you didn’t know better, get the idea it’s just another environmental or good government group. You get nothing to suggest what the group really is – a nest of radicals who proudly associate with those espousing violence to get their way. You learn nothing about its bankruptcy and torpedo threats, it’s abysmal history of having lost in court at every turn, sacrificing poor communities on the altar of its radical agenda. You get nothing about its bizarre ideas that Federal statutes such as the Patriot Act can be overturned by local law or that corporations can outlawed by township ordinance (even though it is one itself, as is the company that publishes PennLive).

You also don’t get anything on the particulars of the DEP lawsuit (go here for those) or the reasons for it. You get absolutely nothing to even suggest what DEP is arguing, what the basis of that argument is or anything else. It’s as if there is but one side to the story and no possible reason to explain what DEP is doing or why, other than to record opposition. The only legal commentary, in fact, is offered through Jordan Yeager, another radical attorney, who represents other fractivists funded by the Heinz Endowments and the  William Penn Foundation. 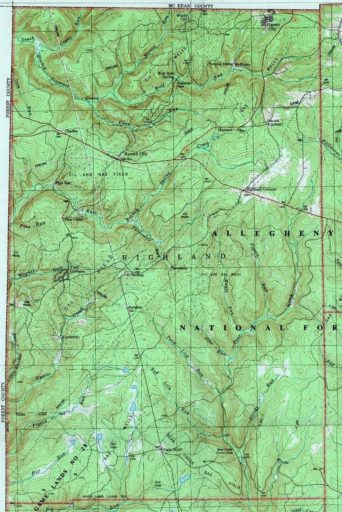 Yeager, although not quite so radical as Linzey, was a member of the National Lawyers Guild (originally formed as communist front group). He maintains respectability, however, by being soft-spoken and actually doing legal work, even serving as a municipal solicitor and having won the Act 13 case. As is typical, he throws out a couple of self-serving observations about how outrageous DEP’s action. That is to be expected.

What our journalist, Colin Deppen, failed to do, however, is point out Yeager’s association with the Delaware Riverkeeper, for example, or ask who pays him to file his multiple lawsuits all over the state. Or, what he really thinks of the legality of the “community rights” ordinance Linzey peddles all over the country? Would he have advised a municipality to adopt it?

Yeager is hardly the only lawyer to ask. Why wasn’t PIOGA’s lawyer, Kevin Moody, asked, for example, to provide some legal balance? Or, a DEP attorney or an attorney without the baggage of representing just one side. Seneca representative, Rob Boulware, was, in fairness, asked, but his affiliation is identified whereas Yeager’s was not. Rob is the industry spokesperson (bad guy) whereas Yeager is the no-name plaintiffs’ attorney (good guy).

This is not good journalism. Nothing against Colin Deppen, but is really too much to ask that a journalist balance the story and provide some real background on who the extremist CELDF really is, their sordid history of losing in court, their radical ways and the dangers municipalities face taking their advice? Is it too much to ask that Jordan Yeager also be identified as a special interest lawyer doing the dirty work of the Delaware Riverkeeper and friends as part of their mission to simply kill all oil and gas development? Don’t readers deserve the background and the balance? Yes, of course they do. But, this is how Mr. Journalist works today; using but half the story and missing the real one.

2 thoughts on “The Only Outrage, Mr. Journalist, Is Your Own Failure”