The urban gentry class war on rural America is captured in the makeup of the Catskill Mountainkeeper organization, an offshoot of the NRDC.

Last year I wrote a post about how the urban gentry class was warring upon rural America. It built on a fascinating article by William Tucker of the American Media Institute about the fate of Upstate New York, which is inextricably tied to that of Manhattan elites, to to former’s great detriment. Tucker was also author of that wonderfully insightful piece for Harpers Magazine in 1977 about “Environmentalism and the Leisure Class,” which I reflected upon here. Tucker’s articles are both well worth reading. He understood exactly what’s happening, why Upstate is suffering under policies designed and implemented for the benefit of the urban gentry class and how it is New York doesn’t approve fracking and delays pipelines. The state is run for the benefit of elitists and trust-funders (who are often the same people). 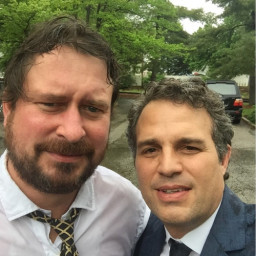 Those elitists and trust-funders, typically inheritors of old money, are having enormous influence and they do it through groups such as, but hardly limited to, the Catskill Mountainkeeper. The Mountainkeeper is completely phony organization, basically a NRDC subsidiary that sprang from the Open Space Institute (OSI), another subsidiary from whence came former DEC Commissioner and Chief of Cronyism, Joe Martens. Martens, of course, was rewarded with a return job after his leave of duty to do the dirty work of the gang at DEC was completed.

The Catskill Mountainkeeper himself is Ramsay Adams, of course, the son of John Adams, founder of the NRDC and OSI, and classic Rockefeller hanger-on. He’s also the sister of Katherine Adams, the Honeywell crony who sits with OSI leader Kim Elliman (descendant of William Rockefeller) on the board of the Geraldine [Rockefeller] Dodge foundation that helps fund the Delaware Riverkeeper, among others. Ramsay is the titular head of the Mountainkeeper organization, but the real direction comes from others. So does the work, apparently, so Ramsay has time to drive his children an hour one way every day to a private school, we’re told. It’s an odd way for a guy so committed to getting us off fossil fuels to live; driving hither and yon and burning up so much of them. Perhaps he should move closer to the school, but that would mean leaving the Beaverkill enclave of the NRDC gang and, whatever the cost in global warming, that isn’t happening.

The best way to understand the Catskill Mountainkeeper is to look at the membership of its Board of Directors. The board includes not one, not two but three senior attorneys from the NRDC; Mark Izeman (who also serves as President), Eric Goldstein and the thoroughly disreputable Robert F. Kennedy, Jr.. It also includes Robert K. Anderberg, General Counsel for the Open Space Institute. That’s four lawyers under John Adams’ thumb who are apparently assigned to the Mountainkeeper to keep on eye on the boy Ramsay.

There’s also Melissa Holden who happens to be the partner of Randy Lewis, Ramsay’s partner in the Catskill Brewery where she also serves as contact person.

Then, there’s Mark Ruffalo, the Little Green Bully worth millions who loves to talk about the ratepayer/taxpayer funded solar system he erected on his second home property in the Catskills. He lives in New York City, of course, and is a “Villager,” he says. Anyone want to bet he lives in a gas heated apartment? 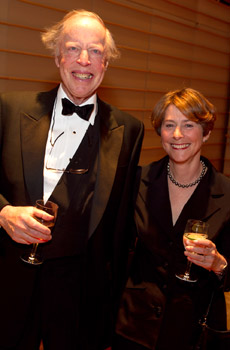 The best example of the urban gentry class nature of the Catskill Mountainkeeper, though, is a fellow named Edward Amass (“Ned”) Ames. His great-grandfather Oliver Ames was Governor of Massachusetts and his great-great grandfather was Oakes Ames, a famous industrialist and politician who got the Union Pacific Railroad up and running and was later implicated in the Crédit Mobilier scandal (for which he was censured by Congress.)

Ned Ames is a child of this old wealth, which has enabled him to spend his time pursuing pet causes and made him an expert in dispensing wealth through special interest foundations. He was, according to John Adams, “critical in supporting NRDC’s work.” He has been instrumental in the activities of the Wilderness Society and the Open Space Institute, of course, being another Rockefeller gang insider, with a home in the Beaverkill enclave as well as several others around the country, apparently.

Ames was also the manager of a foundation called the Mary Flager Cary Charitable Trust. It was created from the wealth of one of the Standard Oil principals and, from that position, Ames wrote an article for The Environmentalist in 1981 extolling the role of the Rockefellers and others in financing environmentalism through organizations such as the Sierra Club, the NRDC and the Environmental Defense Fund. He also used the article to suggest foundations needed to step up their commitments, explaining the problem as follows (emphasis added):

The reasons for this reluctance to support environmental efforts are a matter of speculation, but it seems likely that the diffuse nature of the field, its perceived ideological and political tinge, and its relatively recent emergence have placed it at a disadvantage in the competition with more entrenched and traditional grant applicants. The issue of social activism was an increasingly troubling one to foundation managers in the late 1960s and, with the passage of the Tax Reform Act of 1969 with its severe penalties for the support of lobbying and other political activity, there developed a tendency to avoid grants which had any political or activist coloration, And, at the same time, an ambivalence about the environmental movement began to trouble the foundation community. On the one hand, environmental protection was seen as a ‘motherhood’ cause deserving of everyone’s support and therefore not uniquely appropriate for the application of scarce foundation dollars. And on the other, as a social movement environmentalism was seen as a dangerous and irresponsible enthusiasm which threatened free enterprise and the economic process which had given birth to the foundation endowments in the first place.

Given his guiding role with the Catskill Mountainkeeper, one of the most irresponsible fractivist groups out there but one with enticing “motherhood” type name, we see exactly what Ames, even then, perceived about his own movement; that it was necessary to portray one’s cause, however radical, as “motherhood” in nature to get the big bucks from the big special interests. He was basically telling his trust-funder friends to put on a coat and tie and adopt some respectability if they wanted the money. Ames’ insights were clearly why he became a leader in bringing the Rockefellers, et al back to the table (not to mention their desires to make a wilderness for themselves by “strategically parkifying” the Catskills and other places they enjoyed. 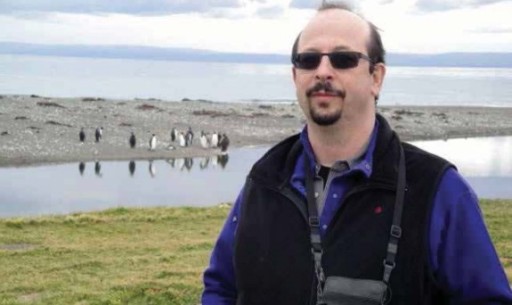 Ames also used some of the money from the Mary Flager Cary Charitable Trust to create the Cary Institute of Ecosystem Studies, where he serves on the board. There is even an annual lecture named after him and and an advisory council on which sit some of his OSI/NRDC and other New York high society friends (e.g.,Frances Beinecke, the NRDC President, who is married to Paul Elston, a fellow OSI board member) and Andrew Revkin, the New York Times reporter, which helps ensure proper attention to their causes. The President of the Institute is Dr. Joshua Ginsberg (pictured above), who also serves on the Catskill Mountainkeeper and OSI boards.

What will no doubt be apparent to readers at this point is that the Catskill Mountainkeeper is not only effectively nothing more than a subsidiary of the Open Space Institute and Natural Resources Defense Council, but is also as urban gentry class as it gets and that’s a closed shop. The notion the Catskill Mountainkeeper is about keeping the mountains is true to a point, but what’s too often lost is this; it’s really about this urban gentry class keeping the mountains for themselves. They’re the leisure class, after all, and that’s why they’re constantly at war with rural America, with development, with fracking, with pipelines and with anything else that might improve the lives of those trying to make a living there goes on. For them, its about things such as the Labor Day Tennis Tournament at Larry Rockefeller’s Beaverkill community enclave (see circa 1990 photo below; John Adams and Ned Ames are third and second from right, respectively, in the back row). 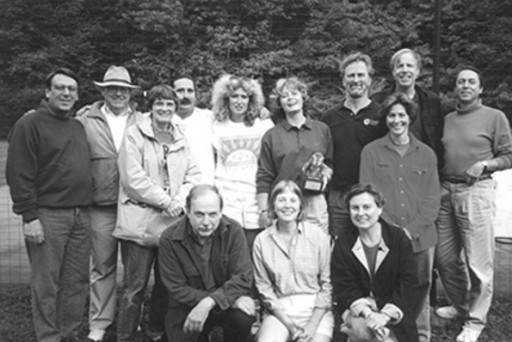