New York is a perfectly corrupt state, as evidenced by the actions of Joe Martens, the Rockefeller lackey assigned to kill fracking in the Empire State.

Something outrageous just happened in New York; something so bold and so careless as to expose the total corruption of the state’s politics by its most famous family, the Rockefellers. We’ve repeatedly written about the role of the Rockefeller family in not only thwarting fracking, but engaging in a strategy of what Vivian Krause calls “strategic parkification,” which is one of attempting to turn much of the rural northeast into their own private park, making a wilderness out of it, which is what Rockefellers do. Now, their lackey, Joe Martens, temporarily assigned by the family to the role of New York State Department of Environmental Conservation (DEC) Commissioner, is being given his reward with a return position at the Open Space Institute (OSI) from which he was drawn, having completed the family assignment.

Joe Martens ‘ resignation as Commissioner of DEC came a matter of hours after he completed the mission he was apparently given by the NRDC gang and Rockefeller family network of which he was part. That mission was to slowly kill fracking in New York as a means of not letting anything get in the way of perpetuating the latter’s schemes to “perkily” or make a wilderness out of Upstate New York and those schemes include astoundingly beneficial land deals; land deals which help pay the huge salary of Christopher “Kim” Elliman, the Rockefeller heir who runs OSI, to which Martens will now comfortably return. 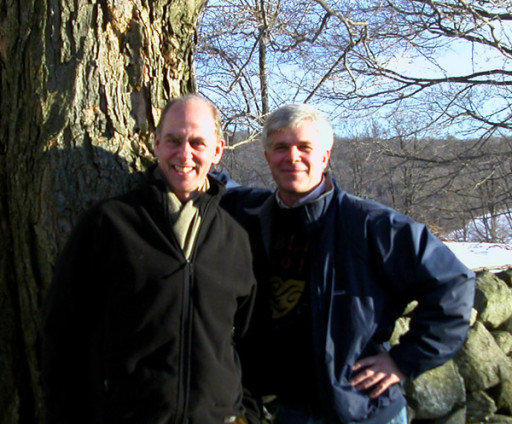 Joe Martens (right) with his former and new boss at OSI, Kim Elliman. Was it revolving door, or is it the case that he never left?

Imagine if an executive of some oil and gas company had been appointed DEC Commissioner after creating special interest organizations to lobby the DEC, which is precisely what Joe Martens did when he helped launch the Catskill Mountainkeeper from his OSI perch. Imagine that this organization was directed and run by family members of other executives from the same oil and gas conglomerate. That’s effectively what Catskill Mountainkeeper was  – it was a collection of individuals from other branches of the NRDC  gang and Rockefeller family, a combination of descendants and other lackeys – and Joe Martens lobbied for them before going directly into his DEC position.

Now, imagine further that this oil and gas executive created an advisory committee to supposedly guide his efforts on the whole fracking issue and stuffed it with members and associates of the conglomerate from which he just came, including three senior attorneys from his former employer’s firm plus several others closely associated with the firm. That’s, of course, precisely what Joe Martens did at DEC when he put three senior attorneys from NRDC and several NRDC/OSI associates (enough to make a majority) on his hydro-fracking advisory committee. After an outcry about the bias, he enlarged the committee with token representatives of other views but then let it die on the vine with no explanation after the hubbub had settled.

Now, suppose this former oil and executive tired DEC Commissioner, to ensure he got his way and was able to complete his assignment, had asked for a report from the state’s economic development arm, Empire State Development, to document the importance of fracking to the Upstate New York. Suppose he had encouraged them to collect studies funded by his former firm and its associates as a foundation for its opinion, using still other associates and beneficiaries of his firm’s largesse to “peer review” the studies.

Joe Martens did exactly that, of course, by soliciting a report from a hopelessly political Department of Health, which, in turn, relied upon studies the Rockefeller family and friends had funded and used virulently fractivist peer reviewers such as Sandra Steingraber, who were beneficiaries of similar funding. He then issued a Findings Statement that has all the appearances of being written by his former employers and their associates, rather than DEC.

Imagine this former executive’s theoretical boss, during the former’s interregnum from service at his oil and gas company, had to run for re-election as governor and the Chairman of the Board at his former employer donated heavily and did a videoed endorsement of the governor. This is, again, pretty much what happened in this instance as Andrew Cuomo received not only money, but also a video endorsement by Larry Rockefeller, the man at the center of NRDC, OSI, the Catskill Mountainkeeper and all those land deals where the State of New York outrageously overpaid for land sold to it by this gang. Rockefeller is one of Joe Martens’ real bosses and another is Elliman (Larry’s second-cousin). [Preet, if you or your staff are reading this, ask for the appraisals and the details on the $25 million of Empire State Development financing these folks secured from the taxpayers to fund their sweetheart deals.]

Imagine that, after this oil and gas executive temporarily turned DEC Commissioner had engineered an approval of fracking and go-ahead for his former employer to drill on the tens of thousands of acres of land in which they had interests, he had, within matter of hours, announced he was now immediately returning to that firm to benefit from that decision.

This, yet again, is exactly what Joe Martens has done. He knows fracking will eventually come to New York, but his assignment was to delay it as long as possible and then temporarily kill it for several more years with a ban “at this time” – enough time for his former and once again employer to buy more land on the cheap and sell it to the State of New York for three times the money using state jobs program financing or the like to sweeten the deals. Now, he gets his reward of a return job at OSI where, presumably, like Kim Elliman, he, too, can earn megabucks from this phony charity called OSI that is just another special interest.

Finally, imagine what the press would be saying about all this if the scenario I just painted regarding this oil and gas executive turned DEC Commissioner were true. There would a deafening roar of disapproval and “revolving door” accusations leading to calls for legislative action to ensure it doesn’t happen again. Yet, that’s undeniably precisely what has occurred here if you substitute NRDC gang/Rockefeller family for oil and gas company. It’s as outrageous as it gets and this little article and all those which have preceded it only begin to plum the depths of the corruption.

Let me offer just one other point on all this, though, and this is something that ought to very much interest Preet Brahara if he really wants to expose the foundation of New York corruption. I’m talking about the relationship of all these players from the NRDC gang and Rockefeller family to the already unfolding scandal Brahara is investigating. Readers will recall a post we did two months ago regarding the arrest of New York State Senate leader Dean Skelos, where we raised questions on the subject, noting the role of the chair of the Waterkeeper Alliance, Glenn Rink, in the scandals.

The Waterkeeper Alliance, of course, is Bobby Kennedy Jr.’s organization and he is, in addition to being Cuomo’s former brother-in-law, one of the three senior NRDC attorneys Joe Martens put on his hydro-fracking advisory committee; the one that quietly and conveniently disappeared after he was forced by public complaints to enlarge it. Kennedy also served on the Catskill Mountainkeeper board along with Larry Rockefeller at one point and John Adams, the father of Catskill Mountainkeeper Ramsay Adams. John Adams is one of the founders, with Rockefeller, of NRDC. He also chairs OSI. The boards of these entities, Joe Martens’ real bosses, are hopelessly intertwined and Adams also serves on the board of the Riverkeeper (Hudson Valley) which is the principal entity from which Kennedy runs the Waterkeeper Alliance.

There is, as it turns out, an additional connection to the Waterkeeper Alliance. Another of its directors, in addition to Glenn Rink, may be one of Brahara’s informants. That director is a fellow named Charles Dorego, a real estate executive who appears to singing to tweeting like a songbird to Preet, according it this story. So, we have two prominent Kennedy/Waterkeeper associates involved in the corruption scandals and Kennedy and his associates are deeply involved with the NRDC gang and Rockefeller family network that employed, and now will once again employ Joe Martens. 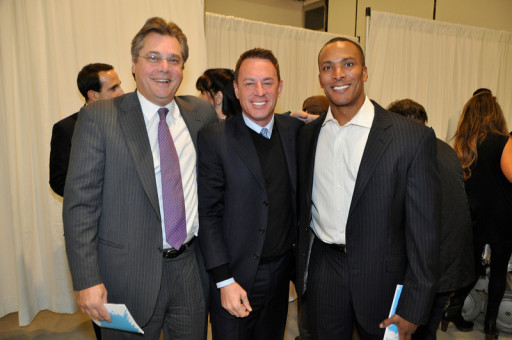 What we have is a web of connections between the Rockefeller family and the environmental special interests who are setting New York State policy. Joe Martens is their lackey. They put him in as DEC Commissioner and will now take him back without the slightest embarrassment because they believe they can get away with anything. Joe Martens was their man. They own him and their relationship with New York State DEC is incestuous. They also funded the cover for he and his theoretical boss, Andrew Cuomo, to take down fracking, by funding the opposition through phony charities such as the Sustainable Markets Foundation. They put their man Jay Halfon in charge of coordinating it all. It’s corruption from top to bottom and it’s out there for anyone who gives a damn to see. Does Preet Brahara give a damn? That’s the question, isn’t it?