Judge Carlson has thrown out the biggest part of what remains of the Dimock case in a devastating critique of Scott Ely’s testimony and a lack of evidence.

Yesterday was a very big day in the Dimock trial as another resident told a story of living with methane migration and “firewater” long before there was any gas drilling in the area, Dr. Lawrence Hilbert smashed what little was left of Tony the Tiger’s credibility and Judge Carlson threw out the plaintiffs’ claim that Cabot Oil and Gas negligence had damaged their property values. The incompetent, ideologically driven nature of the plaintiffs’ case was never more apparent than it was yesterday, in fact, as their lawyers stumbled through the proceedings like some blind horse, bumping into everything, backing up, trying again and then running over the client. The biggest news, of course, was the unsurprising decision of Judge Carlson to throw out the negligence claim; one of only two claims left from those originally made by the Dimock plaintiffs, the bulk of which had been dismissed before the trial began. Carlson’s decision yesterday now leaves but one claim for the jury to decide upon; a claim of nuisance.  The judge rejected the negligence claim for one very simple reason; the plaintiffs offered no evidence of damages, a point he made over and over again. He seemed to excuse the plaintiffs’ attorneys for not delivering the goods and, rather, blamed Scott Ely for not producing evidence in response to their questions:

…I carefully studied the testimony of Mr. Ely which was the only testimony that went to these issues in my estimation and only testimony identified by any of the parties relating to these issues. And, carefully studying that testimony I found no evidence that would allow a jury to reach any sort of judgment on the pre-injury value of this property. Indeed, despite efforts by plaintiff’s counsel to elicit such testimony, my reading of the transcript reveals Mr. Ely declined to give a valuation to the property other than to say that property values in Dimock were low and more specificity is needed for a jury it to make an informed judgment in this regard…

We have no evidence from which I believe a jury could reach in assessment of either value before the jury or any diminution in value after the alleged injuries which took place in a time frame of 2008 through 2009.

The only evidence of valuation that was presented in this case by the plaintiffs was valuation evidence that gave a value to improvements on the property improvements that were completed long after the alleged injury and, specifically, the construction of a 26-room 7,000 square foot residence on the property…Construction… had begun by the time this lawsuit had been filed, but gone only as far as excavation and the placement of footers. It seems clear to me the undisputed evidence is that the major construction in this case, that 7,000 square foot residence, took place years after the alleged injury to the property.

And, with respect to this property, the only evidence that I have received from the plaintiffs is evidence that indicates a dramatic increase in the value of the property.

…Mr. Ely represented that he had been told by contractors that the value of the residence that he was building, a residence whose construction stretched into 2011…was approximately $200 to $250 per square foot. Taking that number and multiplying it by the 7,000 square feet, which is the only number that I’ve been given in terms of the size of the property, would place a value on that residence of $1.4 million at least.

Mr. Ely also testified that the large estate in a partially completed state had a value of between $500,000 and $600,000, and he testified briefly that he had invested some $700,000 in the construction of the property.

But all of these numbers, all these valuations come well after the time when it is alleged that the plaintiffs first raised the injury…as early as the summer of 2008…

It was a pretty complete putdown from a common sense perspective and, though Carlson gave the attorneys some cover by placing the burden for delivering the evidence on Scott Ely, there’s no mistaking the subliminal message; that the case was poorly prepared and presented and there is no one to blame for that other than the plaintiffs’ legal counsel, who had the obligation to lead them properly through the case. Having, myself, been in involved as an expert witness in various property damage claims, it is simply inconceivable an attorney would not secure multiple appraisals in such an instance to establish before and after values. That it didn’t happen tells us there was either rank incompetence or a lack of evidence to be had. Carlson effectively gave the benefit of the doubt to the latter.

Thus did the case immediately get at least halved, but there was more. First, there was neighbor, Martha Locey, who has lived roughly three miles way from the Ely property all her life and once worked at a former nursing home on Carter Road, just up the road from the gas wells in question. Locey was another highly credible witness in the mold of Mildred Green who had testified earlier and she had a similar story to tell. It was one of bubbling water that could be set on fire and had lots of iron in it long before gas drilling was even a dream in the minds of local residents. Leslie Lewis did her best to cast doubt on Mrs. Locey’s testimony but it didn’t work. Here’s a typical exchange:

A. Our water is good now, fine.

Q. Okay. And the bubbling has subsided?

A. Well, you have some bubble in it, but that doesn’t hurt you.

A. I drank it a good many years.

Q. Have you been in an enclosed space where you had water on with methane coming out? Did you ever any reaction?

Q. Between drilling the second well in the 70s and the time that Cabot started drilling in your area, was there any change in the bubbling? 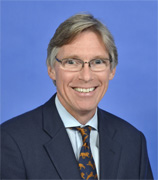 And, so it went until Lewis finally gave up. Then, it was time for Dr. Lawrence Hilbert (pictured to right), who proved to be every bit as good a witness as his associate Dr. Tarek Saba in dismantling the speculation of Tony Ingraffea. Hilbert is an expert on gas well integrity and lectures on the subject. He started off by offering this:

Everything that followed built on these four points and Hilbert was superb. Here is some of his testimony:

Q. Are you familiar with Dr. Ingraffea’s opinion testimony that each of these cement jobs, or four out of five (I can’t be sure exactly which he said) were, in his view, defective?

A. In my opinion, the cement jobs were not defective. They were cemented by Schlumberger. They used common methods and practices including best practices to cement these wells using established techniques that I’ve been studying for the last 30 years and have expertise and experience doing myself….

Q. Are you familiar with testimony of Professor Ingraffea that any pressure in an annulus of a well means that that well is defective?

A. Yes, I understand that to be the case.

Q. Would you comment on that opinion of his?

A. I think that’s incorrect. It’s my opinion that’s incorrect because all wells have some annulus pressure for a variety of reasons… Production gas that accumulates at the top of the well in that annulus causes a pressure and you are allowed to have a maximum permissible pressure or you can vent it. And, so…it is incorrect to say that it’s a defective well. I lectured on this. I have written papers on it. I have 31 years of experience in looking at wells all around the world and [such] pressure is a common event in oil and gas wells.

Q. Professor Ingraffea also claimed any gas migrating up a well bore meant the well is defective. Are you familiar with that testimony?

A. I also believe, for the same reasons, if you have fluids that are within the well bore itself and they are confined to those annuli in the well head, then that demonstrates that they are not going out in a the environment and they are showing that it has adequate integrity because that vent at the well head is controllable piece of equipment that you can vent or bleed down or put additional fluids into. That’s a controllable event not a defect in the well…

Q. Was there evidence of gas migration outside of the conductor casing on one or both of these wells at one or more times?

Q. Okay. Doctor Ingraffea’s testimony was that meant this was a defective well. Will you comment on that?

That’s the way Dr. Hilbert’s testimony went and it was devastating for Tony the Tiger’s case, which was one totally based on speculation. Once again, Lewis flailed about for a considerable time trying to undermine Hilbert, but it was an exercise in futility that went nowhere. That, in fact, is an apt description of how the entire day went for the plaintiffs, who are now reduced to arguing nuisance based on the speculation of junk science activists, some self-interested plaintiffs and the words of children. That’s how bad it is.

6 thoughts on “Judge Ends Part of Dimock Case: No Evidence of Damages”