The Dimock trial has revealed the ugly and intolerant face of fractivism as true believers intent on keeping the truth buried have used Facebook to do so.

Like many readers, I expect, we received word from Phelim McAleer this morning about an attempt by fractivists to shut down his reporting of the Dimock trial in Scranton, which has, to date, gone very badly if the evidence is any indication. Phelim has been writing about the trial and capturing some of the players on film outside the courthouse. Fractivists aren’t happy and have launched a campaign of intolerance to simply shut down Phelim’s voice, rather than defend their indefensible case. 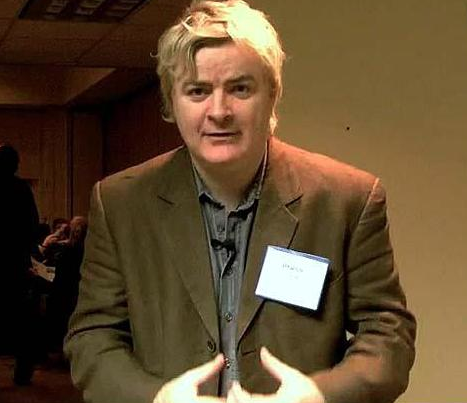 For those of you who may not have received it, here is what Phelim sent out:

Facebook has removed posts and suspended the page of a journalist covering a controversial court case after a targeted campaign by anti-fracking activists.

Journalist and filmmaker Phelim McAleer has condemned Facebook for allowing the censorship of posts that are court reports of an important case. The attacks on the FrackNation page started as McAleer’s posts on the alleged Dimock Water Pollution trial proved popular and revealed just how weak the case is.

Dimock is the village in Pennsylvania which has been described as the “ground zero” of fracking pollution. It has featured in documentaries such as Gasland and hundreds of other national and international media articles.

Phelim McAleer, the director of the FrackNation documentary, is the only reporter permanently covering the case and his reports on the FrackNation Facebook page, before the page was shut down, revealed there was almost no evidence to back up the allegations in the lawsuit.

It is McAleer’s extensive and detailed coverage that has infuriated anti-fracking activists who have been using the Dimock case as a centerpiece of their campaigns.

McAleer said the attack on his articles and videos was an attempt to censor the truth.

“Bit by bit – it is coming out that there is no truth to the Dimock allegations. I was posting many articles showing how weak the case was often just using the plaintiffs words and admissions under oath.” McAleer said.

“As they have watched the case collapse anti-fracking activists have become ever more determined to censor my reports and prevent the truth from gaining a wider audience,” he added.

Activists have launched a concerted campaign labelling McAleer’s reports as “inappropriate content” therefore prompting Facebook to remove them. McAleer’s page has now been reported so often that the page was suspended for 24 hours over the weekend.

McAleer has condemned Facebook for removing the posts and suspending the page.

“This is about justice and a high profile court case about a matter of public importance. Facebook are censoring court reports because one side does not like what is coming out under oath. They are now helping coverup the truth. This needs to stop, they need to republish the deleted posts and lift the threat hanging over the page.”

Two Dimock families are suing Cabot Oil and Gas, a Texas company in a case that had gained worldwide publicity as an example of pollution following fracking.

However McAleer’s reports have revealed that:

Why are fractivists so intolerant of others’ opinions or the sharing of facts? Why are they so afraid to simply get in the debate and relate their own story? The answer is obvious – they have no facts – and, perhaps, this picture taken by Phelim says it all: 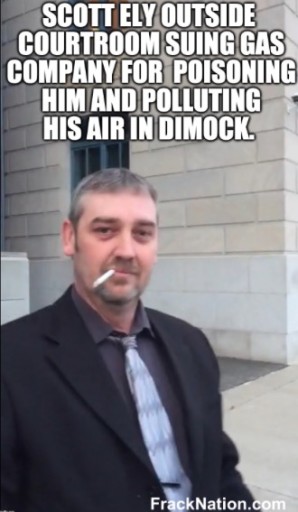 9 thoughts on “Dimock and the Intolerant Face of Fractivism”