The Dimock case on trial is moving rapidly to the grave as the plaintiffs finish with a whimper and Cabot’s expert relentlessly destroys their narrative.

Yesterday was the point at which the impending doom of the Dimock case for the plaintiffs became crystal clear. Indeed, this case may prove to be the final undoing of the entire fractivist narrative as it relates to water quality. The opposition violated the cardinal rule of not being careful about what they asked for. They wanted a chance to make the Dimock case and they got it. Now, they’ll have to live with the results which are devastating to their arguments over the last several years. Dimock is about to become the catchword for fractivist hysteria exposed. 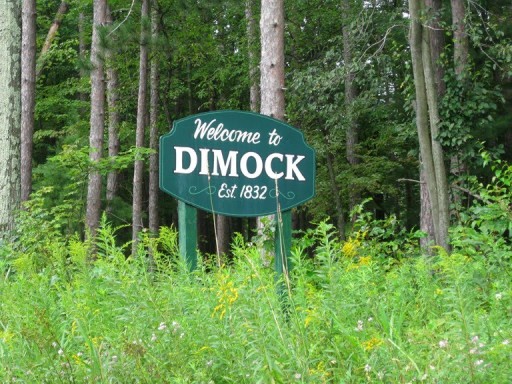 It was the end of the Dimock case for the plaintiffs side and it wasn’t pretty. They put on two witnesses, the adult daughters of one of the plaintiffs, both of whom had virtually nothing to say other than to generally confirm the water problems in the case of their parents’ well began before drilling of the gas wells in question; gas wells the plaintiffs argue caused the problem. This has been the case throughout the trial as the testimony of witness after witness has indicated the same thing; the water problems, such as they are, were there from the beginning, preceding gas drilling.

The performance of the two witnesses, who naturally wanted to support their parents and give an assist to the Dimock case, was as much as could be expected from them given the obvious lack of preparation by the hapless plaintiffs’ attorney Leslie Lewis. She clearly regretted putting them on the stand after it was over. It was, yet again, pitiful, with still further examples of conflicts with sworn deposition testimony and every bit of discussion indicating water issues blamed on gas drilling started before the drilling, which, of course, meant it wasn’t the drilling.

It got worse from there, as Lewis tried to argue for more time to produce another witness; a witness it turned out she hadn’t properly subpoenaed. The judge, noting he had previously warned her about the necessity to do it correctly, didn’t go for it, noting it had been a repeated problem and, after six and one-half years of trial preparation, he wasn’t going to make accommodations to correct a defective subpoena service and piecemeal the plaintiffs’ presentation of their case. It was all done with compliments and smiles but Lewis knew what had happened as someone finally insisted the fractivists playing fast and loose with Dimock all these years were finally made to play by the rules.

That was the morning session and when they all came back to court in the afternoon. the plaintiffs having finished their Dimock case, it was the opportunity for the Cabot attorneys to move to dismiss the case for lack of evidence. They made for a judgment as a matter of law; that is to say for the judge to dismiss the matter without the necessity of a defense or a jury decision on the basis that there was inadequate evidence to move forward. Cabot attorney Jeremy Mercer noted the case was about two things only:

…this case is about alleged water contamination, which is negligence and nuisance. In order to have either a negligence or a nuisance claim, there has to be a causal connection between the conduct at issue and the result that allegedly injured the plaintiff or the complaining party.

He proceeded to explain the lack of such connection in the evidence, pointing out the repeated evidence to the contrary indicating any water problems existed prior to drilling.

We believe based upon that, Your Honor, no reasonable jury could in fact find that Cabot’s drilling in September caused water changes in August or July or of that same year.

He proceeded to note “proof of negligence under Pennsylvania law requires proof of four elements, one of which is actual loss or damage resulting to the interests of another.” He further noted “the plaintiffs have been alleging every allegation that they’ve made is this is a permanent injury case,” a point with which the judge quickly agreed. Mercer then went on to explain “the damages recoverable are the amount of diminution in the fair market value of the property at issue.” He pointed out:

I must add, as someone who has served as an expert witness myself in numerous condemnation cases unrelated to natural gas, this was the thing I noticed more than anything else about the Dimock case; there was zero evidence of economic damages that one would normally expect to see where a plaintiff is alleging them. It was bizarre and demonstrates the case was never pursued with the plaintiffs’ real interests at heart but, rather, as an ideological weapon in the fractivist war against oil and gas development.

As to the Ely minor children…there’s no part of the property they’re unable to use. The only, the closest, impact they came to was the fact that they claimed to have to share bath water.

Your Honor, we submit that no reasonable jury could find that the three Ely minors would have to share bath water. It was brought out in questioning. There’s a 3,000 gallon water buffalo at the Ely home. That calculates out to 12,000 gallons of water a month. There’s no way that’s normal household usage;12,000 gallons a month for things other than drinking or cooking, which allegedly comes from bottled water. There’s no way 12,000 gallons of water would be used, such that three children would have to share a bath. There’s no testimony of the Ely minors such that they would have recoverable damages under the nuisance action.

Mercer also made much of the fact the plaintiffs had stipulated the first date of drilling with respect to the gas wells at issue was September 25, 2008 and Scott Ely had testified “on direct and on cross examination, numerous times that his water allegedly changed in August, 2008.” Lewis protested that she had tried to withdraw the stipulation:

Judge Carlson reminded her the stipulation was the alternative to “extensive proof that would certainly not have advanced your case” and suggested she had simply made “an appropriate tactical judgment” at the time. Lewis disagreed:

She then proceeded to ineffectively argue it was really early 2009 when the problems started but went nowhere with it, at which point the judge uttered the first of three remarks about his “grave” concerns with the Dimock case made by the plaintiffs. The first had to do with how to make “any reasoned assessment of damages” given the lack of evidence of those damages. Lewis responded in a most unusual way by saying “the plaintiffs are willing to accept the valuation calculus of defendants expert.” What? You just went through all this to prove a point for your client and now you’re willing to accept what the defendants have to offer? Is any more proof needed this case isn’t about the plaintiffs’ interests but, rather, something more ideological?

The judge also had “grave concern” whether or not cause and effect had been established. He made clear he was highly skeptical regarding the negligence claim but left the door open on the nuisance claim and ultimately decided to defer action on dismissal until a later time in the case, leaving the door open for such action but allowing the case to proceed with Cabot’s defense case and it began with a whisper that grew to a cloud clanging bang, ringing out the message that Dimock will stand, in the end, as the vindication of science and truth over fractivism’s falsehoods. 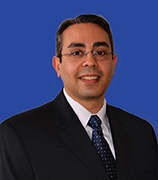 Cabot put on but one witness yesterday and what a witness Dr. Tarek Saba (pictured to the right) was. He completely demolished Dimock narrative of fractivists in the space of an hour or so.

There isn’t enough space here to do justice to Dr. Saba’squalifications, but he’s an established expert in natural gas fingerprinting, hydrogeology and environmental forensics, all of which specialities he described in detail for the jury, noting he had previously done expert witness testimony both for and against oil and gas companies.

Saba started off with his very simple, easy to understand, conclusion:

He then very methodically, under questioning laid out his case with these points regarding the gas wells in question and the water wells of the two related sets of plaintiffs (the Ely family and the Hubert family):

Based in this information Saba concluded the gas found in the plaintiffs’ wells “was natural occurring.” He also proceeded to talk about chloride levels, noting chloride was used or existed in relatively high concentrations throughout the gas well development process and, because it does not attach to or react with soil and moves quickly, is an excellent basing for tracing pathways through the bedrock to learn if anything associated with the wells had questioned might have, in fact, moved through the bedrock to impact the plaintiffs’ water wells. What he found, even in the case of the outlier water tests results produced by Paul Rubin, probably due to over-pumping of the well, there was no elevated chloride level:

Saba then went on to discuss the character of the gases themselves (which indicated the gas found in the plaintiff wells was shallow methane coming from different spots) and the major differences between the Ely and Hubert wells, which indicated they did not communicate, the formation was tight and there was no likelihood of anything from the gas wells making it to those water wells. He ended with this:

The plaintiff’s water wells contain natural occurring compounds consistent with a background ground water condition in this area. The gas in their wells this gas is natural occurring. The time line doesn’t fit. The concentration do not seem to indicate a trend. The D.N.A. analysis [of the gas] shows it’s not coming from the same spot. I do not see, in my opinion, that these water wells are impacted by gas operations.

And, that was that. It was highly effective, easily understood and properly organized testimony that blew every allegation and bit of speculation by Tony the Tiger Ingraffea and Paul Rubin completely away. It foreshadows, if there be any reasonable jurors and any justice, the consignment of the Dimock case to the grave where it belongs. I can’t wait to see what today’s testimony brings.

4 thoughts on “Dimock Case Moves Toward the Grave”