Fractivists in the UK have learned a life lesson in an appalling display of hypocrisy by one of their own, revealed in a fascinating turn of events.

One of my best friends told me something long ago that resonated the moment I heard it; it’s seldom your enemies that get you into trouble, but, rather, your stupid friends. It’s an axiom in business and politics and one that’s never learned very well because, well, we all like our friends and are inclined to believe them more often than we should, especially when they’re telling us what we want to hear. Such is the case with fractivists in the UK who’ve just learned one of their hero’s was seeking a fracking job while attacking fracking. 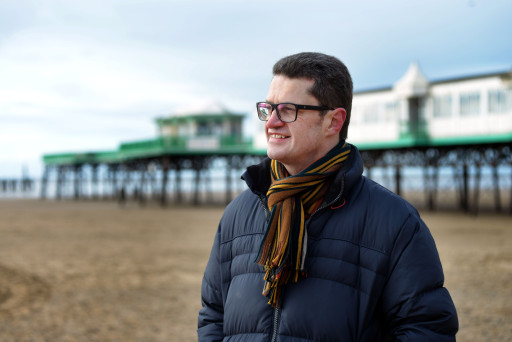 Mike Hill, pictured above in a self-serving classic “serious reflection” pose, is an engineer and one of the UK’s most prominent fractivists. He told the Guardian this in January, in fact:

“The health impacts can be severe. It’s an extremely messy business and we are going to have the most intensive fracking in the world,” says Hill, an electrical engineer who has addressed dozens of public meetings and met government officials. “The reason I entered the whole debate was because of my twin boys. Now it’s taken over my life. I am worried about the safety of my family, the safety of my environment and the safety of our lifestyle here on the Fylde coast.”

He also appeared in a debate in November that took place at the Canterbury Christ Church University. Hill is the guy on the right and was described in coverage as “a shale gas expert and a Chartered Electrical Engineer” and “a member of the Technical Working Group of the EU.” Here is the scene, from the article in the Canterbury Times: 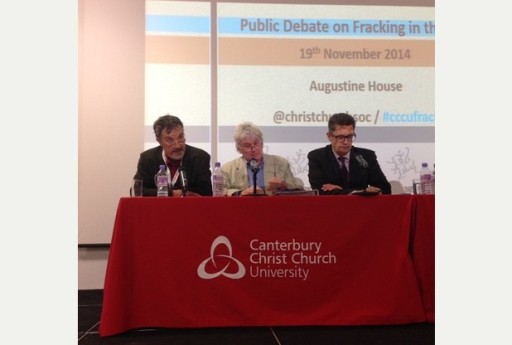 Hill played to the crowd like a politician or any one of several dozen fractivists from the US who make the rounds of friendly environments such as New York. It was pure demagoguery. Here’s a sampling:

What we get is life style degradation, gridlock, noise, [loss of] air quality, light, financial loss, jobs, businesses, tourism. On the Fylde, my area, we are expecting to lose about net 10,000 jobs when fracking comes to town. We get food all sourced from outside Lancashire because none of the farms will be able to produce in Lancashire when it comes. We get house values falling and, of course, we get public health issues.

Sounds a lot like our own Vera Scroggins (who the Guardian treated as a heroine before the news came out revealing the feature story was phony to the core) doesn’t it? Interestingly, the Canterbury Times had to later run a correction about that whole EU thing because, as it turns out, Hill was not “an expert advisor to the EU” as originally suggested but, rather, “a representative of the civil society [who] is not an official EU advisor and not entitled to use such a title.” That has the ring of certain US fractivists as well, of course, particularly Paul Rubin.

Hill sounded like a politician because he was in the course of becoming one. He has decided to use his fame as one of the UK’s flaming fractivists to run for a seat as a Minister of Parliament (MP) as an independent. Here’s his “manifesto” with respect to fracking:

This must not be allowed on the Fylde as it is unregulated and will destroy our way of life, result in net jobs loss, destruction of the environment above and below ground, significant house value destruction and most crucially – lead to severe health implications for newborns and the wider population. If elected your MP next May I will ensure this does not go ahead unregulated, uncontrolled and not inspected. The risks are too high.

Pretty strong, huh? Except, if you read it again it is classically political, not unlike Cuomo’s “not at this time” ban on fracking in New York. The rhetoric is emotional enough to make true believers imagine you’re with them, but wiggly enough to provide an out should things change and there appears nothing Mr. Hill would welcome more than change – change in his circumstances that is.

What do I mean by that? Well, it turns out Hill is among the hustler group of fractivists who are looking for any opportunity the issue might offer them. A UK blog run by a fellow who goes by the somewhat clever name of “Guido Fawkes” (if you know English history), just nailed Hill for some astounding hypocrisy. They found he had written to Mark Miller (former executive with Cuadrilla Resources) two years ago saying this: 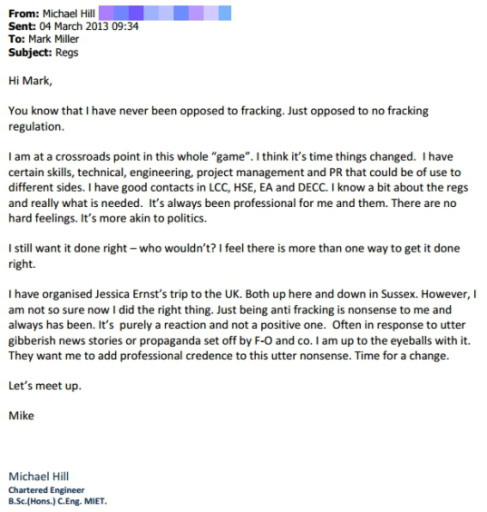 “Just being anti fracking is nonsense to me…I am up to my eyeballs with it. They want me to add professional credence to this utter nonsense. Time for a change.” Yeah, that’s the change he wanted then, but now? That’s a different story. Now, he wants a job as MP, so he’s back to the “utter nonsense.” He also, according to Guido, signed on with Friends of the Earth “to write their response to the Environment Agency’s technical guidance on oil and gas operation,” suggesting he’s more than willing to lend “professional credence” to what he has already acknowledged is “utter nonsense.”

Hill demonstrates the situational ethics of many fractivists we see on both sides of the pond. One minute they’re ready preaching doom and gloom, the next minute they’re looking for any way to make a buck or secure some attention from it, one way or the other. One wonders if Friends of the Earth and the folks in this picture with Hill have picked up on the “stupid friends” rule yet. 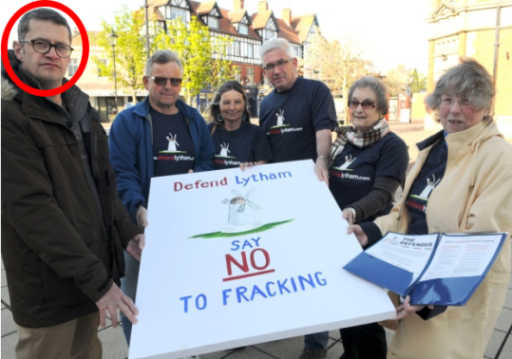 3 thoughts on “Fractivists Fail to Learn the Stupid Friends Rule”