A recent report in the Scranton Times reveals a fractivist lobbying sham and sets the stage for more of the same from the fractivist funded Common Cause.

We have, more than once, observed how groups such as Common Cause, which is itself a liberal special interest organization, have falsely accused the oil and gas industry of excessive lobbying while ignoring the active lobbying of their own allies. A sympathetic media almost always takes the bait and perpetuates a false impression of who is lobbying our elected representatives. Yes, the oil and gas industry does lobbying, but so do most other other industries and a whole lot of special interest environmental and other non-profits, except that the latter aren’t disclosing anywhere near what they really spend.

The Fractivist Lobbying Sham That Is Common Cause

Our attention was again drawn to this issue by an article in the Scranton Times by their Harrisburg correspondent Robert Swift. His report, while fair in many respects, also buys into the conventional politically correct wisdom by targeting the oil and gas industry, and the National Rifle Association while ignoring the lobbying of any environmental groups or other liberal constituent groups with whom the Scranton Times regularly sides in its editorial policies. He also fails to pick up on the real scandal – that these groups horrendously under-report their activities – except to quote one of the parties doing it, that being Common Cause. 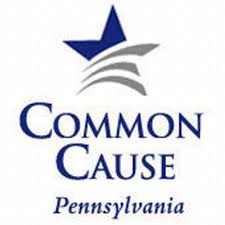 Common Cause, holds itself out as “non-partisan” and above it all, but the state lobbying disclosure site indicates it spent roughly $19,000 in Pennsylvania over the last year on lobbying. It’s anything but non-partisan.  Its representative told Swift the way lobbyists report on issues they’re working on “is pretty much a sham” and they should know.

Common Cause is actually two organizations, both tax-exempt. One is Common Cause, the 501(c)(4) political organization and the other is the Common Cause Education Fund, the 501(c)(3) charity group with whom it regularly exchanges funds. It’s a common ruse used to hide lobbying activity by claiming some of it as education or other non-lobbying activity. It allows money to raised as a charity while doing politics at the same time, even though it’s the same staff, offices and board members.

Yet, Act 134, Pennsylvania’s lobbying disclosure legislation is clear. It defines lobbying as follows:

An effort to influence legislative action or administrative action. The term includes: (1) providing any gift, entertainment, meal, transportation or lodging to a State official or employee for the purpose of advancing the interest of the lobbyist or principal; and (2) direct or indirect communication.

“Direct communication.” An effort, whether written, oral or by any other medium, made by a lobbyist or principal, directed to a State official or employee, the purpose or foreseeable effect of which is to influence legislative action or administrative action.

“Indirect communication.” An effort, whether written, oral or by any other medium, to encourage others, including the general public, to take action, the purpose or foreseeable effect of which is to directly influence legislative action or administrative action. The term includes letter-writing campaigns, mailings, telephone banks, print and electronic media advertising, billboards, publications and educational campaigns on public issues. The term does not include regularly published periodic newsletters primarily designed for and distributed to members of a bona fide association or charitable or fraternal nonprofit corporation.

Now, take a look at the Pennsylvania Common Cause website, found here. Look carefully at the number of issues on which they are engaged, the slick website and the descriptions of Common Cause Pennsylvania’s activities. Bear in mind that it has an office, phone number and staff in Harrisburg, including Executive Director Barry Kauffman, Executive Director of Common Cause Pennsylvania, who also served as past state chair of the Sierra Club (no agenda there, of course). Here he is (second from left) participating in a protest of the industry for doing what he does): 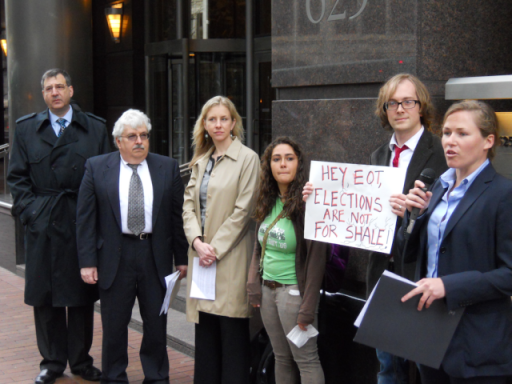 Are we to suppose to believe all of this, which is clearly directed to, at a minimum, “indirect communication” as defined by the act, amounts to only $19,000 of activity? Apparently so, and one is forced to agree with Kauffman that their reporting is a sham. It’s worth noting, too, the Common Cause Education Fund is a fractivist enterprise, funded by the notorious fractivist lobbying group, the Park Foundation. 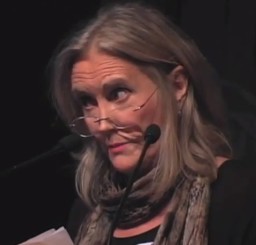 Common Cause regularly comes out with reports in New York proclaiming huge amounts of lobbying by industry while largely ignoring the activities of their sponsor, even giving its snob heir, Adelaide Park Gomer (right), an award to ensure the largesse keeps coming. We can. no doubt expect them to do the same in Pennsylvania because that’s what they’re paid to do.

Sympathetic media will consume and regurgitate the report for them, while ignoring or vastly underestimating the spending of organizations such as the Park Foundation ($22.3 million of spending in 2012) and the Heinz Endowments ($74.4 million in spending in 2012) through their various intermediaries.

We have, for example, documented how the William Penn Foundation has simultaneously served as the sugar-daddy for the Delaware Riverkeeper, and the Delaware River Basin Commission (DRBC), the former being engaged in suing the latter and serving on five of its seven committees at the same time.

Not only is this an incestuous relationship, but it makes a mockery of the lobbying disclosure process. The Foundation doesn’t need to disclose paying anyone to influence government – it sends the money right to the governing entity to buy influence directly, while suing with the other hand as insurance. It’s the ultimate carrot and stick approach to lobbying.

Yet, you won’t find the William Penn Foundation ($82.9 million of spending in 2012) listed among the folks doing lobbying on the Pennsylvania lobbying disclosure site. Nor will you find the Clean Air Council, which it funds, and which spends virtually all its time sending staff to Pennsylvania DEP hearings and encouraging others to attend those hearings for purposes of opposing each and every natural gas compressor station proposed by anyone anywhere.

You will find the Delaware Riverkeeper ($2.0 million of spending in 2012, huge chunks of it in opposition to fracking) listed and from April of 2012 through September of this year it reports spending a mere $160 on lobbying. That is nothing short of laughable give the appearances of the organization here, there and everywhere throughout Pennsylvania engaged in fractivist lobbying, opposing everything that moves and trying to influence legislation and public policy decisions of every sort.

The Riverkeeper was, in fact, in high gear recently opposing a modification of Pennsylvania’s completely unreasonable stream buffer requirements. The legislation was of little importance to the oil and gas industry, which had no difficulty meeting the old standards, but the recently signed legislation was vital to landowners in counties with high-quality streams who were virtually shut down from using their land by the rules. 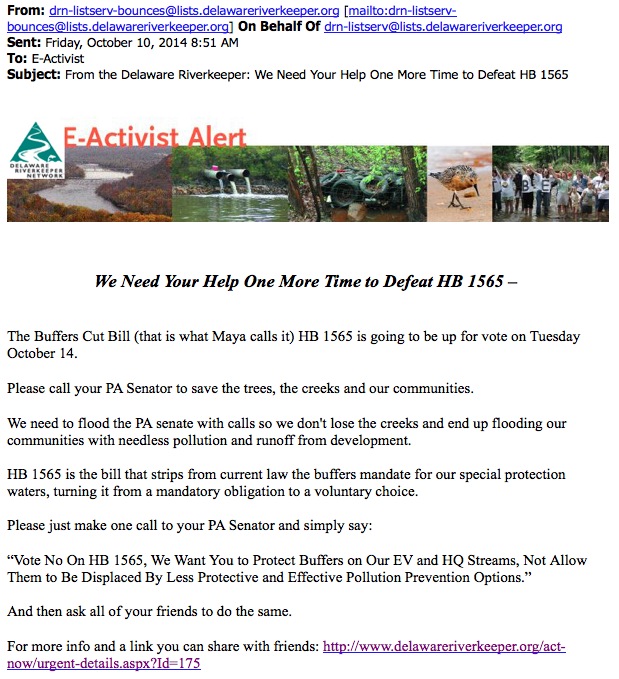 The Riverkeeper sent out communication after communication trying, unsuccessfully, to stop the legislation, making a massive effort to do so. It mounted campaigns against the PennEast pipeline, drilling and all types of other activity at the same time. But, it reported only $160 of effort, about enough to replace the welcome mats in its natural gas heated penthouse office suite in Bristol. It is nothing less than scandalous to suggest that was the extent of its lobbying under the Act 134 definition, yet it gets away with it because reporters aren’t interested. Dogging favorite targets such as the National Rifle Association and the Marcellus Shale Coalition is what they’re all about.

Meanwhile the fractivist lobbying sham on the part of these wealthy foundations and their toady organizations continues.

7 thoughts on “The Fractivist Lobbying Sham”