It’s that time of year again, when fracking opponents pay Common Cause to put out a report minimizing their own lobbying activities and wailing about the those of the oil and gas industry.

Several times a year, with more regularity than Halley’s Comet, a strikingly similar headline appears in the pages of New York news media about how the oil and gas lobby has outspent fracking opponents. It is generated from the periodic release of Common Cause’s analyses claiming the same and several news sources, already inclined to suspect anyone in the industry is Rosemary’s Baby, falls for it. Few take notice of Common Cause’s agenda or the fact it is allied with the big money special interests fighting oil and gas. Last year, the Albany Times-Union, for example, fell for it with this story, which might as well have been written by fracking opponents (most of it was, in fact). YNN followed suit a few days ago with this story, which is based on a newer version of the same report.

Before we get into the details, can anyone imagine the Albany Times-Union ever turning over the pages of its Capitol Confidential blog to the oil and gas industry? No, of course not, but that’s exactly what happened in this instance, with all but 143 words of uncritical introduction out of 2,292 words in total coming straight from the pen of Common Cause. I’m going to write, Rick Karlin, the author of the piece and ask him if he’ll publish this rebuttal in similar fashion, supportive intro and all.  Do you think he’ll go for it? We’ll see. 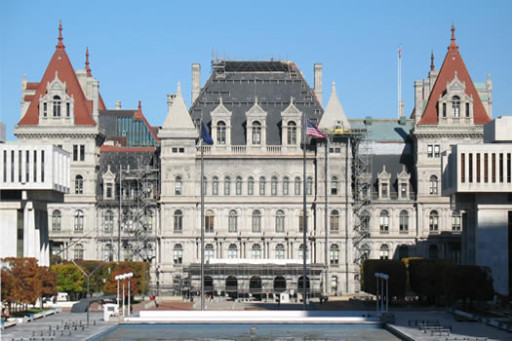 Anyway, the thrust of the argument is this; that the fracking lobby (that’s you and me and the evil and gas industry) made campaign contributions of $15.4 million from 2007 to July 2013 and spent nearly $48.9 million lobbying in New York State.

There are three major problems with this contention. The first of these is acknowledged in the Common Cause report itself, when it notes the following, (emphasis added):

Common Cause/NY’s analysis broadly defines “pro-fracking interests” as the full spectrum of industries involved in natural gas production rather than only the drillers. In New York, the largest campaign contributors involved in the business of fracking are the supporting industries like engineering firms, pipeline owners, chemical companies, construction industry organizations and unions, law firms with oil and gas practices, and other affiliated members of pro-fracking organizations such as IOGA and Clean Growth Now. Major statewide and regional business lobbies like the Business Council of NYS, Unshackle Upstate, and Greater Syracuse Chamber of Commerce have also taken leading roles in advocating for fracking.

Campaign contributions and lobbying on behalf of the construction industry, building trades unions and “business lobbies” are treated as fracking money? Are we supposed to believe these entities, or, for that matter, the oil and gas industry, have no interests other than fracking? One might have hoped this sort of superficial reasoning would have triggered a little investigation on the part of Capitol Confidential or YNN, but it was not to be. So, we did it for them.

The details are to be found in spreadsheets available here and it took all of five minutes to examine the data and learn the following:

Fracking Lobbying in the Eye of the Beholder

Consider, for example, the case of the Sustainable Markets Foundation, which is run by the same individual, Jay Haflon, who has been closely associated with one of the listed groups; the New York Public Interest Research Group (NYPIRG). He is also associated with the New York State Trial Lawyers Association (who feed from the legal trough created by NYPIRG), 350.org and Earthworks.

The Sustainable Markets Foundation, like 350.org, is a Rockefeller family entity. It has funded numerous anti-fracking initiatives and served as the conduit for funding of others. Its 990 IRS return for 2011 indicates (Part IV, Question 4) it does engage in lobbying, although its Schedule C indicates zero expenditures. The reality is that, among many other ant-fracking expenditures, it, for example, paid Walter Hang’s Toxic Targeting firm over $304,000 in 2011 as a “Project Coordinator” and has done much the same the two previous years. 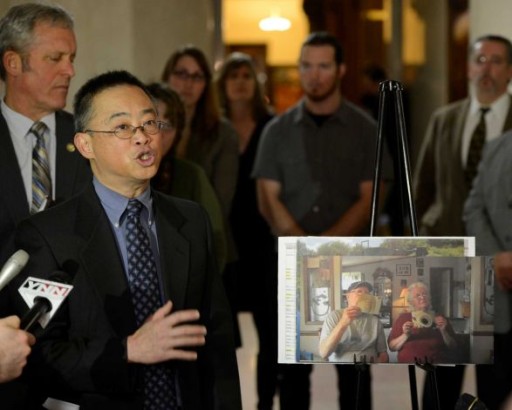 The project, of course, is fighting fracking, as one can easily discern from the company’s Marcellus Shale page on its website. IRS rules demand “no substantial part of the activities” of a non-profit such as the Sustainable Markets Foundation may be for “carrying on propaganda, or otherwise attempting, to influence legislation.” Is there any doubt that is exactly what is taking place? Yet, the Sustainable Markets Foundation is nowhere listed among those lobbying against fracking on the Common Cause list. Nor is the Catskill Mountainkeeper, where well known program director Wes Gillingham serves as a registered lobbyist and they spend hundreds of thousands of dollars advocating for anti-fracking legislation.

There are many ways for these organizations to evade reporting their lobbying expenditures and influence peddling.  The Sustainable Markets Foundation provides one of the best examples and it involves simply hiring someone as a consultant, rather than a lobbyist per se. Money laundering of a sort through organizations such the Tides Foundation is also common and this example of how they bought influence in the case of the Canadian tar sands issue illustrates.

This leads us to the third part of the fracking lobbying lie and that is the Park Foundation and its relationship to Common Cause. I wrote about this for Energy In Depth a while back and my associate Rachael Bunzey wrote about it more recently. These two blog posts explain most of what the reader needs to know but it’s also right there on the second page of Common Cause’s report:

We are grateful for the support from the Park Foundation for our research on money in politics in New York’s debate over fracking.

Get that? The Common Cause report is nothing more than the Park Foundation minimizing its own activities, exaggerating those of the industry and then self-righteously calling us out for excessive lobbying, all the while using completely bogus calculations to make its case. Almost no one reported this conflict of interest. Rather, they simply passed along the story. And, then, our friends in the media wonder why no one trusts them anymore.

17 thoughts on “The Fracking Lobby Lie”