The Shale Gas Revolution continues with new evidence every day that it is changing everything, everywhere, from Northern Europe to Southern Maryland.

Slowly but surely, it is dawning on countries around the world that hydraulic fracturing might not be the international bogeyman being portrayed.  The biggest change may come from the European Union.  According to the BBC, EU policies limiting greenhouse gases, together with Germany’s moves away from nuclear energy following the Fukushima disaster in Japan, have caused European energy prices to skyrocket.  This is bad news for the European consumer, makes European industry less competitive, and makes Europe more dependent on Russia and the Middle East for its energy.

In response, Germany’s Der Spiegel reports that the policy-making European Commission is seeking to forego environmental protection goals and pave the way for fracking.  “At the request of Commission President José Manuel Barroso, EU member states are no longer to receive specific guidelines for the development of renewable energy.  As of 2020 at the latest — when the current commitment to further increase the share of green energy expires — climate protection in the EU will apparently be pursued on a voluntary basis.” 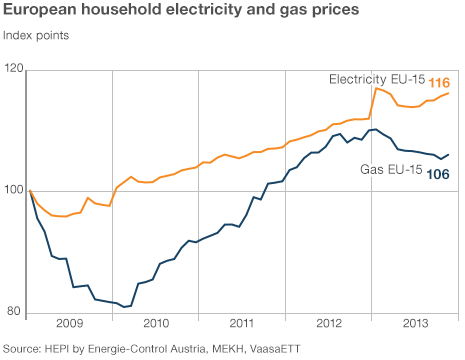 Shale Gas Revolution Critical to EU Getting Control of Prices

In addition, another German newspaper, the Frankfurter Allgemeine Zeitung, prints that the European Commission does not intend to set strict rules EU-wide for the extraction of shale gas, but only minimum health and environmental standards.  “The plans will be officially presented next Wednesday ahead of an EU summit meeting in March. Observers, however, believe that a decision is unlikely to come until the summer at the earliest. But action must be taken this year: At the beginning of 2015, a climate conference will take place in Paris at which a global climate agreement is to be hashed out.” 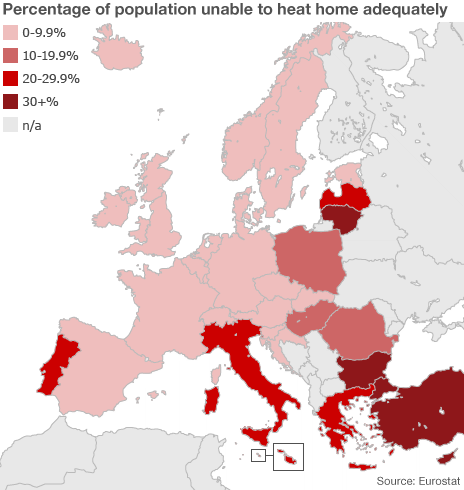 The result of this will be to further isolate Germany.  The German government, long a leader in environmental initiatives, actually seeks to increase its share of renewable to 60% by 2036.  Members of Angela Merkel’s government have been pushing the EU to join Germany in issuing strict guidelines, but they are meeting substantial resistance.  If the EU does not go along, Germany fears that it will be more difficult to go it alone.

Shale Gas Revolution Preferable to the Other Kind Maybe?

As this happens, Ukraine continues to struggle with mass rioting brought about by a sudden about-face of its government when it refused to sign trade agreements with the EU, opting to tie itself more closely with Russia.  Energy is a huge issue in this struggle as well.  Just four years ago, during a brutal winter stretch, Russia unilaterally shut off its natural gas pipelines that provide gas to Ukraine and through Ukraine to Eastern Europe.  It was taken as a power play by Vladimir Putin to put the Ukraine in its place and let it know that it remains dependent on Russia for Ukraine’s energy needs and economic development, though, as the following map illustrates, it needn’t be: 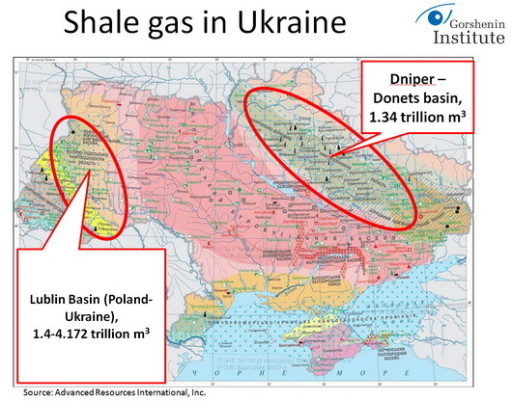 With Russia playing a possibly non-constructive role in Syria and standing with Iran in its nuclear standoff with the West, there is increasing unease in Europe to being so dependent on Russia and on the unstable countries in the Arab and Islamic world for region’s energy.  Poland continues to seek to develop its shale resources, albeit clumsily, and Britain looks more and more likely to really start drilling.  It appears the EU is learning an important lesson – that there are real economic, ecologic and geo-political downsides to depending so hard on “renewables” to provide economic and ecologic security.

In this country, Pennsylvania Governor Tom Corbett’s administration has petitioned to Pennsylvania Supreme Court to reconsider its decision in the Robinson Township case that struck down key provisions of Pennsylvania’s Act 13.  This is rarely a good legal strategy.  Usually, it just permits the Judge to restate his/her opinion and shore up any questionable areas.  The thinking here must be that, as I stated last month, Justice Castille’s language was so over-the-top (as when he specifically stated that shale development will harm the environment) that the Justice will at least tone down portions of the opinion.  This could be important later on as lower courts consider the provisions that were remanded and as the legislature reworks the Pennsylvania Oil and Gas Law.

A Shale Gas Revolution for Maryland? 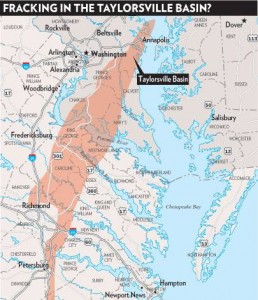 Just south, in Maryland and Virginia, there is another example of shale’s expanding reach.  I have written many stories of the potential for shale under Garrett and Allegany counties in Western Maryland.  Now the Shore Exploration and Production Corp. has leased 84,000 acres of land in Virginia relating to the Taylorsville Basin.  This basin runs mostly through Virginia and also goes into St. Mary’s, Prince Georges, Calvert and Anne Arundel Counties in Maryland.  As Governor Martin O’Malley’s Marcellus Shale Advisory Commission limps toward finally making recommendations that could allow fracking in Maryland, it may not be the Western counties that end up being most affected.

Editor’s Note: So goes the continually unfolding shale gas revolution that is changing everything, everywhere. Things will never be the same. That is a curse for some (those like Saudi Arabia who are on the losing economically, NIMBYs and those who hate all change) but a blessing to most of us.