The reaction to the DRBC fracking ban illustrates the exact nature of what is going on as landowners are cheated.

Yesterday, I pointed out why the DRBC fracking ban was a fatal misstep for the agency. It brought to a culmination the years and years of political corruption that have characterized the agency. Today, I want to share the reaction of some others and touch upon the nature of that corruption, the DRBC being now fully bought and paid for by a handful of other gentry class elites who have been pulling its levers for a very long time. 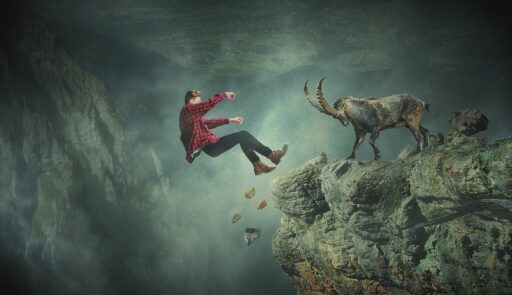 Let’s start with the reaction from those who, in contrast with increasingly ignorant media, really know what’s going. Here’s what Pennsylvania State Senator Gene Yaw, one of our favorites, had to say:

“The DRBC ban is not just an assault on a highly regulated industry that employs thousands of Pennsylvanians, but it’s another example of neighboring state’s dictating our energy policy,” Senator Gene Yaw said. “The Commission is using New York’s failed policies to institute a ban on development.  Pennsylvania has robust rules and regulations in place to protect our environmental resources, which have allowed for the safe development of natural gas in our state. This action serves to undermine economic development and job growth in the region and statewide.”

And, Nicole Jacobs at Energy In Depth offered this:

Today, now President Biden had the opportunity with the DRBC vote to stand up and demonstrate that this was not an empty promise. Instead, the Biden administration didn’t vote at all, and disregarded the promises made to union and working-class families across Pennsylvania.

While the president may not use the term “ban” or vote to enact one himself, since gaining office, he has placed an indefinite moratorium on federal leasing (i.e. a ban) and today showed he will support the efforts of others to prohibit fracking on private lands.

Pennsylvania Gov. Tom Wolf (D) did take a stance, voting yes to ban fracking in 13 counties and portions of several others in the Commonwealth. While this fulfilled a campaign promise, it was far from a decision backed by science and the experience of the rest of the state where prolific development has occurred.

In fact, earlier this week Gov. Wolf’s proxy on the DRBC, Dept. of Environmental Protection Secretary Patrick McDonnell – who also serves as proxy to the neighboring Susquehanna River Basin Commission – answered questions before the state Appropriations Committee on fracking in the SRBC:

“Rep. Fritz asked if Sec. McDonnell believes that a state can have a healthy natural gas development industry and be responsible stewards of the environment at the same time.

“Sec. McDonnell said he believes that is accurate.” (emphasis added)

This aligns with similar statements made by Sec. McDonnell in 2018 shortly after the public comment period for the DRBC’s regulations passed today, where he told state senators that in regard to fracking, “what we’ve seen in the studies that we’ve seen are; it has been fine on the SRBC side.”

To date, Pennsylvania has had more than 12,800 unconventional wells drilled and produces more than 6 trillion cubic of feet of natural gas annually. This development has generated more than $2 billion in Impact Tax revenue across the state – a large portion of which is used for environmental protection and improvement projects.

Unfortunately, communities in Wayne and Pike Counties have missed out on many of the financial benefits associated with natural gas development. Gas companies have paid billions of dollars in royalties to landowners across the state, improving the quality of life for rural Pennsylvanians and buoying local economies. However, shortly after the DRBC’s de facto moratorium on natural gas production took effect in 2010, several energy firms ended exploratory leases with nearly 1,300 residents in Wayne County. Approving the draft regulations pending before the DRBC will permanently deny these landowners the benefits that their neighbors in Susquehanna County have enjoyed for over a decade, and target an industry that has not degraded, but, in fact, improved, the environment.

Since 2010, CO2 emissions from Pennsylvania’s power generation sector have declined 36 percent as power plants have turned to gas for their feedstock. Additionally, in 2019, the DRBC’s neighbor to the west, the Susquehanna River Basin Commission, released its updated water quality monitoring report, which confirmed that natural gas production did not have an adverse impact on water quality in the basin.  Regulations that will have such a negative impact on northeastern Pennsylvania should be based on established science instead of political animus and preconceived notions.

These were great, of course, and expose the total lack of science behind the DRBC fracking ban, which is why it will never stand. But, look who’s celebrating and “just a wee bit too much,” as our guest blogger Bob Nolan observes. Here’s the Catskill Mountainkeeper, a creation of the Rockefeller family and its toadies who have their ruling class estates in the upper basin surrounded by state land buffers they have created through land deals:

Today’s Delaware River Basin Commission vote to ban fracking is a historic victory more than ten years in the making, and a testament to Mountainkeeper, our supporters, and our allies who have fought tirelessly to protect the water, land, and communities within the Basin. Today’s vote puts the final nail in the coffin for fracking in this pristine watershed.

Thanks to Governor Cuomo, Commissioner Seggos, and to all of you for this historic ban–we would absolutely not be here today without you.

Take it in: with the New York State fracking ban and the Delaware River Basin ban, we’ve got the largest frack-free region in the country.

But this day was never guaranteed…

Protecting the spaces we hold dear grew beyond our backyard and then bloomed into a major component of who we are as an organization.

Yes, it’s all been about their backyard and, after conning the DRBC and a corrupt Andrew Cuomo into doing their dirty work to protect their personal wildernesses and McMansions in the woods, they have the gall to talk about the “greed” of landowners just trying to make a living for their families to pay the damned taxes.

Josh Fox, their agent, takes the cake though:

We have just won a complete and total ban on fracking in the Delaware River Basin. The fight that started GASLAND. The fight for 16 million people’s water. The fight for a national treasure. When we organize we win!

Today’s Delaware River Basin Commission vote to ban fracking is a historic victory more than ten years in the making, and a testament to the power of grassroots movements who have fought tirelessly to protect the water, land, and communities within the Basin.

This is the fight that inspired GASLAND, when we made “fracking” a household word, and exposed the dangers and destruction of fracking to the world. GASLAND activated hundreds of thousands of people to sign petitions, attend meetings, send emails, join rallies, protest, lobby, and fight for our land, our water, and our future. GASLAND was a critical tool for grassroots organizers to drive awareness to action.

Yes, I said “their agent.” That’s because Josh Fox has been funded and otherwise supported by the Park family, the Rockefeller family and the foundation created by that tobacco heiress. The richest of the filthy rich financed the DRBC fracking ban.

But, Bob Nolan is correct. This ban will not survive. No, it has, in fact made the case for further litigation as well as a humongous takings lawsuit. This action will, in the end, wipe away every smile by the disingenuous elite people pleasers at the DRBC.