Gasland II was the beginning of the end of Josh Fox’s meaningful influence on the fracking debate but it sure attracted some strange and unexpected friends .

Everything started going downhill for Josh Fox after Gasland II came out – it was that bad. Fox’s influence has dwindled in inverse proportion to his arrogance and he has, ever since, increased the intensity of his table pounding and made ever more extravagant claims i vain attempts to bring more attention to himself. I’m not sure any of us care that much what he’s up to these days, but his 15 minutes of fame served to help identify some of the enemies of rural development who flocked to him like moths to a streetlight during that period and they are a strange and eclectic bunch, if nothing else.

What brought all this to mind was stumbling upon the Gasland II credits page during an web search the other day. I’d seen it before, of course, but hadn’t focused on the names to any great degree. Now, looking at it again a couple of years later, I recognized more of them from other research during the interim.

Perhaps the most unexpected name on the list was Lucy Waletzky of Sleep Hollow, who is listed for “Special Thanks” right after members of Josh Fox’s own immediate family. Ms. Waletzky, readers will remember, is Lucy Aldrich Rockefeller Waletzky, the psychiatrist daughter of Laurance Rockefeller and brother of Larry Rockefeller, the founder of the Beaverkill enclave for the NRDC gang of which is the prominent member. Lucy is also part of the gang, of course, and the organization itself, as well Kate Sinding, one of their lawyers, are also listed in the credits. Let there be no doubt about the role of the Rockefeller family and friends in pushing the Gasland propaganda, which served their interests in keeping land prices low anywhere near the areas they’ve had their eyes upon. 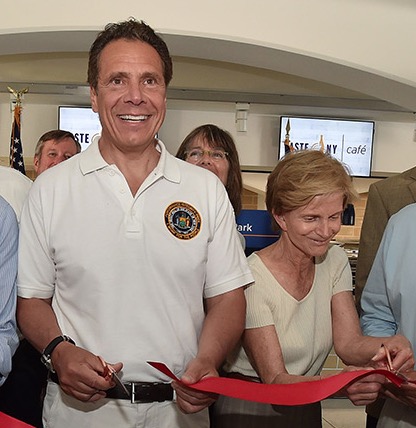 Lucy’s name is complemented, of course, by that of a far less unexpected member of the gentry class; Adelaide Park Gomer of the infamous Park Foundation, which directly financed much of the Gasland saga. The Park and Rockefeller families, as we’ve noted many times, work closely together through the Sustainable Markets Foundation and the connecting link is Jay Halfon, the Fractivist Rasputin. He, too, appears in the list of credits along with his friend Bill McKibben and two of the other fractivist outfits with whom he’s closely associated as a board member of each: 350.org and the Oil and Gas Accountability Project (Earthworks), not to mention the NYPIRG organization he led for several years. One wonders what role he may have had in directly assembling the Gasland project.

Then, there are the local fractivists. There’s Craig Stevens who inherited the brown jug from Craig Sautner and has used it to create some sort of career as a fractivist gadfly while soliciting work for money-grubbing trial lawyers. There’s Bruce Ferguson, the hair-triggered tempered former 60 Minutes producer who runs Catskill Citizens for Sustainable Energy. There’s Vera Scroggins, of course, the trespasser. And, there’s Barbara Arrindell of the Damascus Citizens for Sustainability, that group of “Damned City Slickers” (DCS) who love pretending they’re just good old Delaware River folks scared to death of fracking. None of these surprise, either, but then I noticed Rolf Beck, who shares an address with Arrindell.

I’ve known Rolf Beck for almost 40 years and that’s long enough, of course, for him to legitimately claim he is, in fact, a Damascus resident. I knew him as a landowner when I helped negotiate the Township’s acquisition of a unique piece of open space known as the Damascus Forest from him back in the day. He was more than reasonable then but, over the years, he came a perennial protester at Damascus Township and other meetings. I was aware he had an artistic background but never knew how he had arrived in Damascus Township. Well, it turns out Rolf has quite an interesting background and it involves quite a different type of movie (depending on how you look at it).

Rolf was a production manager and “The Gravedigger” in a movie called Memories Within Miss Aggie. It’s, shall we say, a special type of cult film that centered around a place where I went to school as a young child; Conklin Hill. There’s a church there where we used to put on little Christmas concerts and a graveyard filled with Conklins after whom the place is named. The producers of the movie took the occasion to trash everything the church stood for and they were very proud of that fact, according to what lead guy Harry Reems wrote a year later:

In Aggie, there is a scene that was shot in a tiny church, few miles from Milanville.

The Conklin Hill Church hadn’t been ‘in service’ for years. But there were still those who remembered it well and still loved it, as we soon learned. One of them was a seventy five year old woman who had been baptized, confirmed, and married there, as had all her children. A widow for many years, she still lived in the neighborhood and still mourned the closing of the church.

This gentle lady couldn’t have been more thrilled to learn that her church figured in a scene in “a major motion picture.” When Aggie opened in nearby Monticello, she hired one of the boys from the neighboring farms to drive her there so she could see the movie.

She saw her beloved church, all right. But she saw a lot else she didn’t like one bit.

Rolf Beck is apparently still proud of his bit role in the movie and pals with Josh Fox, whose parents came to Milanville in Damascus Township about the same time he did. He even took a walk through the cemetery again for the photographer. 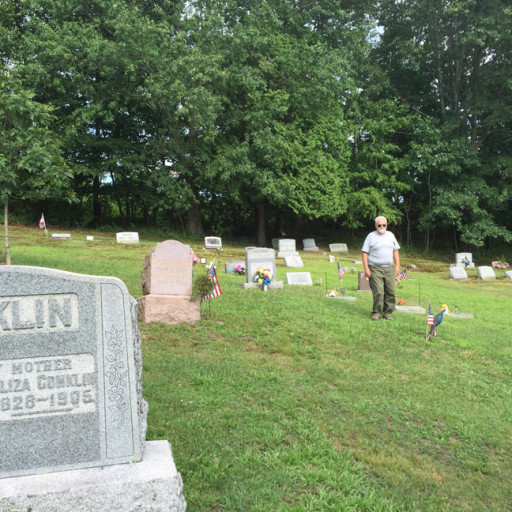 It’s an interesting grab bag of personalities who support Josh Fox and his Gasland exploits, isn’t? Such is the nature of fractivism, where wealthy members of the gentry class join forces with trial lawyers, artistic malcontents and has-been adult film stars to spread propaganda designed to ensure the destruction of a local economy and its heritage.

8 thoughts on “The Strange and Unexpected Friends of Gasland”