Gasland Part II is a sham documentary that, given its lack of credibility, doesn’t belong on television, but there it is on HBO and the reason has a lot to do with who Josh Fox knows and what they want from him.

When Gasland Part II is exposed as “science denial” by a serious environmentalist who’s convinced it’s “not fitting as an educational documentary or journalism” and worried it will damage the cause, you know Josh Fox’s extended 15 minutes of fame is over.  The only question is how he got free ride for so long; how he got HBO and others to pony up the money for his trash mockumentary sequel.  We’ve known about the Park Foundation’s role for some time, but there is now evidence of an assist from none other than the king of crony capitalists who has his own special interests.  It’s yet another example of how big money is behind so much of the fractivist agenda.

Gasland Part II may now be declared a dead letter.  When a guy with Alex Sagady’s credentials, who is, by nature, on your side uses the Daily Kos to say your full of it, the game is up.  Sagady has worked for the Natural Resources Defense Council (NRDC), numerous Sierra Club chapters, the American Lung Association, the National Wildlife Federation, the ACLU, the Clean Air Network, Friends of Hudson and numerous other environmental organizations.  He describes his role as, among others things, one of:

Sagady is, another words, the elusive genuine environmentalist, not the loud-mouthed eccentric or trust fund kid looking to build social cred as an activist without sacrificing anything.   He has now, under the pen name “LakeSuperior,” written two posts (here and, especially, here) on the Daily Kos going after Josh Fox as a guy who is dangerous to the cause because he’s more entertainer than anything else and doesn’t get his facts even close to correct.  Here are some excerpts from the first piece (emphasis added):

The problem with Gasland is that it is entertainment that actually is “science denial” and thus not fitting as an educational documentary or journalism.

Gasland is out to deny that hydraulic fracturing of oil and gas wells can ever be carried out safely and to promote that position as widely as possible to the general public. As Josh Fox insisted in his recent appearance on the Daily Show, the oil and gas industry uses “fatally flawed engineering” in the United States’ oil and natural gas wells and that nothing about hydraulic fracturing can be fixed to make it acceptable in the view of Gasland. By doing so Josh Fox/Gasland denies the validity of the sciences of petroleum and natural gas process engineering, geology, geological engineering and hydrology (including risk assessment and safety analysis carried out using these scientific disciplines) and denies the engineering and scientific determinations of organizations like the U.S. Department of Energy.

The first diary in this series discussed how Josh Fox/Gasland made a false claim that the Society of Petroleum Engineers made a determination that 35% of the world’s oil and gas wells were leaking.

[Quoting Fox in Gasland] “What I didn’t know was that the 2005 energy bill pushed through Congress by Dick Cheney exempts the oil and natural gas industries from the Safe Drinking Water Act. They were also exempt from the Clean Air Act, the Clean Water Act, the Superfund law, and about a dozen other environmental and Democratic regulations.”

First, here is the actual truth of the matter…Dick Cheney didn’t do any harm to the Federal Clean Air Act because there is no “Halliburton Loophole” statutory law amendment of the Clean Air Act contained in the Energy Policy Act of 2005; you can read it here for yourself.

Contrary to Gasland claims, there is no exemption contained in the Federal Clean Water Act that is a categorical exemption of the oil and gas industry from jurisdiction under the Act for hydraulic fracturing process wastewater…..another Gasland falsehood.

Nothing about Dick Cheney’s Energy Policy Act changed anything at all about permit requirements binding on the oil and gas industry for discharges of hydraulic fracturing fluid or produced flow-back process wastewater to surface waters of the U.S. The Clean Water Act requires that oil/gas operators are not allowed to discharge hydraulic fracturing fluids or produced process wastewater flow-back to surface waters of the United States without a permit.

Here are some more excerpts from the second piece (emphasis added):

Several specific points Fox stated in the interview set off my “BullXXXX Detector,” including his claims about massive, uncontrolled methane emissions from oil and natural gas well drilling, well completion and production operations — claims which are not supported in EPA’s background documents on air emissions from the oil and gas industry.

When I first heard it, I immediately thought Fox’s claim about SPE was an absolutely unbelievable fabrication and conflation.   So I decided to contact SPE to see what they said about what Josh Fox said about them.

I just received an email from the Society of Petroleum Engineer official Paige McCown, Senior Manager Communication and Energy Education [saying] “Neither SPE, nor anyone representing SPE, has ever made the claim that 35% of the world’s (oil and gas) wells are leaking.  We have no basis for making such a determination.“

Josh Fox’s claim stating that the Society of Petroleum Engineers says that 35% of the world’s oil and gas wells are leaking is a total and complete fabrication.

So much for Fox’s claim that industry criticism of his movies consists only of “bald-faced lies,” suggesting he is somehow is just another victim.  Real martyrs don’t have to proclaim it.  Beware of the guy who cries victim; more than likely, he’s doing precisely that of which he excuses others.  Gasland Part II is little else – a piece of trash.  So, how did it get funded and end up on HBO? 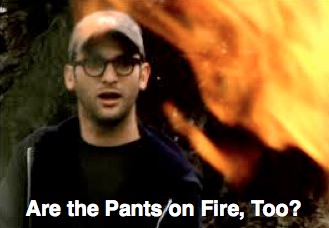 Let’s follow the money to find out.  Fox reportedly received $750,000 from HBO Documentary Films to pursue Gasland Part II.  No can verify how much money changed hands or who exactly it went to, however.  This is because Fox’s non-profit production company, Sweet Jane Productions, Inc., has yet to file an IRS Form 990 for any period since June 30, 2010.  He uses this non-profit corporation as a vehicle to collect government grants and support from the likes of the Rockefeller Foundation ($50,000 for “an interactive drama exploring theater as immersive and educational”).  He has received at least $275,000 from Park Foundation for promoting his anti-gas films and a proposed Gasland Part III, but whether his charity facade was used to collect HBO money for Gasland Part II is unclear.

What is clear is that the President of HBO Documentary Films, Sheila Nevins, has been closely involved with the Soros family through another non-profit corporation called the Creative Capital Foundation, which has been another source of funding for International WOW, Fox’s d/b/a for Sweet Jane Productions.  International WOW received $50,788 from Creative Capital in the last fiscal year for infrastructure support and Sheila Nevins was an early board member of that organization, along with Jeff Soros, the film producer nephew of George Soros, the insider trader and funder of so many leftist causes and other nefarious enterprises (e.g., almost bringing about the economic collapse of the United Kingdom).

The nephew Soros has a film company and apparently has put out one film after more than a decade.  It’s apparently quite good but, fittingly, is called “A Small Act” and, of course, was put out by HBO Documentary Films.  Prior to that film in 2010 he appears to have spent most of his time writing screenplays that didn’t get produced and learning how to give his money away.  Meanwhile, his uncle George and cousin Jonathan, have been giving Andrew Cuomo $750,000 to play Hamlet on the Hudson, Lady MacBeth and any number of other tragic Shakesperean characters that come to mind as he puts upstate New York through a living hell.  No doubt, George likes the idea of keeping New York out of the fracking game – it probably increases the value of his Petrobras investment, although Soros is the kind of guy who plays both sides to win. 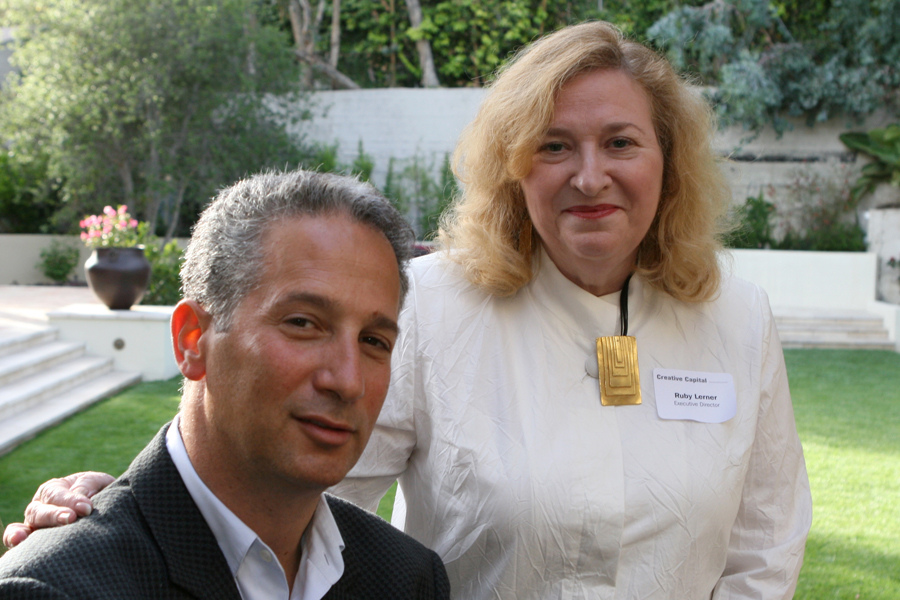 Wealth, a slow-paced career and a dangerous old uncle don’t make you a bad person, of course, but what all of this demonstrates is the big money and even bigger connections behind Gasland and its progeny.  Whether it’s the Park family, the Rockefellers, the Soros family or Debra Winger, the Gasland films are driven by very wealthy people trying to stop natural gas development for anyone else who might benefit.  That’s how trash movies that deny science get featured on HBO as featured documentaries; the same way Governor Cuomo runs television advertisements praising what’s he’s not done for upstate New York – with other (very rich) people’s money.