You may imagine I’m putting lipstick on a pig but, mark my words, the DRBC ban is a fatal misstep by this gang of public agency thieves.

Well, after a decade of pretending they weren’t stealing the gas rights of Upper Delaware landowners, the Commissioners of the Delaware River Basin Commission, said the quiet part out loud today a vote to restrict fracking a formal DRBC ban. It’s outrageous, of course, with zero justification given the experience in the Susquehanna River Basin Commission, where the same majority governs. We’ll be doing several posts on the subject but, right now, landowners need to know the DRBC ban is a fatal misstep by the agency, a “Plan B” that will yield even more litigation. More importantly, this declaration of theft has cleared the way for a $1-2 billion takings lawsuit that will make landowners rich and destroy the agency. 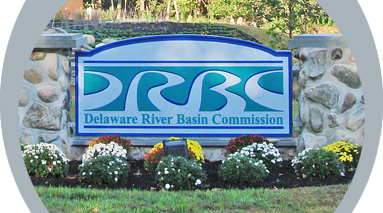 Appreciating why this is so demands a little explanation.

The DRBC knows full well it is headed for a likely defeat in October when the Wayne Land and Mineral Group case finally goes to trial. The Third Circuit made it very clear the DRBC approach to regulation wasn’t going to withstand scrutiny. Moreover, Judge Mariani has already indicated he knows the game the DRBC was playing with its unending moratorium that it tried to say somehow wasn’t one. The DRBC ban enacted today with the support but not the vote (figure that one out) of Chairman Xiden’s representative and Tom the Trust-Funder Wolf, is a Plan B the agency has been forced into and it will likely try arguing the WLMG case should now be dismissed as moot.

But, that’s unlikely to work. It’s a distinct long-shot, in fact, because the issues raised in that lawsuit don’t just impact natural gas. They impact any water-using industry or activity, in fact. The case raises extraordinarily important matters any landowner, any developer and anyone doing business in the Delaware River Basin. The WLMG lawsuit stands in the way of the DRBC’s future power grabs and the Third Circuit knows. This is why the DRBC Commissioners have very quietly softened their position in recent months by suggesting they only want to regulate in the same fashion as they do with their SRBC badges pinned to their thrust out chests.

Unfortunately, for these folks, they acted reasonably as the SRBC, regulating the water use while allowing the industry to thrive with a minimum of interference and the results have been great with “no discernible impact” on stream water quality. The industry had no reason to challenge such regulation simply because it was fairly applied without the elitist shills at the Delaware PovertyKeeper running the show. This means three things.

First, the governing majority that controls both the DRBC and the SRBC cannot allow the latter to lose its authority to do what it’s now doing (we’re talking agency revenue here, it always being about the money). It must at least attempt to get the WLMG lawsuit thrown out to save its SRBC sister agency, if nothing else. (By now you may be getting a clear understanding of why both agencies should simply be abolished.)

Secondly, the DRBC has now backed itself into a corner where it will almost certainly be sued again. The WLMG is a landowner suit (the people’s lawsuit), but the DRBC ban creates a dangerous precedent the industry cannot ignore under circumstances given the very similar compacts and identical governing majorities involved. The heretofore uninvolved industry has just been given a gigantic reason to get involved with a lawsuit of its own and that case is even stronger than the “project” case because the DRBC treats no other industry this way. It simply sets standards and requires meeting them without outlawing anything.

Thirdly and finally, the DRBC has also boxed itself into a takings lawsuit. The gas rights of owners of tens of thousands of acres, including major acreage where the only thing owned is gas rights, have just seen their property confiscated. In the latter instance, it’s 100% confiscation and in the former case, the Illinois lawsuit now before the U.S. Supreme Court illustrates there is a route to remedy that theft as well.

So, don’t bemoan the DRBC ban. It is reactionary move and a fatal misstep that will either result in landowners being allowed to pursue natural gas development or get rich as the alternative!

1 thought on “DRBC Ban A Fatal Misstep That Could Make Landowners Rich!”