Our friend Bob Nolan uses Dickens and Blazing Saddles to illustrate what a bunch of phonies the DRBC amounts to when it comes to us.

Ironic how relevant Charles Dickens’ novel “Martin Chuzzlewit” remains in today’s world.
“Seth Pecksniff, a character with a holier-than-thou attitude in Charles Dickens’s 1844 novel Martin Chuzzlewit, was no angel, though he certainly tried to pass himself off as one. Pecksniff liked to preach morality and brag about his own virtue, but in reality he was a deceptive rascal who would use any means to advance his own selfish interests.”

Hypocrisy – “The only vice that can’t be forgiven…the repentance of a hypocrite is itself hypocrisy.” 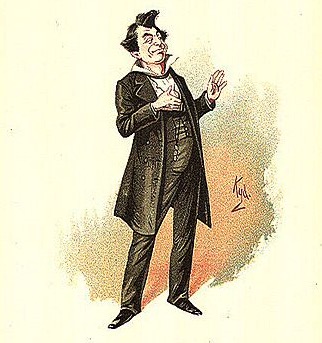 On Thursday, February 25, 2021, “the Delaware River Basin Commission (DRBC) will hold a special public business meeting” in their cozy natural gas heated confines in Trenton, NJ. The announced reason/excuse for this latest attempt at public posturing/hypocrisy is as follows:

“At this meeting, the Commissioners will consider final action on the DRBC’s Proposed Amendments to the Administrative Manual and Special Regulations Regarding Hydraulic Fracturing Activities; Additional Clarifying Amendments (“Draft Rule”), published for public comment on November 30, 2017. The public comment period closed on March 30, 2018.”

Buried in the morass of accompanying info is this caveat:

“There is no set schedule for a vote by the Commission to adopt final rules.”

So what of this eloquent tongue-twister from that unelected cabal of DRBC sycophants? The Commissioners who have been genuflecting before the altar of their billionaire, trust-funder benefactors and their bottomless pit of cash for more than the past decade, and what of the undue, corrupt influence of other monied, self-serving interlopers/enablers like Ms. Uriah Heep personified, the Delaware Riverkeeper/Povertykeeper, Maya van Rossum and her bedfellows and the deep pockets of their backers.

What’s a guy residing in Wayne County, PA supposed to glean from this announcement proclaiming essentially, “We, the DRBC, fully complicit with those greasing our wheel, reserve the right to continue kicking the Marcellus can down the road, and for good measure, we’ll continue cooperating with our allied, monied, interested, duplicitous ‘stakeholders’ in the ongoing theft of your property rights, and finally, your land”….???

That’s right, because when you separate the wheat from the chaff, what the DRBC seeks to due is completely ban high volume hydraulic fracturing (HVHF) and regulate any related, water involved project. Further, the proposed regulations would place any project involving any water use under DRBC purview. DRBC has zero authority to regulate land use by private property owners…period. The DRBC posit is way beyond a bridge too far.

If you have not done so previously, now is the time to defend the rights God gave you as a Freeman. Your property rights and the option to harvest resources from your land beneath your feet don’t come from the DRBC or any of their represented parties, the state governors, etc.

The DRBC presently finds itself in a very tenuous, indefensible position. They’re attempting to ban HVHF and Marcellus related development within the Delaware River Basin amounting to the wholesale theft of your property rights, while the same individuals sitting on the SRBC (Susquehanna River Basin Commission) not only embrace Marcellus development and HVHF in the Susquehanna Basin, they tout the absence of any deleterious impact on water quality. Their justification for this hypocrisy is of the following order:

DRBC currently is facing trial as the defendant in U.S. District Court in Scranton, PA this October. The plaintiffs, Wayne Land & Mineral Group, having filed suit advocating for their property rights and the right to access the same without the unconstitutional overreach of the DRBC. WLMG had litigated this matter to the Third Circuit Court of Appeals. So essentially, DRBC finds itself in the unenviable position defending in federal court a prohibition against a completely safe and legal, widely practiced, industrial activity in one river basin that it warmly embraces and handsomely profits from just a stone’s throw away in the adjacent river basin.

This matter before the court and the far reaching, accompanying implications/precedent is, by far, the most consequential land use issue of my 67 years in Wayne County. You need to advocate to your elected representatives an unequivocal position firmly supporting your property rights under God and the U.S. Constitution. If not now, when? If not you, who?