Dimock defendant Ray Kemble and friends have so exasperated their lawyer that he’s screaming “let me out” as AP puts out fake news calling Cabot the bully.

Monday will be a thoroughly entertaining day in Montrose. Things are coming to a head in the Pigs to Rigs lawsuit. Ray Kemble after promising the court he’d change his ways and be a good boy, has so antagonized his lawyer, Rich Raiders, that the latter is simply begging the court to release him from representing this infamous Dimock defendant. We knew it was coming. Bill Huston told us so.

And, now we have a copy of the motion filed with the court. It tells anyone interested in the truth what a bunch of fakery Kemble and friends have engaged in, as they’ve traveled the country on somebody’s expense account attacking Cabot, fracking and the gas industry. Yet, what do we get from AP? More fake news that ignores the lawyer fiasco, fails to share data it had in its possession and falsely accuses Cabot of bullying for simply demanding Kemble be held in contempt for not cooperating on depositions. It’s the journalistic template, it seems. 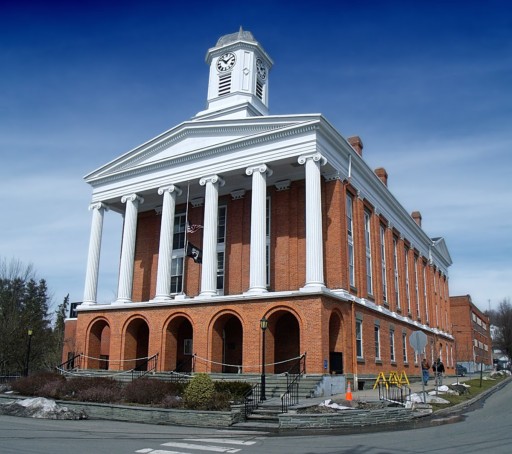 The AP story, compiled by an ordinarily decent reporter I’ve dealt with many times by the name of Mike Rubinkam, is titled “Gas driller seeking to have man thrown in jail for contempt.” There’s nothing like a little inflammatory language when it comes to reporting on Dimock, is there? Of course, Mike doesn’t write the headlines for his stories, so we can forgive him that one. But, when he writes that Cabot is “demanding” Kemble “be thrown in jail over his failure to submit to questioning as part of the company’s $5 million lawsuit against him,” that’s not quite the truth, is it?

No, the hearing that will take place at 8:45 AM on Monday is for Kemble to show why he should not face contempt and potential jail time for refusing to honor a subpoena to appear for a deposition in a case where he is the defendant! What is Cabot to do? Can a defendant avoid a lawsuit by merely walking away and refusing to participate? That’s hardly justice. No, there have to be consequences for failure to appear for court proceedings, and depositions are clearly extensions of court proceedings. The point of the hearing is to examine whatever reasons Kemble offers for not cooperating and to act accordingly. But, AP wants to paint Cabot as the bully for demanding the real bullies answer questions.

Kemble, all of sudden, after years spouting off to everyone everywhere Food & Water Watch could arrange a visit by him, doesn’t want to talk. That’s odd, huh? But, last September, before being subpoenaed for depositions, he talked a lot about how Cabot had supposedly “wrecked his finances, health and quality of life.” He’s tried to maintain he still has water quality issues after settling his case in 2012.

He worked with hog farm suer Charlie Speer, in fact, to sue Cabot again, despite that settlement, until Speer actually moved to dismiss his own lawsuit on behalf of Kemble, another fact left out of the AP story. And, to further embellish the fake part of the news, also left out is the fact ATSDR has already indicated there’s no evidence of a water quality problem attributable to Cabot. AP apparently got that information from Bill Huston’s blog long ago and obliquely referred to it another story, but there’s no mention of it in this one. No, no…just wouldn’t fit the template. Better to say the Feds are “still analyzing the results.”

The real story that reveals Dimock defendant Ray Kemble in the full light of day is to be found in the Rich Raiders motion to withdraw. I assume AP knew about it and had a copy of the filing as it’s a public record. Yet, once again, no mention is made. The fact Cabot is asking Kemble to be held in contempt isn’t news—it happens in courtrooms every day. What doesn’t happen every day is that an attorney, in a relatively high-profile case for himself, asks to withdraw because is “impossible” to represent his client. That’s real news AP is smothering to death. Here it is, though, right from the motion itself (emphasis added):

AND NOW, Rich Raiders, counsel for Defendant, Raymond Kemble (“Kemble”); submits this Memorandum in support of his Petition to Withdraw as Counsel for Kemble.

Attorney Raiders agreed to enter the case in November 2017, shortly after Plaintiffs successfully sought default against Mr. Kemble in the instant matter. Mr. Raiders then successfully sought the Court’s leave to reopen the case for Mr. Kemble, to where Mr. Kemble filed Preliminary Objections that are being argued before this Honorable Court contemporaneously with this Petition.

Mr. Kemble has resisted participating in discovery, declining to provide answers to basic questions, indicating his unwillingness to be deposed, requesting counsel to file frivolous quashal motions to avoid deposition, and otherwise obstruct counsel’s attempts to represent his interests. These actions and the actions of the others the Court will hear from on February 4 have made ongoing representation of Mr. Kemble impossible. Counsel is fully unable to develop any case strategy while dealing with months of drama to allow basic discovery to occur. This firm does not have the resources to address the ongoing battles while trying to sustain any defense whatsoever…

Here, the press conference, the discovery challenges and Mr. Kemble’s unwillingness to engage in any discovery efforts has made the instant representation difficult if not impossible. This press conference, conducted without any advance warning to counsel, directly implicates the causes of action Plaintiffs offer in their complaint. Counsel only learned of the press conference by two members of the media alerting counsel, who resides over 100 miles away in Lebanon County. The Court will hear at this argument session from William Huston, who has assume the role of attorney in this matter. Mr. Kemble has adopted Mr. Huston’s legal strategy and theories, such as some sort of conspiracy within Plaintiff’s organizations to act in Mr. Kemble’s interests. Counsel has no idea what Mr. Huston‘s legal theories would possibly accomplish.

An attorney seeking to withdraw is required to seek the Court’s review of the issue. Any withdrawal Is at the discretion of the Court. Here, the press conference showed that counsel is not in a role to have a full and open opportunity to develop litigation strategy and tactics. Counsel fully understands that Mr. Kemble has the right to seek support from his friends. However, when such support, which manifested itself in the instant press conference, harms the case, counsel must reconsider his role in the ongoing litigation.

Here, Mr. Huston is acting as Mr. Kemble’s attorney, seeming with possible license from Mr. Kemble. On a lesser scale, Mr . Stevens may also attempt to act, in some manner, as  counsel for Mr. Kemble. These individuals do not understand that their attempts to steer thls litigation without the oversight of counsel do nothing more than damage and compromise counsels’ ability to run any case at all. Under these conditions, counsel cannot continue.

In the last six months, Mr. Huston has asked, allegedly on behalf of Mr. Kemble, for counsel to take unsupportable positions in advancement of an agenda that does not seem to comport with this Court’s understanding of the case and direction In the Court’s body of rulings. Mr. Huston, allegedly under the color of authority of the client, demanded that counsel attempt to quash Mr. Kemble’s subpoena. However, counsel is fully unable to find any authority whatsoever under 231 Pa. Code§ 234 et. seq. that would allow a named party to decline to attend a baseline deposition. However, 231 Pa. Code § 4016 allows counsel, during such a deposition, to object to “fishing expeditions” and other attempts by counsel to stray from the search for discoverable evidence. Mr. Huston’s demanded that counsel stop Mr. Kemble’s deposition. Counsel found no colorable legal means to do so. Mr. Kemble Is a named party, his knowledge, experience and opinions are, by definition, relevant to the matter at hand. His defense from any Cabot “fishing expeditions” is to participate in the deposition and have counsel (or himself, if acting prose) objecting to questions outside the bounds of discoverable evidence. Counsel refused to file any such protective motion, as it would violate our duties as counsel to provide candor to the tribunal and not file flatly frivolous pleadings and motions without at least colorable legal justification. Thus, counsel refused such demands.

Interestingly, while the actors here refuse to engage in discovery, at least Mr. Houston alleges that counsel must depose a roster of people whom may or may not be involved in the factual dispute here without support or justification. Mr. Huston offers such demands  misunderstanding the limits governing attorneys’ roles and responsibilities. An attorney must show the relevance of any discovery target to the search for admittable evidence.

An attorney must develop any work product that would fall under the work product privilege. Mr. Huston falls to understand that work developed for someone other than the attorney, on direction of anyone not the attorney or the client, cannot be privileged in Pennsylvania. The only two types of privilege of note are attorney-client privilege, which is explicit between counsel and client, and work product privilege, which only relates to work product that the attorney produces or directs be produced to assist counsel. Demands from non-parties, without an explicit attorney request to assist with work product, cannot be privileged and are not binding upon the attorney. Mr. Huston wants to take over the conduct of this case. That is not his prerogative. Clients, their alleged representatives or non-attorneys may not dictate the conduct of a case. This attorney will not tolerate such interference. If Mr. Huston wants to assist Mr. Kemble, any such assistance must be managed by counsel, not Mr. Huston. The situation is untenable, further representation is simply not possible. Thus, counsel requests this Court’s leave to withdraw from a situation that Mr. Huston has publicly stated is untenable (exhibit to be provided at argument).

Mr. Raiders understands that Cabot objects to his withdrawal. Cabot has experienced much of the frustration with the process, as they have actively pursued resolutions to many of the problems of which Mr. Raiders here complains. I believe that Cabot’s real concern is that the amount of cooperation they receive from this defendant would be reduced from the limited cooperation available under these circumstances to none if Mr. Kemble were to continue pro se. However, Cabot’s convenience is of no moment when a client’s conduct has made  representation impossible. I also believe that, in denying the prior Petition to Withdraw, that the Court believed that Mr . Kemble would cooperate with his counsel in pursuing this matter after the February 2018 press conference incident. However, nothing has changed.

No trial is imminent . Discovery has now begun. Mr. Kemble should be able to obtain new counsel or proceed without formal counsel. Counsel, now facing an untenable situation, should be granted leave to withdraw.

And, AP didn’t think any of this was worth a mention? Tells us all we need to know, doesn’t it? Can’t wait for Monday morning!