The Pennsylvania Chamber of Business and Industry (PA Chamber) has filed a brief in Commonwealth Court opposing the carpetbagging Delaware PovertyKeeper.

The Delaware PovertyKeeper a/k/a Riverkeeper and its radical lawyer have been out carpetbagging in Western Pennsylvania for some time. Though their pretend mission is the Delaware River, their real assignment is to fight oil and gas everywhere and advance an Environmental Rights Amendment that would help turn much of Pennsylvania into a gentry class wilderness playground. That’s why they are way out in Western Pennsylvania, 200 milew outside the Delaware still fighting an endless case in Middlesex Township, Butler County, of all places. The PA Chamber is speaking up against this legal abuse. 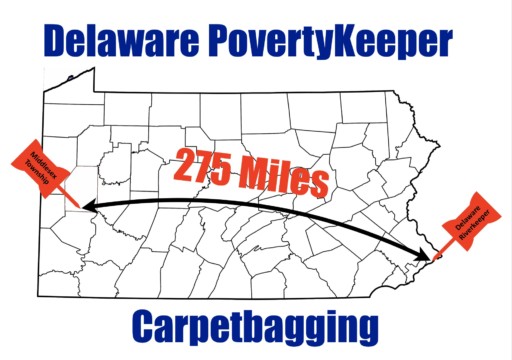 The PA Chamber, in fact, has filed an amicus brief with the Commonwealth Court on a remand to the latter from the Supreme Court. The case is about a lawsuit the PovertyKeeper brought arguing Middlesex Township had no right to allow more oil and gas development because it was somehow obligated, under the Environmental Rights Amendment to the Pennsylvania Constitution (Article I § 27), to zone out such activity if anyone, anyone at all including both human and non-human species, objected. I exaggerate a bit, of course, but damned little.

Why the PA Supremes remanded, other than the fact, it has become a very political and very politically correct court, is unclear, but I have my suspicions and a desire to advance protection of natural rights as opposed to rights of nature is not among them. Regardless, the PA Chamber has, thank goodness, seen fit to intervene with an amicus brief. The PA Chamber recognizes what a deep and dark threat an irresponsible interpretation of the Environmental Rights Amendment represents in the hands of agenda driven special interests.

The brief, a highlighted copy of which may be found here is remarkably lucid and speaks in the tone of common sense as well as the law. Here are the killer points (emphasis added):

Love it! Just love it!