Fracking demagoguery isn’t limited to the US or the UK. There’s plenty down under, too, but the facts must come out and will, with testing and verification.

I’m always astounded at where NaturalGasNOW’s readership comes from. Over the last month, for example, we’ve had 1,092 visitors from Canada, 546 from the UK, 246 from Australia and 66 from the United Arab Emirates. We also had 26 from that other place down under – New Zealand – and one of those readers shared with me a shale gas story (well, actually, it’s a fracking story) not unlike our own.

This reader comes from a family of “oilies” and wants to remain anonymous to protect his innocent relatives. He agreed to let me share his story, though, which will ring true for everyone familiar with our US brand of fractivists. New Zealand’s apparently belong to the same shrill attention-seeking minority dedicated to ensuring all human progress is halted.

Here’s what my New Zealand friend had to say.

It’s good to hear a voice of clarity permeating through the fog of deception, misconception and hidden agendas (usually a business or political interest once you start digging into their history) that the anti-fracking brigade emit. Really, there should be a law against those kind of emissions.

My little story has to do with a place called Taranaki, New Zealand. Taranaki is currently the only hydrocarbon producing region in New Zealand. The fieldshares are not significant if they are measured globally, but for small oil companies with low overheads and an efficient team of skilled staff (without the corporate bureaucracy most majors have hanging from the top down) the rewards can be significant.

Tag Oil has developed a gas and condensate field here known as Cheal A,B & C, as well as other fields in the region. A few years ago they decided they could utilize tight-gas technology to increase the production and value of this operation. In doing so they required consents from the regional council and various government departments for the additional wells, evaluation of potential environmental impacts and so on. That was the easy part… 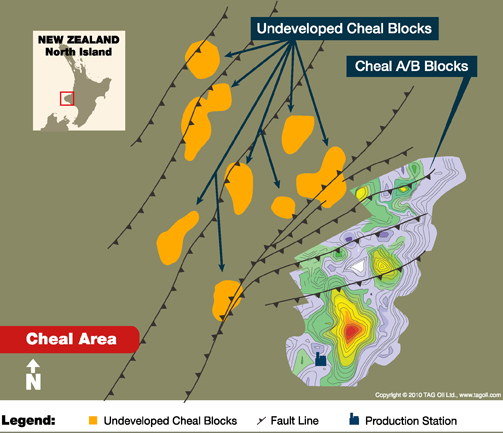 The hard part has to do with some fracking demagoguery on the part of an individual by the name of Sarah Roberts. She is the wife of the dairy farmer who lives on the adjacent farmland. Roberts started a protest movement; organizing community opposition to the fracking proposed. Notwithstanding her right to free speech, the basis of her protest consisted of speculation and more speculation, none of which was borne out when investigated.

Roberts was most upset about the possibility of groundwater/aquifer contamination. She claimed it would not only affect her family’s health but also let bad milk get into the food chain from the cows drinking the contaminated water that, according to her, fracking was surely going to introduce.

Tag, however, had already been operating next door for five years or so, with the local environmental authority carrying out regular groundwater monitoring of water bores that were installed all around Tag’s site as part of their original consents. No problem from me with that, as it makes sense to ensure all oil companies operate responsibly by regularly monitoring what’s happening. We live in a beautiful part of the world and we all want to keep it so. 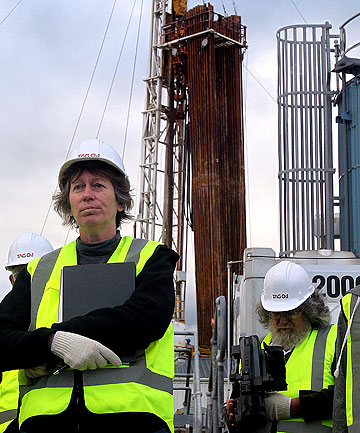 “UNHAPPY ACTIVIST: Ngaere resident and environmental activist Sarah Roberts at the Cheal A wellsite. She believes Taranaki will be unrecognisable if the number of wells continues to grow.” It’s really about the change, not the water quality, in other words. See the full story by clicking this photo.

All of a sudden, Sarah Roberts started complaining to the council and anyone else who would listen that there was something wrong with their water at the farm. She said it tasted funny and her family was getting sick all the time. This was her meager justification for why Tag should not be awarded consents to further develop their field. Never mind that the frequent groundwater sampling and testing by the authority had shown nothing untoward.

But, she said, that’s because Tag wouldn’t disclose what “chemicals they inject into the ground,” so that means the environmental agency ‘didn’t know what to test for’. The contamination was there but the company worked in a secretive manner so they could operate (and, I guess, that means discharge toxins) under the radar.

She even claimed she had “experts” test her water and found all sorts of chemicals in it that the council wasn’t testing for. Oh, the tests were never verified, nor was her “expert” ever identified… Hmmmm. This soap box performance went on and on, the agenda being to slow the consent process down long enough so that maybe rig availability could become an issue.

Tag then called her bluff; they got the court to order a testing agency to take water samples from the places where her tests had found the problems (remembering that the test bores were still producing nothing in the way of contamination). The reason why the court had to order the tests? She wouldn’t let them on the property! This was all paid for by Tag, by the way.

What did the tests find? High levels of E. coli and fecal matter from the Roberts’ hosing out the milking shed and spraying the effluent onto their paddocks (in New Zealand you can’t dump it in the river cause the water gets too much nitrate, causing algae blooms). Farmers spray it onto the paddocks which means nitrates can’t leach into rivers. Yeah, right.

You can imagine how quietly satisfied Tag was, complying with the regulations and discovering the contamination about which Roberts was so concerned was actually from the BS they were producing on the farm! No pun intended.

Anyway, throughout this episode Sarah had another agenda that she was slowly nurturing along with falsehoods, scaremongering and misinformation. Care to to guess what that was, Tom?

She was running for a seat on the council! And, the people voted her in! [NOTE CORRECTION IN COMMENTS-she lost big]. Her platform was she needed to get into the council so she could expose the truth about the chemicals that Tag secretly pump into the water. Throw a bucket of water at me please. Am I dreaming this up? 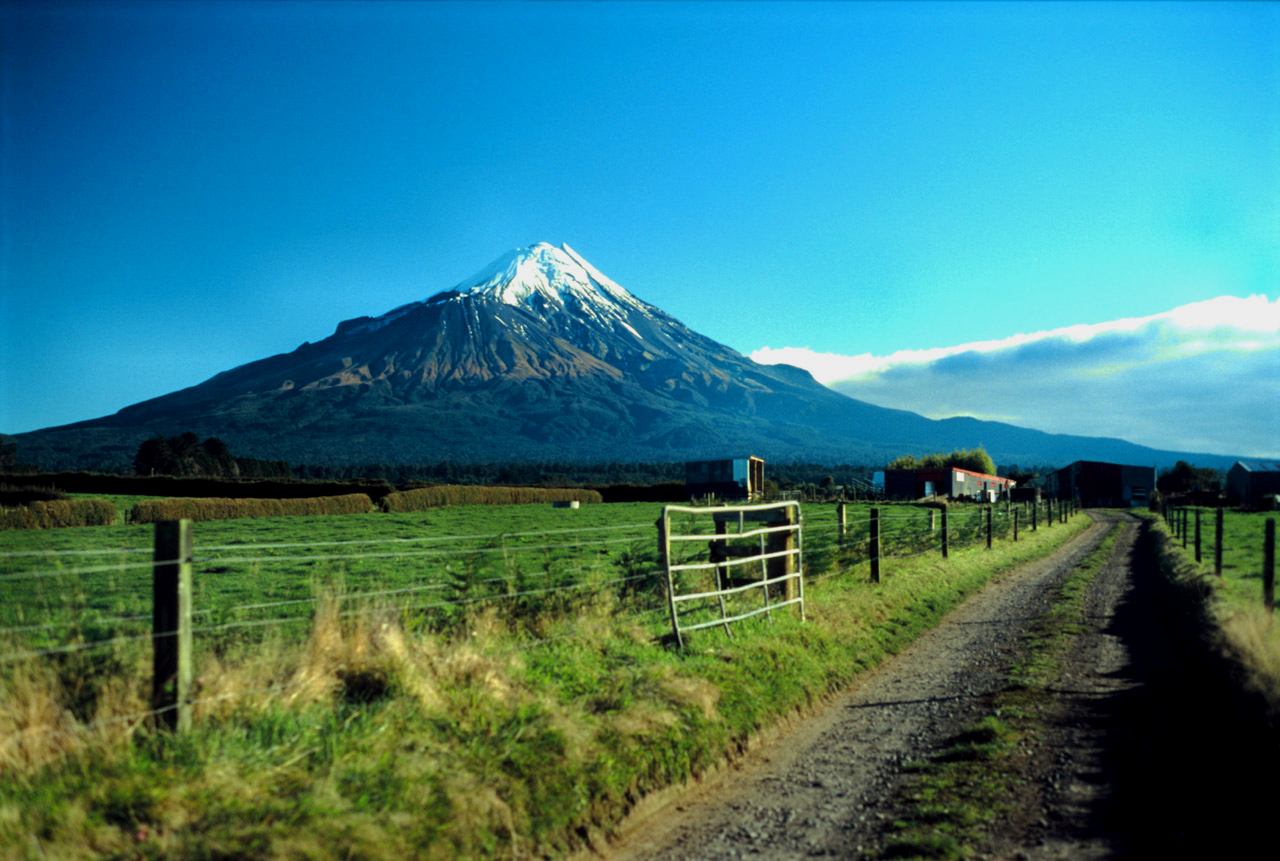 The way we operate in Taranaki may also be quite different from other countries or states within countries. We do have stringent controls and measures in our consent process and I support that approval & licensing process. As long as the rules are robust and scientifically verifiable, then this style of management benefits everyone. Based on my experience and what I have seen from people like Sarah Roberts this is how I see it:

A) We need continuous monitoring and verification that takes scaremongering tactics and fracking demagoguery out of the discussion.

B) Field operators should be able to justify their rights to development and production by thus producing they are responsible operators.

C) We need to remain environmentally conscious here in New Zealand; we like our environment to be enjoyed by all, not only now, but by our future generations.

D) Any operator that doesn’t want to comply with the rules should take their operation elsewhere. The cost of compliance and monitoring should be factored into development and operational costs and then there is no issue.

E) Rules do need to be fair for all parties, not over the top, but likewise not too lax either. This balance is sometimes difficult, but it can be achieved with sound debate.

F) Information needs to be public and testing must be of high standard and independent.

G) The same rules must apply to all operators. There can be no favoritism or “grandfather” consents.

Pretty interesting, isn’t it? Things aren’t that much different in New Zealand than they are in the US, Canada or the UK. There’s plenty of fracking demagoguery to go around, after all, and it’s never going away as long as there are people looking for attention (not to mention political office), but reasonable people can and must fight back with the facts.

3 thoughts on “Shale Gas Stories – Fracking Demagoguery Down Under”