Methane leaks seem to be at the front these days in Tony Ingraffea’s battle to undermine natural gas development in New York but he ought to turn around because the facts are catching up with him.

MDN recent highlighted a new “study” that purports to say methane is leakin’ out all over the place when shale wells are drilled (see Another Day, Another Sham Study on Marcellus Methane Leaks). MDN was not the only pro-drilling publication to notice the release of the study–and to question it’s sham “research.” The always excellent Energy in Depth took a close look and wrote a devastating article that rips the veneer off this latest anti-drilling effort to cast doubt on natural gas drilling in our country.

A new study on methane was published this week, arguing that emissions from seven well pads emit methane “2 to 3 orders of magnitude greater than US Environmental Protection Agency estimates” during the drilling phase of a well. Unsurprisingly, several news outlets put out the expected headlines portending the usual doom. Greenwire proclaims: “Significant methane leaks found from wells still in drilling process.” The LA Times put it this way: “EPA drastically underestimates methane released at drilling sites.”

That all sounds quite serious, until you realize who the authors of the study are: Anthony Ingraffea and Robert Howarth. It’s no secret that this team of activists wants to ban hydraulic fracturing, so it’s also not surprising that they arrived at a conclusion to advance that cause. If you need a refresher, Ingraffea is the president of Physicians Scientists & Engineers for Healthy Energy, an organization that is not only funded by the Park Foundation, but which has taken institutional stances against fracking (Ingraffea actually listed PSEHE ahead of his Cornell affiliation for the study’s author page). In 2012, Howarth signed a “pledge of resistance” to hydraulic fracturing, joining Bill McKibben, Josh Fox, Jakob Dylan, and other “scientists.”

Many of the news reports on the study omitted those details entirely, which is probably what they preferred.

As with their previous research, this latest paper also contains a number of glaring flaws, ranging from small sample sizes to a curious disregard of established climate science. Here are five things to know about their latest study: 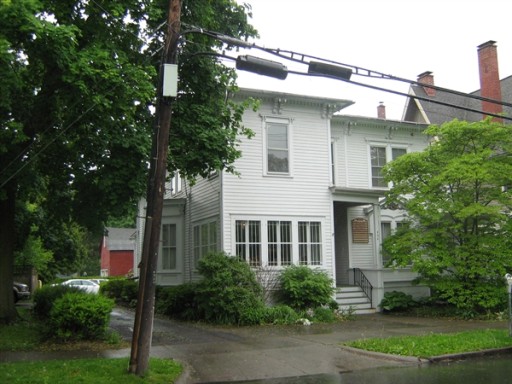 Fact #2: Ingraffea and Howarth use modeling exercises instead of direct measurements

Fact #4: Funding is provided by the organization that funds Howarth’s Cornell professorship

Fact #5: As natural gas production has gone up, methane emissions have fallen dramatically

There’s much more to the article. Read the whole thing over on the EID website.

MDN has a question: When is Cornell going to give the boot to Ingraffea and Howarth and begin to repair their badly damaged reputation as a research institution? Letting these clowns continue to drag the Cornell name through the mud is inexcusable.

Editor’s Note: It’s also worth noting Physicians Scientists and Engineers for Sustainable and Healthy Energy (PSEHE) has received continuing funding from three of the biggest funders of anti-fracking activity in New York. Those contributions alone totaled $350,000 (after netting out Park Foundation gifts made through the Sustainable Markets Foundation) :

The 2012 revenues of PSEHE were, according to its 990 return, some $262,997 of which $220,000 or 84% came from those three anti-fracking entities who have also helped fund outrageous activities such as the infamous Flowback tabloid. Despite this, Tony Ingraffea made a big point, at 7:00 in a Cornell debate in which we both participated, of saying he was, as Cornell professor and President of PSEHE, completely independent with no conflicts of interest, noting he accepted no renumeration for his activities despite the accusations of bloggers.

I suppose that barb was meant for me, but I’m happy to accept Tony’s assertion he gets no renumeration for his anti-fracking advocacy beyond what Cornell already pays him.

But, that’s the point, as Jim notes above. Tony Ingraffea has been everywhere in the last four years fighting fracking and it appears that’s what Cornell is paying him to do. The PSEHE 990 return, in fact, says Tony and the other members of the PSE board all spend 50 hours per week on PSEHE work. No wonder he puts it first, as EID pointed out.

Don’t believe me? Here’s a screen shot of the relevant page from the 990: 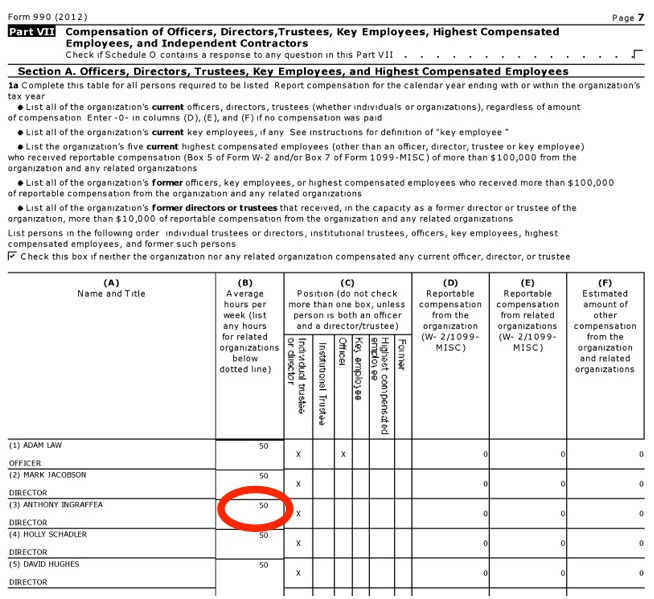 More than likely, this is an error, but experience suggests it’s a Freudian slip, if nothing else. Unfortunately, it’s entire believably in Tony’s case that he’s devoting 50 hours per week to fighting fracking. This raises the question of what the heck the guy is doing for Cornell University. He’s running a special interest organization as if it’s a full-time job, but he has a full-time job at Cornell that he also uses for advocacy. Frankly, shouldn’t PSEHE be paying him?

8 thoughts on “Tony, Tony, Turn Around, There Are Methane Facts to be Found”