PublicSource, Inc. is out with one of the dumbest articles I’ve seen in a while on fracking. Who are they? Who funds them? What game are they playing?

There’s an awful lot “fake news” out there about fracking. A few days ago a website called Public Source published a post that ranks right up there near the top of the heap. It was stunningly bad. Here’s how it was titled:

“We helped residents near a fracking site test their air quality. Here’s what we found.”

I didn’t need to read any further to know where that was going to lead after seeing the reporter was reporting on their own work. I had already measured the calibre of PublicSource journalism last year. It had hyped a nonexistent problem with radioactivity in Ten Mile Creek. A year and half later, after the headlines had disappeared, DEP told us it was all nonsense. PublicSource reported it with a very short piece but, of course, did everything it could to question the conclusion. They had already achieved their objective; raising alarms with no real evidence. Now They’re trying it again; this time with air quality.

The latest PublicSource attempt to generate fake fractivist news is full of holes, of course. I’ll get to that in a moment. First, though, I think we’re all entitled to know who PublicSource is and what game they’re playing. It’s called echo-journalism. Here’s the chart I used to explain last year: 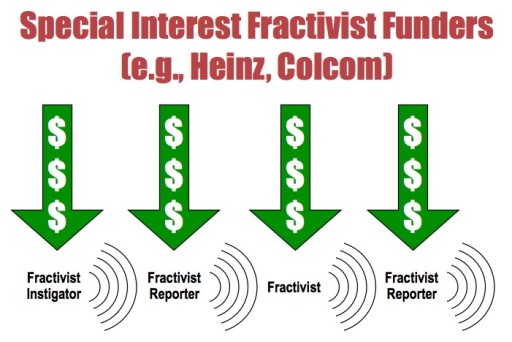 Special interest funders such as the Heinz Endowments and the Colcom Foundation fund fractivist instigators and the reporters of their antics. They also fund fractivists who then hype the results on their websites and in comments to the press as well that media, too. It’s one continuous echo; all financed by the same special interests. PublicSource admits as much in a footnote to their story on a Southwest Pennsylvania Environmental Health Project (EHP) study of air quality in PennTownship — a study in which they participated as a partner (emphasis added):

…is funded by some of the same foundations as the Southwest Pennsylvania Environmental Health Project. We are not for or against shale gas drilling and we did this project purely as a fact-finding mission.

This project was funded by Arizona State University and the Knight Foundation. The Heinz Endowments also helped support this project.

“Purely fact-finding” is enough to make anyone familiar with the Southwest Pennsylvania Environmental Health Project, PublicSource or the Heinz Endowments gag. Heinz is the queen of fractivist funders (see here as well), the EHP is a bad joke and PublicSource showed what it’s all about with that Ten Mile Creek claptrap. It also funds StateImpactPA, which uses PublicSource as a source. What we have, therefore, in Heinz, is an organization that funds the EHP to do some questionable testing in this case, that is then reported by a news outlet in PublicSource that Heinz also funds. How long before the Heinz-funded Clean Air Council touts it and the Heinz-funded StateImpactPA quotes them in another article echoing PublicSource?

Interesting, too, is the fact PublicSource while disclosing its largely fractivist funding sources, tells us little about who it really is philosophically other than the prattle about being “purely fact-finding.” It was created by the Pittsburgh Foundation in 2011 which told us just how fractivist it was with this statement from its 2011 Annual Report:

With the boom in Marcellus Shale drilling the past several years, a great deal of attention has focused on the threat that hydraulic frac- turing poses to the region’s water. A newer and growing concern, however, is the degree to which the new industry is aggravating Greater Pittsburgh’s already-prominent air pollution problem.

Doesn’t sound much like “purely fact-finding” was ever part of the mission, does it?  And, there’s very little, if any, fact-finding offered in this instance. The whole story is about how PublicSource and EHP conducted an air quality study, if you can call it that, in Penn Township, Westmoreland County, Pennsylvania with something called a Speck™ sensor. It’s a pretty interesting little device but is promoted as an “indoor air quality monitor empowering you to breathe easier,” not as a sophisticated piece scientific testing equipment. Their FAQ page, in fact, says this:

Is the Speck for indoor use only? What are the limitations for outdoor use?

The Speck is developed mainly for indoor use. While you can put it outdoors—for instance on a covered porch or in a garage—there are many outdoor variables that can impede the Speck’s function. For example, it will lose accuracy when humidity levels are very high (e.g. thick fog or during a rainstorm) or if anything obstructs the air intake (e.g. if a spider crawls in).

We will be working on calibrating and designing units that are more effective for outdoor use, and possibly even changing the enclosure for that case. However, that model is still months away.

PublicSource acknowledged several paragraphs after getting the allegations out (emphasis added):

They pointed to Environmental Protection Agency research that found accuracy issues with the Speck when it was used outdoors compared to a regulatory-grade monitor.

Researchers at New York’s Clarkson University recently tested the Speck and other low-cost air monitors indoors. They found that the Speck performed with “adequate precision” compared to more expensive monitors, but stated that the monitors could lose precision when used outdoors.

PublicSource suggests the Speck™ sensors are still good for spotting trends “in exploratory surveys (like ours) to get an idea if there is a pollution problem and if more robust air monitoring is needed.” They refer to the EHP report and state a “mountain of evidence seems to be building” against the shale industry. They also employ anecdotal evidence in the form of commentary from resident James Moore who lives 500 feet from an Apex Energy well pad and says he “suspected the gas site was emitting pollution that he couldn’t see, hear or feel” as if that was a meaningful contribution. 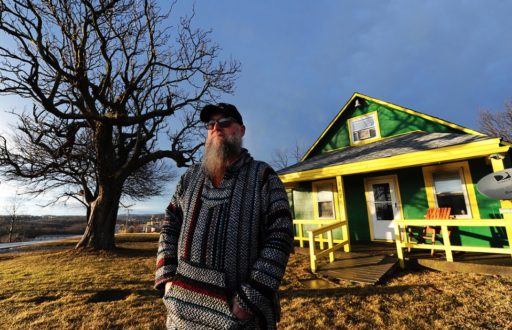 If you look real carefully over Moore’s right shoulder you’ll see some larger buildings. I wondered what they were, so I looked up the location of the Apex well pad and then checked Google Earth. This is what I found when I turned the street view to the left and moved ahead a bit: 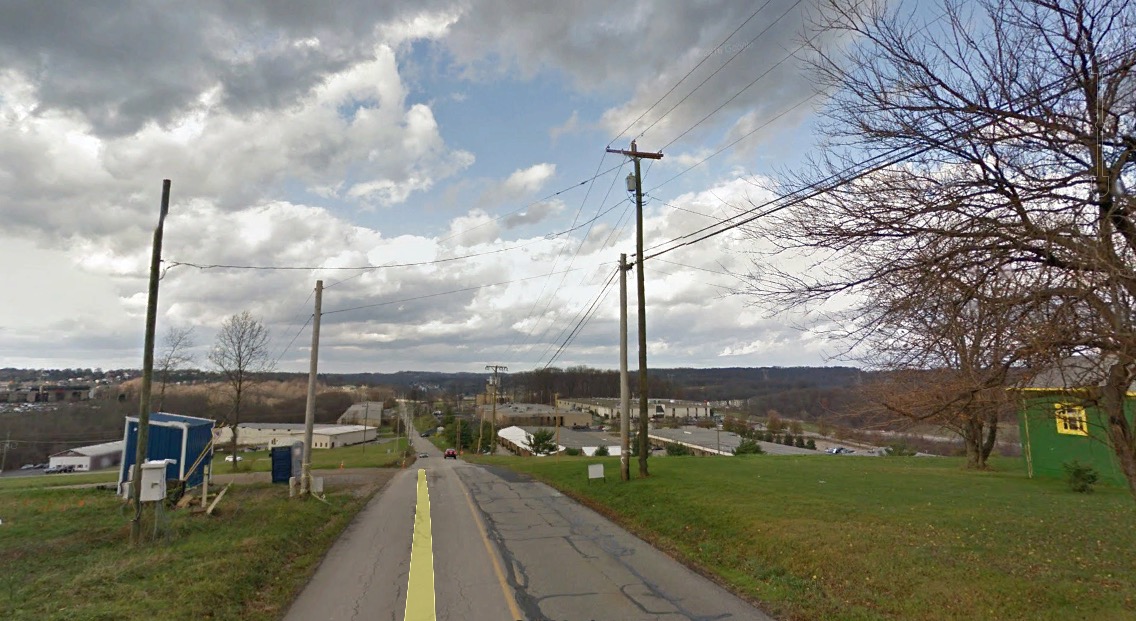 You can see Moore’s buildings on the right and several large traffic generating commercial/industrial buildings right next door. Here’s a closeup of one that is located perhaps 1,300 – 1,400 feet from Moore’s house: 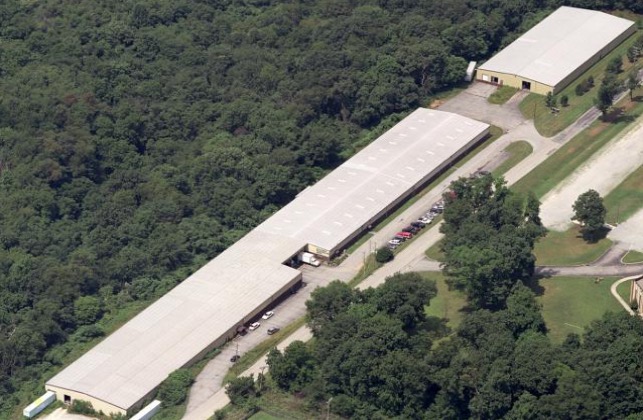 Here’s an aerial view of the neighborhood: 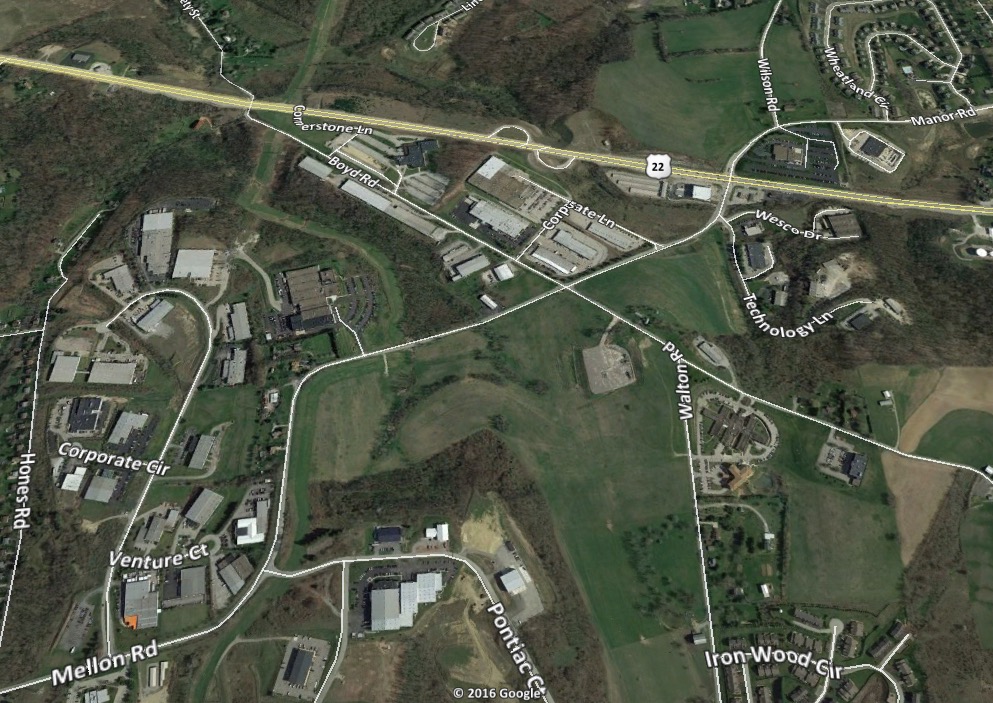 You can see the well pad slightly right of center in the picture. Moore’s house is across the street, halfway between the two intersections. Notice Route 22 to the north about 1,000 – 1,200 feet away. It’s a 4-lane highway carrying 20,000 vehicles of traffic per day. Look at the development surrounding Moore’s house. There is commercial/industrial development in every direction within a quarter-mile. Think any of this might be a factor in whatever the indoor air quality measuring Speck™ sensors picked up?

The answer, of course, is obvious to anyone not out to make a fractivist case, but there’s more. Consider these factors:

There is still more that is wrong, but you get the idea. The same type of junk science methods were used throughout the report, not only with respect to PM 2.5, but also regarding VOCs. Even PublicSource acknowledges “No chemicals exceeded any regulatory health standards,” in the case of VOCs, a fact the authors of the report could not bring themselves to admit. PublicSource also went to greta pains to make excuses for the VOCs not showing a problem but at least it admitted the fundamental truth.

This is how fake fractivist news is made and echoed by special interest foundations funding junk science and spreading it around. I can only think of one word to describe it; deplorable. That’s Heinz for you.

2 thoughts on “Who Is PublicSource, Inc. and What Game Are They Playing?”