A proposed Maryland wind farm demonstrates the state’s tunnel vision on the subject of energy as it prioritizes political correctness over common sense.

The Marine Corps taught me many important lessons that I carry with me today. As a Marine Firefighter, we trained and prepared for the worst. At a moment’s notice, a crew of 20 year olds could be ripped from our routine and be the first responders to a crash on the airfield. Training for this situation was intense as we had to learn how to remain calm, so as to be able to evaluate the situation and avoid tunnel vision. 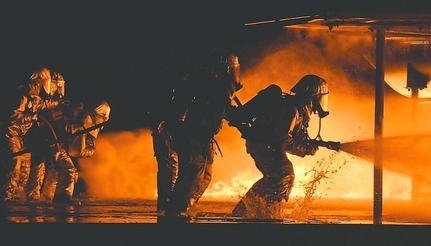 In the Crash Crew training pit, we would dump a ton of jet fuel into a pit and light it on fire. Sweeping our water back and forth to push the fire out, we’d have to constantly scan the surrounding areas, as the fire could easily circle back from the sides. Tunnel vision would cause us to be so focused on the target that we’d ignored the big picture at our peril. It was a life lesson in learning to monitor other factors that bore heavily on our ability to get the job done.

The “Keep it in the Ground” folks could learn a lot from Crash Crew University. Their goal, or publicly announced one, is to protect the environment. We see them latching on to strategies that look good at first – but only if you are handicapped by tunnel vision that overlooking the unintended consequences. This is what is happening in Maryland. If only our fractivist sympathizers could be calm enough to look at the whole picture.

They cheered in March as Larry Hogan put his support behind a fracking ban. Meanwhile, they’ve lobbied for a pair of offshore wind farm, which will negatively impact the environment in far greater ways than a few gas well pads (which aren’t even noticeable upon completion). This wind farms are a $2 billion dollar project to create both the nation’s second and third largest offshore wind farms off the coast of Ocean City, Maryland. Propped up by subsidies, aka, tax dollars, just passed through Maryland Public Service Commission (PSC) that were seen as it’s biggest hurdle. The PSC does say that the $1.9 billion dollars of in-state spending will generate $74 million in state tax revenues over 20 years. Thank goodness we have that kind of ROI…

Projected to have a combined 368-megawatt capacity, the two farms are set to boast 77 turbines 12-21 miles off the coast. That sure does seem like a lot of fuss for 368-megawatts. For the same price tag, the Dover, New York, Cricket Valley Energy Center, a 1,100-megawatt gas-fired plant, will go online at the same time as these wind farm, 2020 and have far less impacts. If we want to talk about “extreme energy,” these wind farms are it; humongous permanent towers along the coast that will cost as much as a gas plant and, under the wildest of projections, generate one-third the energy and require massive subsidies.

The impact on wildlife is also being studied. The University of Maryland Center for Environmental Science’s Chesapeake Biological Laboratory, Cornell University and Duke University are studying how these turbines are going to impact the porpoises and their use of echolocation; the world most powerful pair glasses, for those of you who have seen the Finding Dory movie. NaturalGasNOW covered how they are killing whales last year.

The tunnel vision involved with this project is two-fold. First, you have to consider the capacity. The projected capacity is just that – capacity. The wind has to be blowing constantly to spin the turbines full time to generate that capacity. It has to be just right. The Energy Information Administration calculated the average capacity factor of wind at 32% in 2015.

The second is the construction of these giant fans. The environmental impacts of the turbines are often overlooked. The amount of raw materials – as this the case with solar as well – are often mined in countries that tend not to care so much about the environment. Just because it’s renewable, doesn’t mean it’s sustainable. Simon Davidsson, new PhD at Uppsala University, the earth scientist who authored a study on the environmental impacts of green energy, has stated:

“Renewable energy technology can lead to reduced emission of greenhouse gases, but for a complete analysis we need to make sure the whole production chain is sustainable. For instance, it is not obvious that the production of wind turbines and solar cells is sustainable, that the materials have been sourced in a sustainable way, or that the industries are capable of recycling the technology in the future,”

It does make me wonder how they are going to fire the carbon fiber and steel with solar to make these machines. I am not opposed to wind as a whole. I think there are ways to balance these technologies as part of an “all of the above” energy policy. For me to claim that natural gas is the only solution is the equivalent of the fractivist who shout “Keep it in the Ground.” We cannot afford tunnel vision, after all, but can’t we have some balanced truthful discussion for a change?

11 thoughts on “Maryland Has A Bad Case of Tunnel Vision”