Ocean City, Maryland is going to be home to a large wind farm that will be visible from the beach, but many believe it will decrease tourism.

Maryland is home to a vacation destination that everyone in the Mid-Atlantic seeks to visit over the summer, Ocean City. Complete with a boardwalk, themed restaurants, a beach, and a mini golf course every 100 yards, it is a destination for many. With a yearlong population of 7,000 residents, the summer months bring in 345,000 tourists and generates $150 million in tax revenues.

Soon, the horizon that is so sought after by Moana, could be changed. No longer will ocean visitors look out to a seemingly never ending sea, but they will be staring out to a farm of spinning turbines. We have discussed this project before,  but here is a recap noting the current number of proposed turbines and energy production.

An Italian-backed company, U.S. Wind, is planning on developing the wind farm 12 miles off shore. The project is going to cost $1.4 billion dollars and will be paid for via consumer electric bill increases. The updated information is claiming the wind farm will produce 750 megawatts of power for 500,000 homes.

If you have ever been to D.C., then you know that from nearly everywhere in the district, you can see the Washington Monument. It is huge and serves as a point of reference for navigating the area. The 187 turbines are each 60 stories tall; 50 feet taller than the Washington Monument. U.S. Wind officials have said that on a clear day, their turbines would appear, to a person on the beach, to be about the size of a thumbnail at arm’s length.

Here is where the rubber hits the road. Maybe it is NIMBYism, but people do not want to see them from the beach. Ocean City Mayor Rick Meehan said the big concern was visual pollution and is contesting the 12 miles out rule. He believes the magic number is 26 miles to put them beyond the visual horizon.

“We want them to be moved back to the horizon, so we don’t see the towers. I really believe people come to Ocean City because they want to look out into the ocean, the undisturbed natural state of the ocean, and this will dramatically change that,”

The Director of Project Development for U.S. Wind, Paul Rich understands the concerns so he stated:

“Since we started about 12 miles off the coast, just an initial response to the city and listening to their concerns, we were able to engineer the wind farm to be an additional five miles further east,” 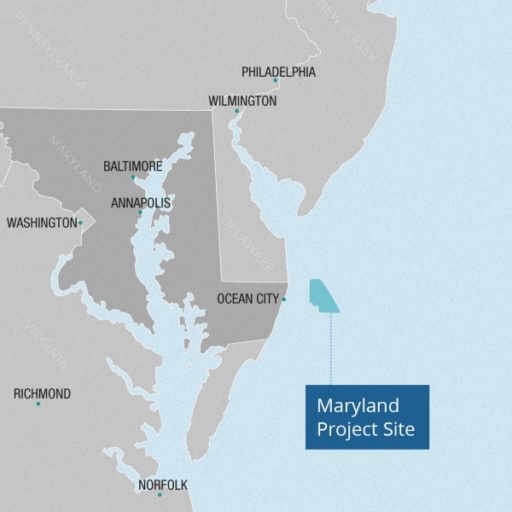 What a nice gesture, but not really a compromise. The Maryland Public Service Commission suggests one condition—that the farm should not hurt the tourism industry—and, at this point, both the Mayor and a Councilman, Tony Deluca, believes it will.

What is also interesting is that the utility commission has little power to oversee wind farms. This gives U.S. Wind the availability to sell energy credits at $132 bucks a pop. With energy suppliers being required to purchase these credits and the increases on electric bills, they will make out like bandits.

This particular project is a waste in my opinion. The same environmentalist groups who claim oil and gas companies have too much power and influence are backing this project for no other reason than a feel good exercise. If it is jobs, then the state lost out when it banned fracking and natural gas development projects. The same plants producing the steel for the towers could have just as easily produced pipe for gas drilling and transportation with many more jobs.

The use of gas has already been proven to outperform wind in emissions, so it cannot actually be about clean energy. What we have done is ignore facts about the efficiency of wind energy as they tend to operate at 32% of capacity on average and gone for political correctness instead. When you compare the cost of wind at $10 million per megawatt to that for natural gas— $1 million—then we can see just how badly we are being duped.

So enjoy your view from the beach, soon it will look a lot different.

6 thoughts on “Maryland Wind Farm: A Project We Don’t Want to See”