Once a true supporter of natural gas development in Western Maryland, Gov. Larry Hogan just sold us all out, proving faith in politicos is never rewarded.

Shocked, disappointed, betrayed: these are the words that immediately come to mind when I heard the news. Disgust and angry follows those. Maryland came a long way in the fight to develop natural gas and just like flipping a light switch, our own Benedict Arnold just sold us out.

I am sure our readers are aware, but the most striking blow to years of fighting for natural gas was just delivered by the single most relied upon ally. Governor Larry Hogan has just pledged his support to a statewide fracking ban. This betrayal weighs heavily as the state has been at the mercy of bureaucratic nonsense from the very beginning. 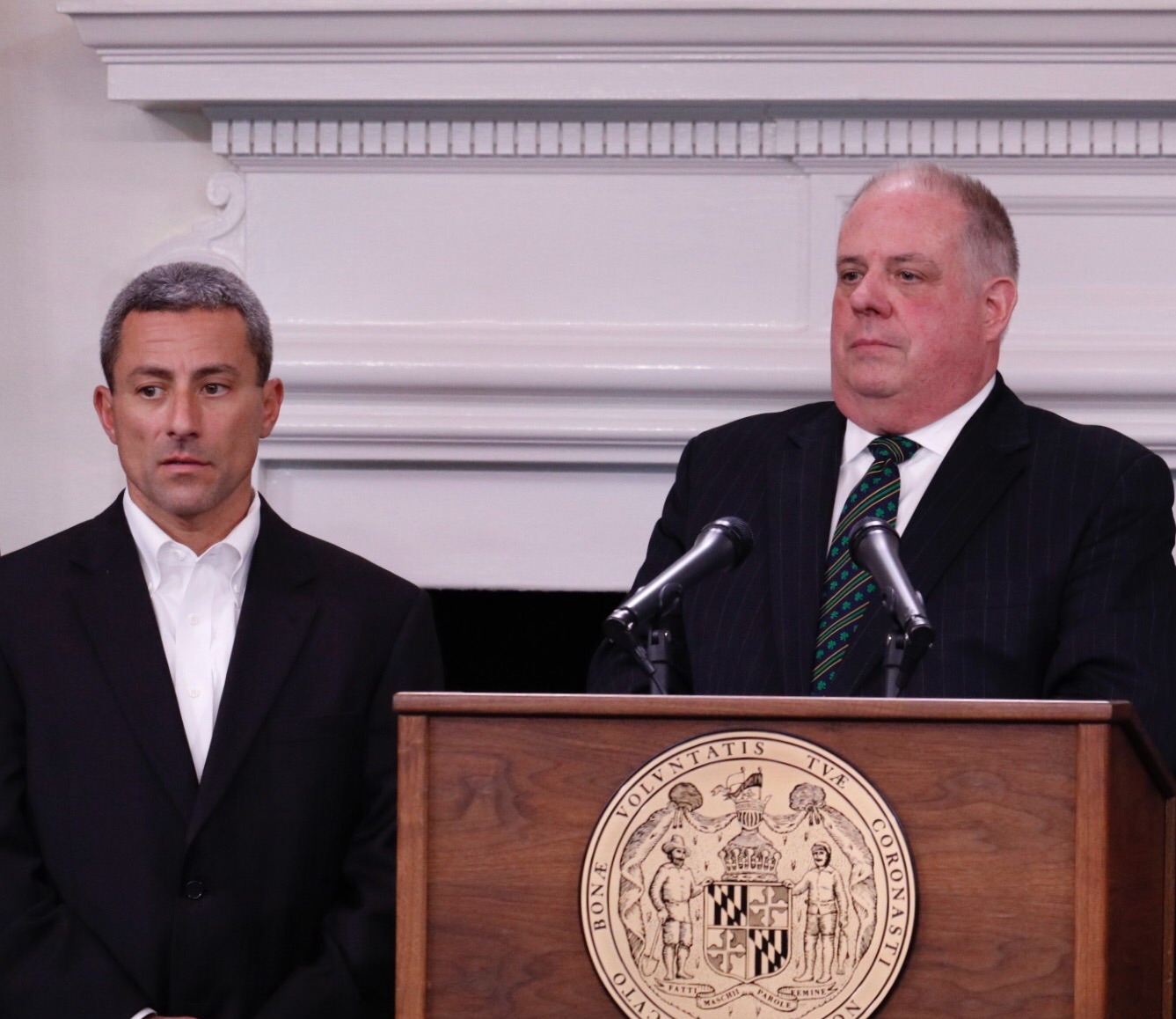 I have to admit my conspiracy theory hat may be on tight for me to rationalize how these unfortunate series of events unfolded. Maybe it is because I know, all to well, the names and nature of special interests groups playing in the backend; maybe it’s because I watched makers in this state deliver first-hand the initial blows; perhaps it’s because I watch every episode of HBO’s The Wire. What it most likely boils down to is a combination of all three. What shady closed-room deal came through to not only allow Hogan to turn his back on one of his own initiatives, but to actually support a bill being slung around by a loose cannon Senator whose principal stock in trade is political demagoguery.

The month of March has been a very active one, to say the least. Food & Water Watch started the month by bussing know-nothing activists from around the state to come in and protest. We then had motor-mouthed, professional hustler Craig Stevens peddling that ridiculous bottle of never-tested brown water around town. These two aspects alone were borderline humorous to me. I admit I gave our lawmakers too much credit. That they as elected leaders would do their due diligence and see they were being pandered to by special interest groups and being sold a package of debunked goods when it came to water contamination. Boy, was I wrong. 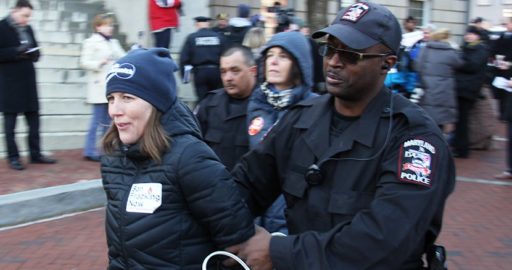 The final straw from such a series of misfortunate events — one that would make Lemony Snicket proud — came a few days ago in Annapolis. Once again the same special interest group stood by with ‘faith leaders’ to protest fracking using what they call, “civil disobedience.”

Civil is rarely a word to define these people. We have watched them yell, name-call, and drown out any opinion that differs from their own. The hurled disobedience as normal, but this time, it landed a few of them in jail. Going to jail is a badge of honor for these nuts. Several of them went, including Ann Bristow, who was arrested for protesting the Cove Point LNG export facility. I say let them go.

The same day as these nuts were being hauled off to jail, Hogan, whom I once admired, stood with thug Senator Bobby Zirkin to denounce natural gas and fracking. Candidate Hogan said the following in while campaigning:

“I think we are sitting on a goldmine of clean natural gas energy in Western Maryland. It has been studied now more than three years…”

What the heck is he saying? Yes our state did propose the strictest regulations in the state, but because your Zirkin types are being lobbied by special interests, you just give in and join them? As pointed out by Nicole Jacobs over at Energy In Depth, the hold on the regulations has expired – leaving Hogan free and open to pull the trigger. He is choosing not to do so. Gov. Hogan is attempting to save face and pull the wool over our eyes. There is more to this decision than is being projected and we deserve the truth. This is not about being safe; even Hogan’s predecessor, Governor O’Malley, knew it was safe. This is about something far more dangerous: the political demagoguery that passes for debate in Maryland.

Benedict Hogan is being a coward and turning his back on his promises, on the people in Western Maryland, and from my standpoint, the environment.

Editor’s Note: KJ’s assessment of the situation in Maryland, though perhaps cynical, is absolutely correct. Larry Hogan sold out Western Maryland. He did so by embarking on an errand destined to fail; an attempt to reach compromise with implacable enemies. It happens time and gain and no one ever seems to learn; compromising with yourself to entice your enemy to come to your side only pushes him further away. Hogan had power to exercise (e.g., vetoes, his regulatory hand, his bully pulpit, etc.) but, instead, he chose attempted appeasement and was rewarded with his own head on a platter. You have to fight to get to compromise; does no one understand this?

This episode also demonstrates what happens a state becomes so urban that rural and suburban voters are overwhelmed by city folks with zero appreciation of how food and energy is produced and delivered. Like New York, California, Connecticut, Illinois, Massachusetts and Rhode Island, the State of Maryland is now hopelessly urban; filled with voters who suppose heat comes from the thermostat and not a clue about what it means to own land and have to earn a living off it.

Moreover, they couldn’t care less to learn. They are most susceptible people on earth to political demagoguery; the easiest of all peoples to manipulate. Once they outnumber rural and suburban voters in any state, it’s all downhill from there. Maryland’s way down the slope and only politicians with the greatest of resolve have any hope of pulling it back up a bit. It was hoped Larry Hogan might be such an individual, but those of us who put our hope in politicians of any stripe are always sure to be disappointed. Most only appear to fight and surrender the moment they find themselves in real battle. Such a man is Larry Hogan, sad to say.

Meanwhile, his state is using more natural gas than ever, as the following chart assembled from Energy Information Administration reveals; outsourcing its energy needs to others in a blazing trail of hypocrisy only matched by the cowardice of its governor: 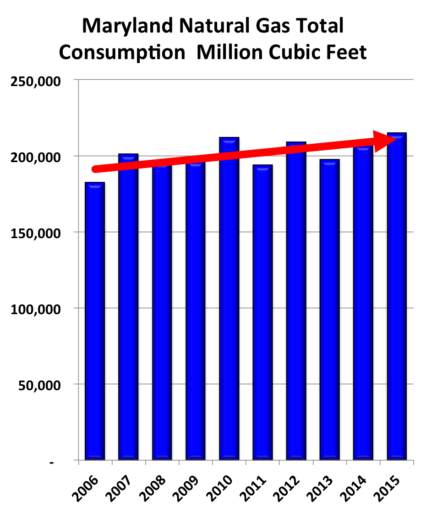