Mike Krancer is manning the ramparts, defending Pennsylvania DEP from an absolutely despicable attack on the agency by the politically shameless Attorney General, Josh Shapiro, who clearly is posturing to replace Tom Wolf in 2022. We included Mike’s detailed rebuttal of the Shapiro hit job here, but he has now gone further with an op-ed in the Philadelphia Inquirer. 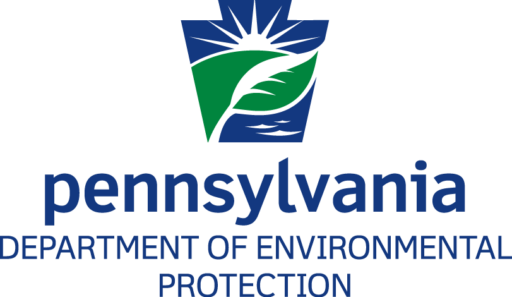 Krancer has always been a stand-up fellow of the first order ad here is some of what he wrote in defense of the DEP he once ran:

The report from the Attorney General’s Office paints a deeply negative picture of the DEP’s work in this area. My response outlined the department’s record in strongly enforcing existing law, making new rules, and fining violators. I sought to defend the professionalism and integrity of DEP personnel, past and present. It was also to set the record straight — with facts — on what I see as falsehoods and exaggerations in the grand jury report.

The report unfairly besmirches all DEP personnel who have made environmental protection their life’s work and life’s passion. It would be no different than personally lambasting and questioning the integrity of the whole Attorney General’s Office because crime still exists. The people I knew and worked with at DEP never wavered from the law, never turned a blind eye to wrongdoing, and always kept the safety of Pennsylvania’s citizens paramount.

DEP’s oversight of the industry was diligent, vigilant, and innovative. While I was secretary, our oil and gas program was reviewed and received high marks for all aspects of its oil and gas regulatory program from an independent reviewing organization. We innovated by, for example, issuing a “call to drillers” to stop taking drilling wastewater to older treatment plants that could not adequately treat the water to render it clean. They complied, and we accomplished in weeks what would have taken years to do through DEP enforcement litigation or new regulation…

It is ironic that two additional matters the grand jury addressed were dealt with by DEP years ago. In 2010, DEP required Cabot Oil & Gas to pay affected residents in Dimock, Pa., over $4 million; the AG announced 15 criminal counts against Cabot in the recent report. In 2014, in a case that began under my tenure, DEP issued a $4.15 million fine against Range Resources for the same surface impoundments that Range now has to pay a settlement of $150,000 to resolve the grand jury charges.

The grand jury report also fails to note that during my tenure, we implemented one of the first air permits for drilling that controlled methane emissions, wrote a new general waste management permit for drilling, created a new deputy secretary for oil and gas, which gave gas regulation a more prominent place within DEP, and started the process for a new comprehensive set of regulations for surface activities, which became law in 2016 as Chapter 78a. The report also missed that the state legislature passed, and the governor signed into law, Act 13 in 2012, significantly strengthening protections in multiple respects. DEP’s own current website praises Act 13 as enacting “stronger environmental standards.”

The Wolf administration minced no words in lambasting the report. DEP’s 56-page response is blistering, stating, among other things, that the grand jury was not provided accurate information, and the report itself is unreliable, crowded with factual inaccuracies, confusingly articulates the relevant law, is “not at all informed by applicable law or facts,” paints a false picture of DEP, is based upon “untested anecdotal accounts from a limited group of witnesses,” and is a disservice to the public.

A great disservice, indeed, but it’s par for the course with Josh Shapiro, who has turned his office into a campaign strategy initiative. Mike Krancer gets big-time kudos from us for taking on the smarmy Shapiro.

1 thought on “Krancer vs. Shapiro; Former DEP Secretary Strikes Back”