Cabot Oil and Gas is simply amazing, as Jim Willis, tells in this post as he relates the company’s ability to innovate, reduce costs and move ahead.

Cabot Oil & Gas issued its 2Q20 update on Friday. CEO Dan Dinges said natural gas prices hit a historic low in 2Q (lowest since 1995), but he thinks the price will improve “this winter.” Although the price Cabot got for its gas last quarter ($1.52/Mcf) was 33% lower than a year ago, the company still made a profit. Cabot netted $30 million in 2Q, vs. netting $181 million a year ago. The company drilled 14 new shale wells, completed/fracked 31 wells, and placed 25 new wells online last quarter. They produced an average of 2.2 Bcf/d of natural gas. 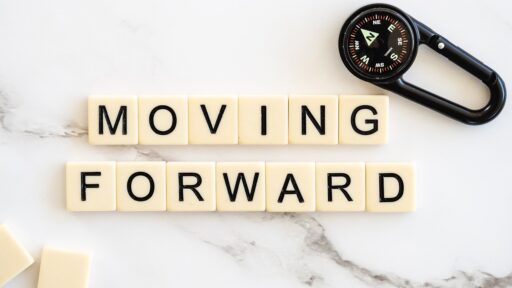 During a conference call with analysts on Friday, Dinges had this to say in his opening/prepared remarks about LNG exports, an important market for the company:

On the demand side, while LNG exports have continued to disappoint this summer, we believe that July and August will likely mark the trough for the export levels, resulting in a gradual improvement in LNG utilization rates beginning in the latter part of the third quarter as the U.S. experiences fewer cargo cancellations.

Our base case expectation is that as we move into the winter, higher global gas prices will put U.S. LNG back in the money, leading to significant improvements in utilization rates and a corresponding increase in export related demand for natural gas, while we anticipate some reduction in power burn this winter due to reduced coal-to-gas switching, we would expect stronger residential and commercial demand year-over-year, assuming normal weather, which should offset any power-related demand loss.

During the Q&A portion of the call, we spotted a few interesting exchanges. The first was Cabot’s view on the cancelation of Dominion’s Atlantic Coast Pipeline project. Jeff Hutton, Cabot VP of Marketing, responded:

Okay, great. And I’ll ask a follow-up. Just a lot more specific, I just want to get your view on the cancellation of the Atlantic Coast pipeline, the likely completion of the Mountain View pipeline. And how you see that affecting the nat gas market in 2021, both macro and maybe on Appalachian basis as well? Thank you.

Thank you, Jeffrey. And Jeff Hutton is on the edge of his seat.

Good morning, Jeffrey. There’s a lot to take in with the — project. But in the grand scheme of things on pipeline development, and also on specific, we always felt like that project was fairly long, because of the 600-mile, how many states they went through, et cetera, et cetera. And quite frankly, the high cost of that project, but also that project lands. It does tie in the trans for down to Station 165. We felt like that’s quite a bit of gas we go into that market, obviously, there were some shippers that were optimistic that they’d be able to develop some more gas-fired generation down there.

I still think that’s the case. But I think there’s also ample supply on the transport system to satisfy that demand. So initially, and even today, we still think that there was too much gas in that region. We were somewhat concerned that it would saturate the market to the point that it would bleed upstream into the D.C. area where we’re actively marketing gas. And so, quite frankly, the cancellation of that project gives us a more of an optimistic view on pricing for that region.

The next exchange we found very interesting. It’s a Q&A about new “in-basin” demand. Finding new customers close to where the gas is extracted. Recently, PA passed a new bill offering new petrochemical plants that use methane as a feedstock tax breaks. Cabot believes they will be the beneficiaries of new markets for their gas because of that new law:

Understood. Thank you. And then my follow up is with regards to in-basin gas demand, can you give us the latest on what your expectations are for that market and how that also sets your view more broadly on what the outlook is for U.S. domestic gas demand, particularly from the power and industrial sectors?

Yeah, I’m going to make a comment then I want to turn it to Jeff, Brian, because it is an area that we are spending a great deal of time and focus on in-basin demand projects, but one of the – one of the most recent impetus, and it and catalysts that is, I think, driving now more attention to Northeast PA, as a location for demand projects has been the agreement of tax credits that Pennsylvania will allocate to at least four projects that bring a large manufacturing or natural gas demand project to state and spend x amount of money, employ x amount of people, then they would receive hundreds of millions of dollars over the next 10 years of tax credits.

That is a tremendous opportunity is out there and now in the books with the governor’s signature. And we have had discussions with in-basin demand projects, and we have had for a while, a business development group that is working this opportunity for us. We like the idea of in-basin projects. We can look that up on the tailgate of our gathering system. And it is an incremental realizations to Cabot.

I’ll let Jeff talk a little bit about his thoughts in this regard.

Hey good morning Brian. The — just a quick recap. In-basin demand in the Northeast corner, PA has picked up quite a bit of load over the last four, five years, somewhere in the neighborhood of 1.5 Bcf a day of new demand.

And as you spread and look across the entire State of Pennsylvania, a lot of projects that are being built or have been built that are utilizing natural gas from the Pennsylvania area. So, it’s all good, whether or not it’s a Cabot-linked project or with others.

But specifically, we’ve talked about this in the past, where we’ve identified a number of sites and locations with different acreage and terrain sizes with water, with rail, with power and obviously, with our gas supply. And we continue to talk to industries that are located in the Northeast, already have markets in the Northeast.

There’s been some new technology developed for some very unique projects that are good year-round loads and so nothing to announce today. Obviously, we have a huge amount of a huge amount of activity with different manufacturing associations and associations throughout that region, including local and county market development people.

So, it’s an ongoing process. We found some — we have some ideas that we’re working toward, nothing definitive, but we’re really happy with 0.5 Bcf a day low that we currently have up there. And most of those deals, of course, are long-term in duration because of the nature of their locations.

How about vicious Attorney General Josh Shapiro and his campaign of persecution, to turn long-resolved accidents into crimes? Shapiro was especially mean-spirited by targeting Cabot. What’s the company doing about it?

Yes. Got it. That’s the kind of color I was looking for. I guess I was misremembered and miscalibrated on that, but thank you for taking me out. Dan, I recognize that maybe this is a bit of a long shot, but is there anything – any comments you would – you’d care to make about the case that the Pennsylvania AG uncorked earlier this year with you guys?

Well, the AG as a number of companies have now been recognized by the AG and through their investigations. As you are aware that the charges are, of course, disputed matters but nonetheless, Cabot is cooperating with the AG, and we’re – they have provided his staff with facts and data addressing the allegations directly.

We are certainly telling Cabot’s side of the story. It’s undisputed up there that natural gas is naturally occurring in all the areas of Northeast Pennsylvania. And methane was up there in the rock prior — but prior to the oil and gas industry ever going up there. When we moved up there, it was a greenfield operation, no drilling had taken place, no production. And there was natural gas in the water systems up there.

So we’ll continue to work with AG, we’re always employing our best practices to protect the environment and its operations and continue to be a leader in that regard. We do intend to be able to resolve this matter that is positive for all stakeholders.

In other words Cabot is fighting. They won’t take Shapiro’s crap laying down. Good for them!

Finally, what’s the latest on Cabot’s targeting of the Upper Marcellus rock layer?

Got it. That’s very helpful. And if I could just sneak one more in and just follow-up on some earlier questions on the Upper Marcellus. I was just wondering, I know we’ve always talked about the 70% of – the upper 70% of the lower on the well performance front. Have you guys ever talked about just how to think about the difference in well costs between the two zones?

There’s another thing on the efficiencies that we see in those — in that cost Cabot also loads in — of our cost per foot. We also load in our — all our facilities in that cost, and we load in all the construction associated with our pad sites into those costs. That is, again, all-in cost for us and the other thing we do is we have what we think are very efficient completions.

We have 2,500 pounds of proppant we use in our completions. And versus, I know some other companies might use less proppant. So, their cost for proppant is going to be maybe slightly less than ours, but we do like the amount of gas that we have coming in out of our wells and so our recipe, we think we have dialed in, is very efficient.

So, there is going to be, overall, considerably less cost attached to the development of our Upper Marcellus, including use of roads, reuse of pad sites. We hope reuse of some of the equipment, so we would take — even though the — it might be a 70%-plus comparison to the Lower, we think on a return profile basis because of what I’m just mentioning, our Upper development is going to be in an extremely good return profile.

1 thought on “Cabot Still Drilling, Making Money and Getting It Done In Down Economy”