Jordan Yeager, and the Environmental Rights Amendment he’s apparently financed to promote, just completely flamed out with the Office of Attorney General.

Radical attorney Jordan Yeager, who frequently represents the Delaware Povertykeeper and other anti-gas shills for the Heniz Endowments and William Penn Foundation, just went down in flames on his favorite cause; promoting the Pennsylvania Environmental Rights Amendment. Once again, as happened with Todd Township, Huntingdon County, the Pennsylvania Attorney General’s office stepped in to lay down the law regarding the Amendment. 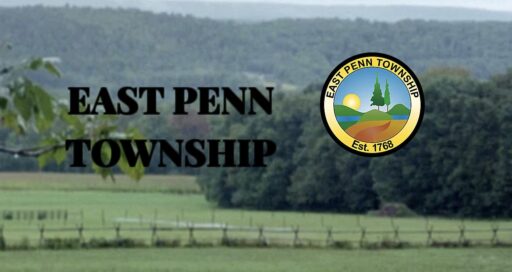 Robert A. Willig, Senior Deputy Attorney General for Pennsylvania, has written another letter of legal determination under the Agricultural Communities and Rural Environment (“ACRE”) law. Like his earlier letter regarding Todd Township, it has a huge bearing on natural gas.

The Office. The Attorney General (“OAG”) received a request challenging the legality of East Penn Township’s (“East Penn”) Ordinance 77 under the ACRE law. The East Penn ordinance doesn’t mention natural gas, Rather, it governs the agricultural use of biosolids. But, it addresses the most important tool Jordan Yeager and his Delaware Povertykeeper rely upon to fight natural gas — the Pennsylvania Environmental Rights Amendment.

Jordan Yeager represented East Penn Township in defending its Ordinance 77, the intent of which was to stop farmers from using already state regulated biosolids as fertilizer. The biosolids argument per se isn’t what’s important here. It’s the spectacularly failed attempt to abuse the Environmental Rights Amendment, which the Delaware Riverkeeper regularly brandishes as a sword in fighting natural gas development all over Pennsylvania.

East Penn argues that Ordinance 77 is a valid exercise of its authority under the Environmental Rights Amendment (“ERA) found in the Pennsylvania Constitution at Article I, Section 27. See East Penn Township Response, pp. 10-12.

East Penn repeatedly cites to Robinson Township v. Commonwealth, 83 A.3d 901 (2013) as support for its Section 27 argument. This reliance on Robinson Township iserroneous, as this case endorses the exact opposite proposition; there, the PennsylvaniaSupreme Court held that “the duties to conserve and maintain [public natural resources] are tempered by legitimate development tending to improve upon the lot of Pennsylvania’s citizenry.” Id., p. 958.

Cases interpreting Robinson have explained that it does not stand for the proposition that municipalities can enact ordinances pursuant to the ERA that undermine or circumvent state statutes and their accompanying regulations.See Frederick v. Allegheny Twp. Zoning Hearing Bd., 196 A.3d 677,697 (Pa.Cmwlth. 2018)(“Moreover, Robinson did not give municipalities the power to act beyond the bounds of their enabling legislation. Municipalities lack the power to replicate the environmental oversight that the General Assembly has conferred upon DEP and other state agencies.“; UGI Utilities, Inc. v. City of Reading, 179 A.3d 624,631 (Pa.Cmwlth. 2017); Delaware Riverkeeper Network v. Sunoco Pipeline, L.P., 179 A.3d 670, 695-696 (Pa.Cmwlth. 2018).

These points are then followed up by other arguments establishing municipalities are prohibited by state pre-emption from regulating certain matters the Commonwealth has reserved to itself. Pennsylvania reserves the rights to regulate both biosolids and  natural gas development. Willig then offers a stark conclusion I just love:

East Penn tries in vain to distinguish the East Brunswick case. East Brunswick is not just indistinguishable, it is fatal to Ordinance No. 77. The OAG recommends that East Penn seriously consider doing what East Brunswick did after the Commonwealth ruled against it in pretrial motions: settle this ACRE matter by enacting the model ordinance that the OAG provided to it on two earlier occasions. East Brunswick Township recognized the inevitable – defending its biosolids ordinance was a lost cause and realized that it was best to enact the model ordinance to avoid costly, fruitless litigation. The OAG respectfully submits that East Penn should do the same.

Notice anything about this list of usual suspects? I did. Every one of them gets a lot of money from the Heinz endowments and/or the William Penn Foundation, who also fund the Delaware Povertykeeper and, therefore, by extension, Jordan Yeager. That’s who really took the losses these past couple of weeks in court and with the Willing determination. Environmental Rights Amendment abuse and Jordan Yeager are being reined in.