Who would have thought the Pennsylvania Attorney General’s office would take the CELDF to the woodshed? Well, it just happened. And, it’s beautiful.

Every farm used to have a woodshed and that’s where you got a spanking if you misbehaved. Pennsylvania Attorney General Josh Shapiro, no friend of the gas industry, just took the detestable Community Environmental Legal Defense Fund (CELDF) there and what a spanking his office gave the group. It was about a farm issue, where the CELDF knew better, of course, but the implications for gas-related cases are there for all to see. 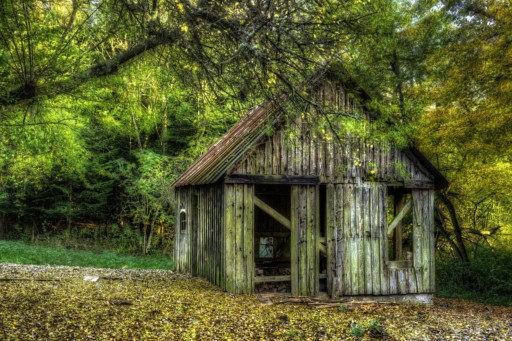 The spanking came in a letter from Senior Deputy Attorney General Robert Willig and it’s fabulous. It was about one of these unconstitutional “Community Bill of Rights” (CBR) ordinances the CELDF uses to bottle water plants, farms and fracking, among other things. It talked Todd Township, Huntingdon County, Pennsylvania to adopt one. A complaint was made to the AG’s office asking them to investigate the legality of the thing. Here are portions of the response (emphasis added):

The Township’s attorneys, the CELDF, draft and defend CBRs for municipalities. The courts have repeatedly ruled the CELDF CBRs illegal:

… the Court has examined CELDF’s federal environmental litigation occurring over the past fifteen years in Pennsylvania. CELDF … has championed the notion of “community self-governance” as justification for CELDF-drafted local ordinances to invalidate corporate property rights, and to strike at the preemptive effect of state and federal law where in conflict with a community-enacted ordinance…

In each cited action, the district court reviewed CELDF’s arguments and found them wanting, lacking argument predicated in law or facts, and failing to justify setting aside historically well-settled legal precepts… The most recent cases, including the instant action, find identical arguments reasserted, but not advanced in any material manner by distinguishing facts, analogy, or supporting case law from any court of coordinate or superior jurisdiction.

[In the] Pennsylvania Gen. Energy (“PGE”) Co., LLC v. Grant  [case in] 2018), the PGE court continued “that no lessons in good faith legal argument have been learned. Rather, [CELDF lawyers] continue to pursue nearly identical and rejected theories unabated, without regard to their obligation to conduct reasonable inquiry into applicable law prior to filing. As a result, PGE and this Court were left to resolve claims and defenses that in all candor, should have been abandoned, given the absence of any attempt to distinguish or confront adverse authority. Such conduct evinces bad faith …” The PGE Court finally:

…determined that [the CELDF had] pursued certain claims and defenses in bad faith. Based upon prior CELDF litigation, [it] was on notice of the legal implausibility of arguments previously advanced as to … community self governance as a justification for striking or limiting long-standing constitutional rights, federal and state laws, and regulations … Despite [its] own prior litigation, CELDF … continue[s] to advance discredited arguments as a basis for CELDF’s ill conceived and sponsored CBR…

The Township also relies upon Article I, Section 27, the Pennsylvania Constitution’s Environmental Rights Amendment (“ERA”) , to support its CBR. In its Response , the CELDF contends “[n]o state law can remove a municipality’s implicitly necessary authority to carry out its Section 27 obligations….“

In essence, the Township believes it can take any action it deems necessary under Section 27 in order to “conserve and protect the natural resources of Todd Township, which are held in the public trust…. “

The Courts disagree. “While expansive in its language, the ERA was not intended to be read in absolutist terms so as to prohibit development that enhances economic opportunities and welfare of the people currently living in Pennsylvania…”

CELDF’s reliance on Robinson Township is in error, as this case endorses the opposite proposition with the Pennsylvania Supreme Court holding that “the duties to conserve and maintain [public natural resources] are tempered by legitimate development tending to improve upon the lot of Pennsylvania’s citizenry…”

The CELDF drafted a CBR for the Township of Highland in Elk County, Pennsylvania. Highland enacted the CBR, which was challenged in court; before the case was resolved Highland repealed the CBR…

The OAG submits that Highland’s reasons for doing so are instructive:

After discussing the CBR with both [Seneca’s lawyer] and the Township solicitor, Highland determined to repeal the CBR … .Instead of exposing the Township and its residents to potentially ruinous civil liability in order to defend a facially untenable ordinance [the Township Board of Supervisors] chose to abide by their fiduciary obligations by rejecting and repealing the CBR…

Seneca’s counsel further explained that “[t]he CBR, both as originally adopted and as subsequently amended, was on its face untenable. The Highland Township Board of Supervisors … saw that and, rather than allowing Highland to be used as pawns in a battle that CELDF had no real expectation of winning, took the steps necessary to protect Highland…”

In Mora County, New Mexico, community leaders [in 2015] voted to repeal their CELDF-authored … ordinance after a federal judge ruled against the county in a lawsuit brought by an oil company and landowners. “We weren’t comfortable using our county as the test case to try to overturn two centuries of law,” said Mora County Commissioner Paula Garcia.”

The City of Lafayette, Colorado decided to defend its CELDF drafted ordinance and as of 2015 had “already paid some $60,000 so far in· defending its 2013 CELDF-authored community bill of rights in court, knowing the effort is a form of legal disobedience with little hope of yielding a courtroom win.”

That lawyer is Thomas Linzey – executive director of the CELDF. As reported in Reuters, “Linzey says his goal is not to write local laws that are popular, or stand up in court, but rather to trigger a public debate about community rights to local self-government – even if it means a community ultimately falls into financial ruin. ‘If enough of these cases get in front of a judge, there is a chance we could start to have an impact within the judiciary,’ said Linzey. ‘And if a town goes bankrupt trying to defend one of our ordinances, well, perhaps that’s exactly what is needed to trigger a national movement.”‘

All of the foregoing reasons demonstrate, without doubt, that Todd Township’s CBR violates state law. CELDF knows this; more to the point, so do the Courts.

It doesn’t get much clearer than this, does it? And, this from Josh Shapiro’s office!