Andrew Cuomo is giving $1 billion in solar subsidies to some very wealthy folks and political donors at the cost of Upstate New York.

Why is Andrew Cuomo spending $1 billion on solar subsidies? New York State is overtaxed to such a degree that few can afford to live there unless they’re already rich or living off the system. Many are voting with their feet to leave. Yet, the the Governor who cannot make a decision on natural gas somehow finds $1 billion to fund solar subsidies at a cost of $333,000 in public funds per megawatt of power, which doesn’t include what the consumer will have to pay.

A conventional natural gas powered plant to generate electricity costs less than 18-26% that of solar power, according to the Energy Information Administration, and the fixed operations and maintenance costs of the latter are somewhere between two to five times higher, not to mention the fact solar power needs something like natural gas as a complement anyway (as Nick Grealy noted yesterday). There’s everything right about solar, if its used as a supplement and the cost is reasonable, but wouldn’t it make sense to develop natural gas at the same time or first?  And, why pay so much for it?

Is Andrew Cuomo smitten by Tony Ingraffea’s silly (and wildly unrealistic) plan to switch completely to renewables in seven years or something? Or, is this still another case of Upstate New York middle-income taxpayers being forced to subsidize toys for the wealthy with solar subsidies? There are strong indications it’s the latter.

Cuomo appears to have avoided making a decision on natural gas because his blue blood allies and friends who run the NRDC, the Open Space Institute and Catskill Mountainkeeper won’t let him. They are determined to avoid anything that would raise land values and interfere with their state fleecing land deals and they have the power, as is evident by their placement of their man Joe Martens (former head of the Open Space Institute) in the position of Commissioner of the Department of Environmental Conservation. Things are, as a result, at a standstill with natural gas.

Solar moves forward in the meantime in the form of favors for other blue bloods.  The Governor’s news release announcing his latest solar initiative, for example, hypes “a project at Paidge Steel and Time Warner Cable installed by Steel Equities.” Steel Equities is a real estate developer associated with Paidge Steel and Cuomo gets more money from real estate developers than anyone else. Time Warner Cable, soon to become part of Comcast, is one of the Governor’s largest donors and proposes to pay $45 billion for Time Warner.  Comcast and Time Warner, between them, have given Cuomo $196,500 toward his campaign.

Comcast, Time Warner and Steel Equities don’t need help from New York State to do solar power. They can do it on their own, but such is the nature of corporate welfare today. Cuomo is throwing out solar favors to his donors.  Solar City is another recipient of Cuomo’s solar largesse.  Then, of course, there is movie actor and fractivist Mark Ruffalo, who was pleased to accept taxpayer for this backyard toy with which to proclaim his environmental consciousness: 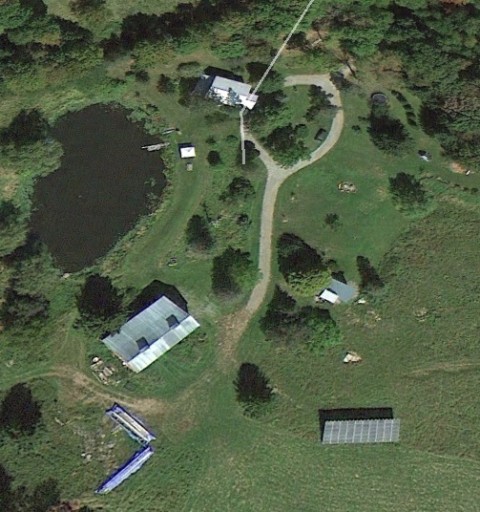 This appears to be much more to this solar gig than meets the eye, but one thing we already know from a few minutes of initial research. It’s doing nothing for Upstate New York other than increase the tax burden and empty it out quicker than ever while a decision on the natural gas that could actually turn things around awaits. This is nirvana for the blue bloods, though. They get to show off their toys, establish moral superiority at someone else’s expense and chase out those indigenous peoples so they can acquire the land for themselves at cheap prices and sell it back to the state at a profit. What a state!

8 thoughts on “Cuomo’s Solar Subsidies for the Wealthy”