Something remarkable happened recently as the Pennsylvania State Democratic Committee, led by a radical attorney from Monroe County, fell for a ridiculous fracking moratorium that former Democrat Governor Edward Rendell found to be ill-advised, all while natural gas produces hundreds of millions of dollars in impact fees and thousands of jobs for PA.

The State Committee of the Pennsylvania Democratic Party passed a resolution the other day to commit state suicide by saying it favored a moratorium on the natural gas development that has saved the Commonwealth from the kind of economic disaster New York is facing.  This action was apparently based on a background piece entitled “Ten Myths about Fracking in Pennsylvania,” but it’s the supposed mythbusters themselves who seem to be spinning the yarns. 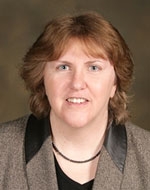 The author of the material is not specifically identified, but it was offered in support of the resolution introduced by State Committee Member Susan Lyons from Monroe County, so one assumes she provided, if not assembled, the document for committee review.  Lyons is an attorney from the Stroudsburg area who serves as a law librarian and New York law researcher at the Rutgers University School of Law.  She’s not just any attorney, though; she’s a member of the National Lawyers Guild, which has claimed such radicals as William Kuntsler, Bernadette Dohrn, Lynn Stewart and Ron Kuby as members.  This is a group that routinely espouses extremist causes and Lyons has done her part by volunteering her services to the tree-sitting, gate-chaining protestors of the Tennessee Gas Pipeline project a few months go.

The Democratic Party resolution Lyons offered had been pushed earlier by groups such as Berks Gas Truth (no gas in Berks County, so they’re opposed to it, of course), Food and Water Watch and other natural gas opposition groups.  It was blocked by saner members of the party who apparently weren’t around in June, leading to adoption of a measure that directly counters every action taken by the last governor of the state, Democrat Edward Rendell.

Regardless of the how and why, Lyons little report attempts to cast doubt on well-established facts about natural gas by calling them myths and then throwing up enough nonsense to make the reader there must be another side to the story.  Her “facts,” though turn out to be recycled allegations and denials (let’s just call them denials for the sake of brevity) long ago unmasked as baseless.  Let’s take a quick look at just the first five denials (more later):

Denial #1 – Fracking is NOT clean energy that reduces greenhouse gases released into the atmosphere and will NOT help in the fight against climate change.

Demonstrating just out-of-touch she is with the latest developments on this front, Lyons cites the already widely discredited Howarth/Ingraffea study to suggest natural gas “is dirtier than coal in terms of its impact on global warming.”  That research has been debunked by no fewer than 10 major organizations and/or peers as seriously flawed. Carnegie-Mellon University says “We don’t think they’re using credible data and some of the assumptions they’re making are biased.”

Cornell University’s Lawrence Cathles goes further, saying “none of [Howarth’s] conclusions are warranted” and IHS-CERA notes “The Howarth estimates assume that daily methane emissions throughout the flowback period actually exceed the wells’ IP at completion. This is a fundamental error, since the gas stream builds up slowly during flowback. Compounding this error is the assumption that all flowback methane is vented, when industry practice is to capture and market as much as possible, flaring much of the rest. Here is a summary of comments from others. Also, see “U.S. Leads in Reducing Carbon Emissions, Due to Natural Gas, Despite Howarth” for a overview.

Denial #2 – Fracking is NOT creating tens of thousands of good jobs in Pennsylvania.

Lyons went to an old report by another “progressive” group, the Keystone Research Center, to try to deny the employment gains from natural gas development and then assert all the jobs must be dangerous anyway.  She cited no statistics regarding jobs but they are readily available from the Pennsylvania Department of Labor, which notes, between 2009 and 2012 third quarter employment in core Marcelus Shale industries was up 19,087 (+163.6%), while all industries increased just 2.7%.

Lyons allegations regarding industry natural gas worker highway accident fatalities data were equally flawed.  You are, in fact, more endangered driving a highly regulated cab service, a garbage truck or a farm truck than working for the natural gas industry.  If you are an ordinary trucker not associated with natural gas, you are 3.44 times as likely to die in a fatal highway crash as someone associated with the industry.

She also threw in the obligatory reference to silicosis but the Bureau of Labor Statistics’ Survey of Occupational Injuries and Illnesses shows the industry’s incident rate declined by 33% from 2010 to 2011 even as the volume of drilling activity grew significantly nationwide.

Denial #3 – Fracking is NOT good for our local communities.

Lyons claims, among other things, that rural counties “once noted for their clean air now have the highest rates of air pollution in the state.  This statement is simply false, as DEP has calculated that Marcellus Shale activities within its Wilkes-Barre region, for example, accounted for 3,077 tons of NOx emissions compared to a reduction in such emissions from other point sources by 5,956 tons; reductions achieved with big help from natural gas.  UGI, for example, converted its Hunlock Creek power plant in Luzerne County to natural gas as a direct consequence of Marcellus Shale development next door, reducing NOx emissions from 495 tons in 2006 to 17.2 tons in 2011.  This is a 96.5% reduction in emissions from just one conversion.  UGI is also converting tens of thousands of homes to natural gas with NOx reductions of as much as 28% each, based on conversion studies from New York City.

The natural gas industry has also rebuilt hundreds of miles of state and local roads in advance of development, helped build hospitals, donated to park projects and assisted with flood recovery, not to mention hundreds of other community service projects.  Good for local communities? Absolutely.

Denial #4 – Fracking is NOT safe [simply] because the wells are lined with cement and steel.

Lyons repeats another bit of hyperbole offered by Tony Ingraffea to the effect that between 6-7% of the cement casings in wells drilled in Pennsylvania fail during the very first year, allowing gas and frack fluid to migrate to the surface and pollute the land and water. Ingraffea’s data is based on a faulty analysis and is directly contradicted by a report from the Ground Water Protection Council that examined more than 34,000 wells drilled and completed in the state of Ohio between 1983 and 2007. The data show only 12 incidents related to failures of (or graduate erosions to) casing or cement – a failure rate of 0.03 percent.  This means Ingraffea is off by a factor of 200:1, an error which arises because he calls any issue, no matter how minor, a “failure” and recognizes no possibility of corrections, which occur routinely in almost all cases.

Denial # 5 – It is NOT true there is no evidence of water pollution from fracking.

Sadly for Lyons, and wonderful for most of us, it IS true there is no evidence of water pollution from fracking.  The EPA has acknowledged it and so have the numerous states with major natural gas development.   Lyons tries to argue that methane migration issues constitute such pollution from fracking but gets tripped up in her own misuse of the term to apply to all aspects of such development.  “Fracking” refers to hydraulic fracturing, one very specific process that may occur long after drilling, and folks such as Lyons want to have it both ways.  They want to say fracking is the well stimulation process by that name when they seek to portray it as something new and mysterious but then want to say its everything about gas when the objective is produce evidence of pollution.  Nonetheless, the very study Lyons cites as evidence for its contention that fracking produces pollution of water supplies, says this:

We found no evidence for contamination of drinking-water samples with deep saline brines or fracturing fluids.

So, what we have are five instances of un-artful dodging and denial in an attempt  to lay the groundwork for what became the Democratic State Committee resolution, a measure as radical as its author.  More to come…

6 thoughts on “Busting the Fracking Mythbusters”