New York State has long passed the tipping point where rational public policy is possible. The reason? The state is hopelessly urban with no grasp of land.

I’m often asked by Upstate New Yorkers and residents of other states why New York does such inexplicable things. My answer, though hardly reassuring, is that the Empire State is now so urban that all connection with the land is lost for most voters. Take the five boroughs of New York City, throw in Long Island and Rockland and Westchester Counties, and you have 63% of all New York State crowded onto 4% of the land at a density of almost 6,000 persons per square mile.

Most voters living in such conditions haven’t the slightest clue how food is grown or energy is made or what it mans to own and be responsible for land. Land, in fact, is a foreign concept to someone who has lived in an apartment, however plush, and simply pays for food, energy and transportation without giving a thought to how they’re delivered. Property taxes, deer management and all-weather tires are terms for which there is utterly no use. Give any of these people 100 acres of land Upstate, tell them to make a living off it and they’d starve, just as I would if suddenly plopped down in Manhattan. They’re two different planets, culturally speaking, yet the population imbalance ensures the Upstate New Yorker is at the mercy of the city dweller with no grasp of land.

All this is brought to mind by an article (subscription required) in E & E News entitled “Fight for natural gas ramps up in N.Y.” that addresses the bizarre anti-gas policies of a state that continues to use more and more natural gas. It builds a bit on a recent study by the US Chamber of Commerce documenting the insanity of blocking Northeast pipelines IER reported on here. Prince Corruptocrat, of course, has been methodically taking instruction from the NRDC gang to torpedo one pipeline project after another on the grounds of spurious refusal to issue routine water quality certifications. E & News quotes our good friend Karen Moreau from API, as asking “What’s the legitimate reason here? ls there one? What is his plan for natural gas? 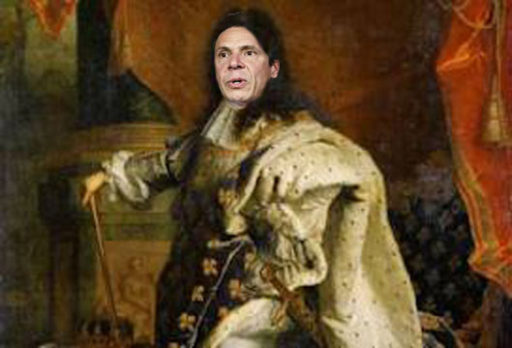 Those are great questions and the sad truth is that Governor Cuomo has no reason other than kowtowing to the NRDC gang and the urban New Yorkers who haven’t got a clue. He’s Prince Corruptocrat, but King Demagogue, perhaps America’s worst governor on the  integrity scale. He plays to an uninformed crowd that doesn’t know and doesn’t care that natural gas is the key to their energy future. Some have blocked it out on the theory they’re smarter and better informed and, therefore, cannot be wrong. Most simply don’t know. Cuomo’s plan, to the extent there is one, doesn’t go beyond the demagoguery except to secretly hope FERC or the courts overrule him so he gets both the gas and the credit for having attempted to block it.

It’s a strategy for losers; the cynical politics at the very core of how New York is governed. Still, it may well be the only way to get things done in a state where 63% of the people control everything from a tiny 4% of the land so completely different than the rest of the state and so ignorant of what land involves. Andrew Cuomo is probably less the driver than the driven is such a situation. It may be that only an individual of such corruption and such cynicism is capable of riding New York through its storms. Perhaps, in other words, steering the ship is impossible and riding it out is the best option. 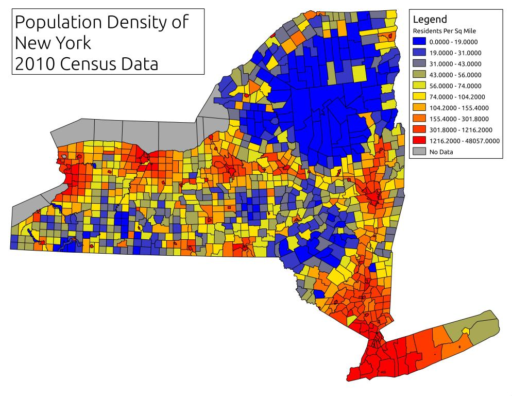 If so, there is little hope for New York unless those city dwellers can be educated. There is a new effort, although late in coming, to do just that. It’s the result of a new coalition of industry, labor and economic development groups recently announced:

Community, labor and business leaders from across the state joined today to announce the launch of New Yorkers for Affordable Energy, a coalition dedicated to supporting access to cleaner, reliable and affordable sources of energy for residential and business consumers. New Yorkers for Affordable Energy supports increasing access to natural gas for manufacturing facilities, power production, transportation, and other purposes to support New York’s economy and quality of life.

“Community and business leaders from across New York understand the important role natural gas plays as a catalyst for job growth,” said Heather C. Briccetti, Esq., president and CEO of The Business Council of New York State, Inc. “The Council is proud to join with residents, labor leaders and fellow business organizations in highlighting the immediate and pressing need for access to clean and affordable energy.”

James Cahill, President of the NYS Building & Construction Trades Council, said, “ New York is at a crossroads in terms of energy policy. Demand for energy is increasing at a time when the state’s aging infrastructure is already straining to meet the needs of consumers and businesses. Increasing access to affordable energy will help create jobs and lower energy costs for New Yorkers.”

Coalition members support a spirited public dialogue and fact-based education about responsible infrastructure development; and we commit to conduct ourselves in a manner that will provide sustainable and broad-based economic and energy-security benefits for all. More information can be found at www.affordableenergyny.com.

Let’s hope this coalition starts doing a lot more education on the environmental, health and economic benefits of natural gas and directs its efforts at that 63% of the population that lives far removed from the land that produces (or could, in the case of Upstate, produce) all those benefits. Lives are being saved today in New York City because natural gas has been substituted for coal and oil and the air is far cleaner as a result. Carbon emissions are way down for the same reasons. The costs of energy to urban New Yorkers have been dramatically reduced due to natural gas development. 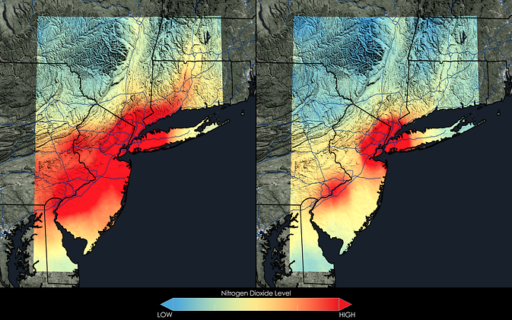 Those are the messages that must be sent and they need to be repeated ad infinitum. Update New York cannot survive unless it convinces that 63% that what happens outside that tiny 4% of land on which it resides matters to their own livelihood, which will not be advanced by NRDC gang efforts to make a wilderness out of it.

9 thoughts on “What’s the Matter with New York?”