The Wayne Land and Mineral Group lawsuit against the DRBC has attracted attention from the Rockefellers a/k/a the NRDC gang. Landowners are over the target.

It’s been obvious from the beginning the DRBC is subservient to the special interests of Northeast elites, especially the Rockefeller and Haas families. The latter, acting in the name of the William Penn Foundation, has bought off the Delaware PovertyKeeper  and the DRBC itself. The Commission has dutifully stopped fracking in the Delaware Basin, as the same governing majority allows it in the Susquehanna River Basin with no discernible downsides. Meanwhile, the PovertyKeeper goes to court hand-in-hand with the DRBC to fight landowners both being paid simultaneously by the Foundation. Now, their partners in trying to make a wilderness out of the Upper Delaware region—the Rockefellers—are headed to court with them. It can only mean one thing; the Wayne Land and Mineral Group is right over the target with their lawsuit against the DRBC. 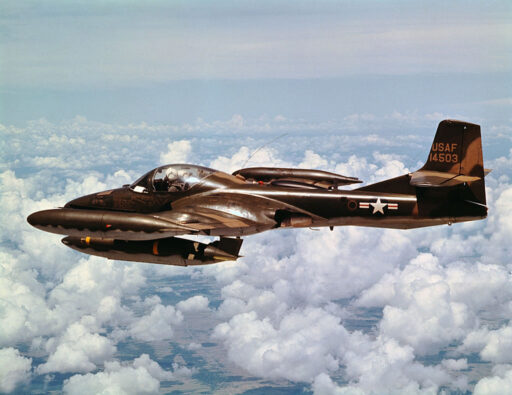 Yes, the elites must be threatened because they are now piling on with a “Motion for Leave to File Amicus Brief by Catskill Mountainkeeper, Natural Resources Defense Council, Inc.” That happened at 9:51 AM today, but the NRDC gang announced their intentions yesterday with this piece of trash

Fracking is a destructive method of extracting oil and gas from the ground that pollutes the air, contaminates nearby ground and surface waters, contributes to the climate crisis, and makes residents sick. Fracking has no place in the Delaware River Basin, which was recently recognized as American Rivers’ 2020 River of the Year, and serves as an important habitat for several endangered species, a drinking water source for over 16 million people, as well as a refuge for anglers, bird watchers, boaters, and swimmers.

Thanks in part to the advocacy of NRDC and its allies, since 2011 the Basin has been protected by a de facto watershed-wide fracking ban, but that ban is at risk of being reversed, putting the entire region at risk.

Wayne Land and Mineral Group, a group of landowners in Wayne County, Pennsylvania, want to frack in the River Basin. They have sued the DRBC, claiming it lacks authority to regulate this dangerous industrial activity.

Our brief explains that water is a central component of fracking, and that the utilization, control, and management of water resources is a necessary part of this process.

In our brief, we make two central points:

First, water is a necessary and primary component in fracking. Water is the primary component in fracking fluid, making up over 98 percent of the toxic fluid cocktail that is injected underground during the fracking process. Fracking permanently removes up to 90 percent of the water used from the water cycle. If permitted, fracking would permanently remove nearly 18 billion gallons of water from the Basin over the next 20 years.

Second, fracking in the River Basin would contaminate local ground and surface water, killing local aquatic wildlife and making residents sick. Fracking results in the formation of millions of gallons of hazardous contaminated fluid and wastewater that can leak into the River Basin, jeopardizing the health of nearby communities and the environment. Fracking fluid and wastewater contain thousands of chemicals, many of which are toxic. Any leak or spill of fracking wastewater can be fatal to humans and other species, including fish.

Indeed, fracking is driving a public health crisis across the United States. Studies have found that those who live closer to fracking wells are at greater risk of experiencing serious health problems. If fracking were to be permitted in the Delaware River Basin, roughly 45,000 people would find themselves living within one mile of the planned well pad locations and exposed to associated health risks.

The Delaware River Basin Commission was formed with the explicit purpose of safeguarding the waters of Delaware River Basin, along with protecting the health of the 7.3 million residents who live there. It follows that it has both the authority and the responsibility to prohibit fracking in the Basin.

As we have pointed out here many times, most recently here, the NRDC and the Catskill Mountainkeeper are one and the same with overlapping trusteeships. They are the Rockefeller family and friends. The gang also includes the Open Space Institute (OSI), its various conservancy organizations, Larry Rockefeller’s real estate entities, numerous foundations and a network of other environmental groups under the thumb of the family. They are wanting to get involved more openly in the case, but it’s important to understand they have already been indirectly involved because OSI is a partner with the William Penn Foundation in seeking to gobble up as much land as possible. Fracking is a major threat to their schemes and their scams.

What’s the motive for getting involved now more openly? It could be just a desire for some cheap publicity pushing “fracking would contaminate and kill” falsehoods. It could be an attempt to influence the court through hyperbole. It could be both. But, I think it’s something else. I think it’s about the fact the lawsuit against the DRBC has much merit and the DRBC/SRBC dichotomy augurs for a legal solution whereby the DRBC is forced to consent to act in the same manner it does when it wears its SRBC hat. This to say the water use is regulated,  but the natural gas development per se is not. Reasonable regulation doesn’t serve the NRDC agenda and, therefore, the gang is attempting to pre-empt it.

We’ll see, of course, but the squealing of the elites suggests the people’s lawsuit is hovering somewhere over Lew Beach, New York, right now and the Rockefellers below have noticed and are running for cover.