Michael Moore calls out biofuel, solar and wind as the corporatist rent-seeking scams they really are as “Planet of the Humans” wracks green world havoc.

Never in my wildest dreams did I envision a day when I’d agree with anything filmmaker Michael Moore said – much less that Michael Moore would agree with me. But mirabile dictu, his new film, Planet of the Humans, is as devastating an indictment of wind, solar and biofuel energy as anything I have ever written.

The documentary reflects Michael Moore’s willingness to reexamine environmentalist doctrine. It’s soon obvious why more rabid greens tried to have the “dangerous film” banned. Indeed, Films for Action initially caved to the pressure and took Planet off its website, but then put it back up. The film is also on YouTube. 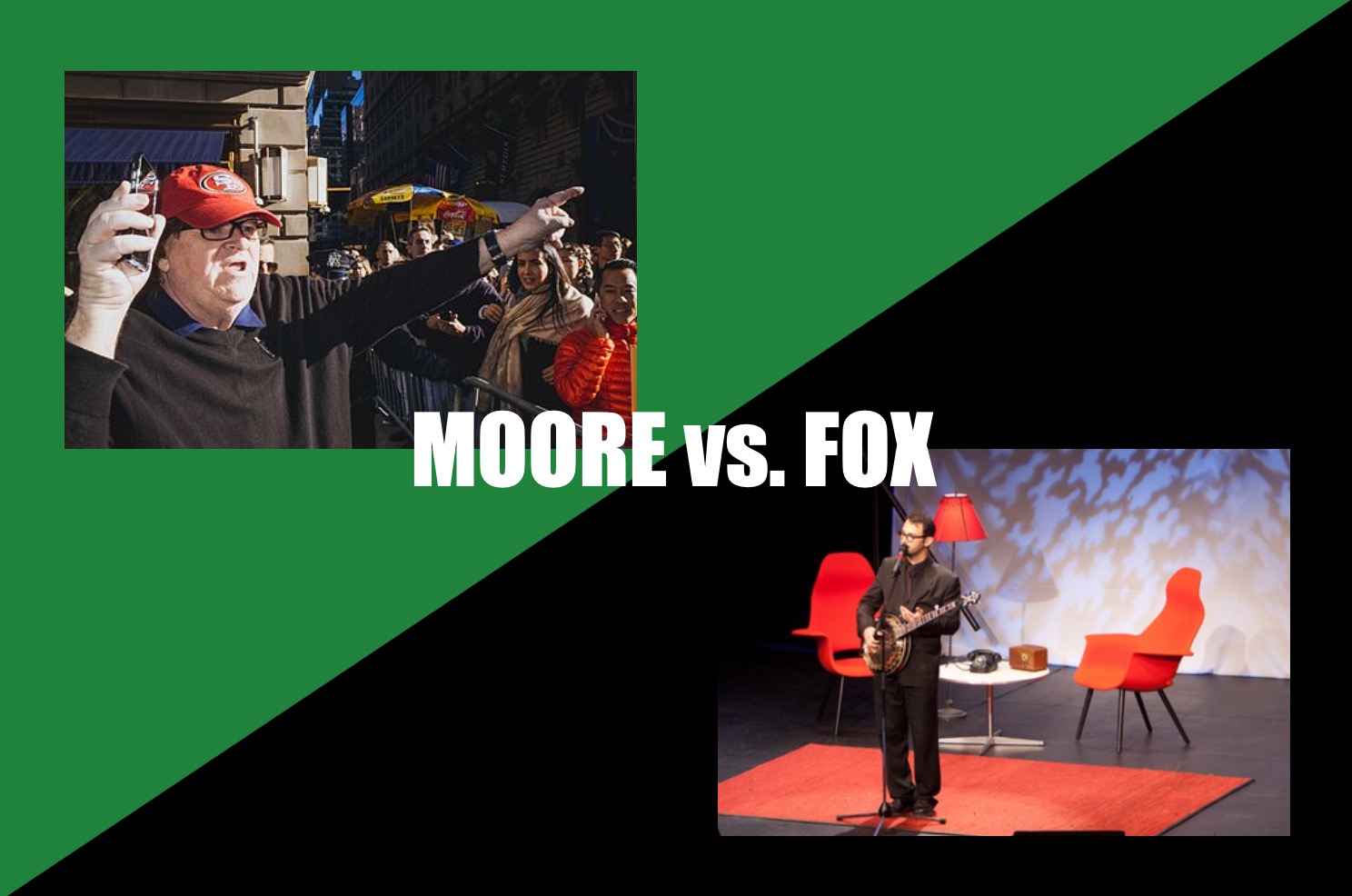 Would-be censors included Josh Fox, whose Gasland film Irish journalists Phelim McAleer and Anne McElhinney totally eviscerated with their FrackNationdocumentary; Michael Mann, whose hockey stick global temperature graph was demolished by Canadian analysts Ross McKitrick and Steve McIntyre, and many others; and Stanford professor Mark Jacobson, who just got slapped with a potential $1-million penalty (in legal fees) for bringing a SLAPP (strategic litigation against public participation) and defamation lawsuit against a mathematician who criticized Jacobson’s renewable energy claims.

These critics and their allies are rarely willing to discuss any climate or energy issues that they view as “settled science,” much less engage in full-throated debate with “deniers” or allow former colleagues to stray from the catechism of climate cataclysm and renewable energy salvation. They prefer lawsuits. But they sense the Planet documentary could be Fort Sumter in a green civil war, and they’re terrified.

Their main complaint, that some footage is outdated, is correct but irrelevant. The film’s key point is the same as my own: wind, solar and biofuel energy are not clean, green, renewable or sustainable, and they are horrifically destructive to vital ecological values. The censors believe admitting that is sacrilegious.

Director-narrator Jeff Gibbs never talks to natural gas advocates – or to “renewable” energy and “manmade climate crisis” skeptics. Instead, he interviews fellow environmentalists who are justifiably aghast at what wind, solar and biofuel projects are doing to scenic areas, wildlife habitats, rare and endangered species, and millions of acres of forests, deserts and grasslands. He peeks backstage to expose bogus claims that solar panels actually provided the electricity for a solar promotion concert.

After speaking with “renewable” advocates in Lansing, Michigan, and learning that the Chevy Volt they’re so excited about is actually recharged by a coal-fired generating plant, Gibbs visits a nearby football-field-sized solar farm. It can power 50 (!) homes at peak solar intensity. Powering all of Lansing (not including the Michigan State University campus) would require 15 square miles of panels – plus wind turbines and a huge array of batteries (or a gas power plant) for nights and cloudy days.

The crew films one of those turbines being erected outside of town. Each one is comprised of nearly 5,000,000 pounds of concrete, steel, aluminum, copper, plastic, cobalt, rare earths, fiberglass and other materials. Every step in the mining, processing, manufacturing, transportation, installation, maintenance and (20 years later) removal process requires fossil fuels. It bears repeating: wind and sun are renewable and sustainable; harnessing them for energy to benefit mankind absolutely is not. (Go to 36:50 for a fast-paced mining tutorial on where all these “clean, green” technologies really come from.)

Then they’re off to Vermont, where a wooded mountaintop is being removed to install still more wind turbines. Removing mountaintops to access minerals, bad; to erect huge bird-killing wind turbines, good?

An aerial shot features 350,000 garage-door-sized mirrors sprawling across six square miles of former Mojave Desert habitat – with the giant Ivanpah “solar” power plant in the center. The system gets warmed up each morning by natural gas-powered heaters, so that it can generate a little electricity by sundown.

This “environmentally benign” solar facility now sits where 500-year-old yuccas and Joshua trees once grew. “Outdated” footage shows them being totally shredded to destroy any evidence they ever existed.

Gibbs and Michael Moore next discuss ethanol – and the corn, water, fertilizer and fossil fuels required to create this “clean, green, renewable” gasoline substitute, which emits lots of carbon dioxide when burned.

Even worse is the total devastation of entire forests – clear cut, chopped into chips, maybe pelletized, and shipped hundreds or even thousands of miles … to be burned in place of natural gas to generate the electricity that makes modern homes, factories, hospitals, living standards and life spans possible. The crew gets “five seconds” to leave a denuded forest and “biomass” power plant area in Vermont – or be arrested. Haunting images of a bewildered indigenous native in Brazil and a terrified, mud-covered orangutan in Indonesia attest to the destruction wrought in the name of saving Earth from climate change.

You’re left to wonder how many acres of corn, sugarcane or canola it took for Richard Branson to fly one biofuel-powered jet to mainland Europe. How many it would take to produce the 96 billion gallons of oil-based fuel the airline industry consumed in 2019. How many decades it will take to replace the millions of acres of slow-growth forest that are incinerated each year as a “carbon neutral” alternative.

“Is it possible for machines made by industrial civilization to save us from industrial civilization?” the producers wonder. “Renewable” energy systems last only 15-20 years, and then must be torn down and replaced, using more non-renewable resources, “if there’s enough planet left,” they say. “We’re basically being fed a lie.” Maybe we’d be “better off just burning fossil fuels in the first place,” than doing this.

Indeed. But bear in mind, the devastation that so deeply concerns Moore and Gibbs is happening in a world that is still some 85% dependent on fossil fuels, 4% on nuclear and 7% on hydroelectric. Imagine what our planet would look like if we went 100% (pseudo)renewable under various Green New Deals: millions of wind turbines, billions of solar panels, billions of batteries, thousands of biofuel plantations and denuded forests, thousands of new and expanded mines, and more.

But where some see devastation, others see opportunity. Or as Arnold Schwarzenegger says in the film, where some see the Mojave Desert as miles and miles of emptiness, he sees a vast “gold mine.” Al Gore sees endless millions in profits, a lovely seaside mansion and cushy private jets. Koch Industries sees bigger solar and biofuel empires. The Sierra Club and Union of Concerned Scientists envision raking in more millions off climate doom and renewable salvation, while 350.org founder Bill McKibben can’t seem to remember that the Rockefeller Brothers and other fat-cat foundations gave him millions of dollars, too.

Instead, they propose that we humans must “get ourselves under control.” This means not just slashing our living standards (may we all have “carbon footprints” as small as Al Gore’s) and “de-developing” and “de-industrializing” the United States and Europe, while simultaneously dictating to still impoverished nations how much they will be “permitted” to develop, in accordance with former Obama science advisor John Holdren’s totalitarian instincts. It also means having far fewer humans on this glorious planet. (How exactly that is to be achieved they don’t say, though several twentieth century dictators offer ideas.)

This is where Planet of the Humans takes a troubling, wrongheaded, neo-Malthusian turn. But these final minutes should be viewed attentively, to understand what still motivates far too many “environmentalists,” who too often get lionized or even canonized for their devotion to Mother Earth – even if the price is measured in billions left in unimaginable poverty, malnutrition and energy deprivation, and millions dying long before they should.

Michael Moore and Jeff Gibbs have done us a great service in exposing the environmental degradation from pseudo-renewable energy. Now they just need to reexamine neo-Malthusian doctrines as well.

mineralsPaul Driessen is senior policy analyst for the Committee For A Constructive Tomorrow (www.CFACT.org) and author of Eco-Imperialism: Green power – Black death.