The news media’s reporting on climate change is always gloom and doom, but as George Ahearn points out, they are basing their reports off junk science.

The biggest myth in American journalism is that climate news is covered as a science when we all know it is covered as a political left or right issue. Since the press has already decided that the matter is scientifically settled, you rarely get any good news, mostly Armageddon.

In fact, most of the research since 1980 has shown a significant lack of progress on the question of climate sensitivity, raising the issue of even more uncertainties, particularly over whether the expected warming would be a net plus or minus and whether the elimination of fossil fuels is worth the cost. 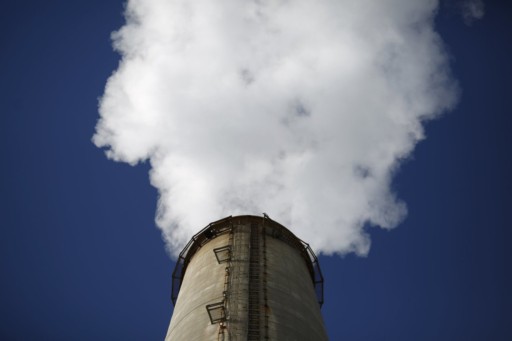 Take for example, a recent French report from the Washington Post web site (or all places) that was not picked up by the main street media, because the news was good. It illustrates that even the U.N. International Panel on Climate Control (IPCC) can’t give a specific answer to the question: How much will the Earth’s average surface temperature go up if the amount of CO2 in the atmosphere doubled? Right now, they would tell you 1.5 C to 4.5 C, which has been the answer for the last 25 years.

The French report describing the a study by climate physicists from the University of Exeter and the U.K.’s Center for Ecology & Hydrology, not only narrows the range to 2.2 and 3.4 degrees Celsius, but rules out any outcomes higher than 4.5 degrees. Recently, in 2013 the IPCC back-peddled to a wider range of uncertainty in the direction of less warming. This is even less precise than the one they developed in 1979 with far less sophisticated computers.

This 49 year lack of progress in predicting what is known as equilibrium climate sensitivity (ECS), is no wonder why the journal Nature quotes a climate scientist saying that this ECS issue remains “stubbornly uncertain”.

Therefore, when the IPCC  ”with 95% certainty” reports that humans are responsible for half the warming observed  between 1951 and 2010, it is merely an estimate of how much warming would have taken place if the ECS prediction is correct based on methods no better than what we had 40 years ago. Thus, reporting scientific progress in this field would require admitting gross uncertainties; that’s why everyone sticks to the “narrative”.

The next time someone tells you this is settled and Florida will be uninhabitable 50 years from now, tell them there is no solid evidence to make this prediction, since the data is based on computer models that have already been shown to be incorrect and which grossly overestimate the actual warming observed thus far. It’s sort of like predicting a number before you throw the dice, and then assuming it must have come up because that’s what your model predicted.

That’s what we scientists call “junk science” and that’s what most of you read in the media about climate change.

Editor’s Note: As readers of NaturalGasNOW know, our position on climate change is simply that natural gas development has serve to reduce carbon emissions faster and more extensively than any of the government policies enacted or any of the measures suggested by fractivists. The results speak for themselves and have been set out here numerous times.  George’s post, in turn, sets out an another fact that is undeniable; advocates of those government policies and measures have simply failed to cite the facts in a way that creates a compelling case. If the news were reported correctly and with acknowledgement of facts to the contrary, the situation might be different. Science cannot be forced; certainly not ahead of its time. Meanwhile, natural gas should be something on which all can agree.

George P. Ahearn was the co-founder and President, Chief Executive Officer, and Chairman of GEO Specialty Chemicals, Inc. from its inception in 1993 until he left in 2005. Prior to that time, he was President and Chief Operating Officer of the Hall Chemical Company, a maker of specialty metal-based chemicals from 1988-1992.  Mr. Ahearn was employed for 28 years by Exxon Corporation and Exxon Chemical from 1960-1988, holding various executive positions in research and the business.

2 thoughts on “If You Want Support for Climate Change Policies, Then Report It Correctly”