The truth behind the Grant Township injection well controversy is ugly. The parties taking advantage of the Township are totalitarian wannabes out for power.

We previously reported on the story of two Pennsylvania townships that were either hoodwinked, or perhaps willing led astray, by the radical Community Environmental Legal Defense Fund (CELDF) into passing (now overturned) bans on fracking and injection wells in their towns; Highland Township (Elk County) and Grant Township (Indiana County). The CELDF continues to agitate against the Indiana Township injection well hoping to producer anarchy.

The two townships thought they would do an end-run around the state’s authority to issue permits for two injection wells, one in each township, by re-incorporating under so-called home rule charters. The towns essentially declared themselves independent of the state for a variety of matters, including oil and gas permits, which the Pennsylvania state constitution clearly says is a function of only the state Dept. of Environmental Protection. 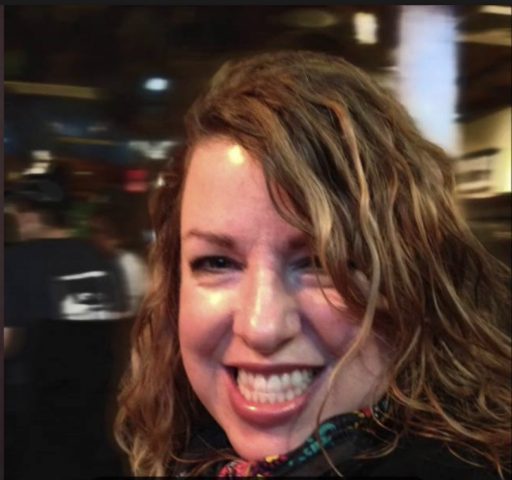 In March, the DEP issued final permits to each town, and at the same time sued each town to get those portions of their home rule charters, dealing with oil and gas, overturned. The towns agreed to “stand down” and, during their lawsuits, not oppose the DEP’s permits for the injection wells.

We thought that would be the end of it. But no, it seems in Grant Township the so-called leaders of the town continue to be brainwashed by the CELDF. In May, Grant’s attorneys filed a counter-claim against Pennsylvania asking Commonwealth Court to recognize a sort-of extra-judicial set of rights the town can exercise over top of, or in addition to, state laws (instead of their previous position of trying to replace state laws).

Unfortunately the judge is willing to give them some rope. Here’s a Pittsburgh Post-Gazette update on the CELDF anarchist-backed challenge happening in Grant, which is a clear and direct threat to our very Constitutional form of self-government.


Saying that the town’s charter put Pennsylvania permit reviewers at risk of criminal prosecution, DEP sued Grant Township and its supervisors on March 27 — the day the state issued a permit to Warren-based Pennsylvania General Energy Co. to convert the Yanity gas well into a disposal well.

In May, Grant’s lawyers filed a counter-claim, asking the state Commonwealth Court to recognize that local, home rule governments can increase their residents’ civil and environmental rights above the floor established by state laws — just as state laws can demand more than federal law.

At a court hearing on Oct. 10 in Harrisburg, Senior Judge Bonnie Brigance Leadbetter called that “somewhat of a steep uphill argument,” but probed the idea to test how such a system might work.

“Where do you draw the line,” she asked, “for the power of the municipality to enact local ordinances that conflict with state law?”

About 20 residents from Grant and their supporters sat in the courtroom, three hours from home, to demonstrate their investment in the case.

DEP attorney Richard Watling said the town had an opportunity, through zoning, to control development in a more conventional way. The Pennsylvania constitution clearly delineates the limits of what municipalities can do, he said.

“The people did not design a system of dueling jurisdictions,” he said…

Regulators believe underground disposal is one of the safest ways to handle waste that can’t be reused to frack new wells. Other alternatives, like evaporation and distillation, create other hazards, like concentrating radium, salt and metals in waste that has to be landfilled, Mr. Perry said.

“We are very confident that the operation of these wells does not pose a risk to drinking water supplies or any other waters of the commonwealth, absent some kind of spill on the surface,” he said…

Why have they inspired such ire, they ask, when Pittsburgh banned natural gas drilling in 2010 and the Delaware River Basin Commission is preparing to permanently put parts of 16 eastern Pennsylvania counties off limits to fracking?

“Why the hell are they picking on us?” township supervisor Jon Perry asked.

Kevin Moody, general counsel for the Wexford-based Pennsylvania Independent Oil and Gas Association, doesn’t think Grant’s charter, or similar ordinances in other communities, “have a prayer” of withstanding court challenges.

“Existing law is against them because that’s how our founding fathers developed it,” he said. “We don’t have local governments being their own little countries.”

But he said the industry group and the companies involved are interested in developing facilities they see as safe and crucial for managing waste, not in bankrupting small towns.

“We’d rather bankrupt CELDF, to be honest,” he said, referring to the Community Environmental Legal Defense Fund. “We think the township is being led. It’s not their fault.”

Another community’s similar fight ended in defeat this fall.

Highland Township’s citizens also voted to adopt a home rule charter that banned disposal wells, drafted with help from the legal defense fund. But in Highland, the township supervisors conceded the ban was unconstitutional, settling a lawsuit brought by the Department of Environmental Protection.

In late September, Judge Baxter in the U.S. District Court for the Western District of Pennsylvania declared the waste disposal sections of the Highland charter “invalid, unenforceable and unconstitutional.”

…Grant Township’s charter nearly mirrors the language that the federal judge struck down in Highland’s charter, but Elizabeth Dunne, Grant’s attorney, said the decision has no bearing on Grant’s case in state court, especially because “it didn’t come out of a truly adversarial proceeding.”

Grant’s supervisors are firm in defending local rights, even if they have to turn to plan C — civil disobedience.

“Isn’t it good enough for a community to say, ‘An injection well is not a good project here’?” Ms. Long said.

Editor’s Note: There is more to this story. The Grant Township “David vs, Goliath” lie and the abuse of its naive leadership by the CELDF is being promoted by an equally repulsive propaganda outfit known as Truthout. It is funded by the Park Foundation and recently put out this puff piece on poor little Grant Township and the magnanimous CELDF. The focus of the story is to promote the “rights of nature” — the idea that rocks, rills and rivers should have personhood and be able to sue to protect themselves.

It’s junk law, of course, but Truthout rationalizes it by arguing that non-human “environmental objects” deserve the same rights as corporations, which is utter nonsense given that corporations are merely social organizations of humans. Here are some of the other astounding arguments from the story (emphasis added):

Since nature can’t directly assert legal rights itself (although the Earth may punish us for disrupting the climate and other follies), these advocates also fight for the right of local communities to protect the natural systems around them from destruction and exploitation…

Current laws fail because they treat the natural world as private property, with existing protections only regulating the rate at which it is exploited and destroyed in the name of profit…

The lawsuit asks the court to recognize members of the radical environmental group Deep Green Resistance as “next friends” of the Colorado River who may defend its rights in court, a request that could raise eyebrows because the group has promoted Earth-defense tactics such as sabotage that are technically illegal…

“We need to have everyone in the country believing that nature has rights, and that’s why we start at the local level,” said Ben Price, an organizer with the Community Environmental Legal Defense Fund (CELDF), during a symposium in New Orleans…

“What if your community could just say ‘no’ instead of using loopholes like industrial zoning [to stop polluters]?” said Grant Township Supervisor Stacy Long at the symposium in New Orleans…

PGE, perhaps wary of the community rights activism that boiled up in response to its injection well proposal, asked a federal court in July to order CELDF to pay $560,000 in compensation for the attorney fees it accrued while fighting Grant Township in court over the past three years. CELDF is a relatively small organization that provides pro bono and low-cost legal assistance, and the fees would suck up more than half of its annual budget…

CELDF admits that its efforts cannot always succeed under the current legal system. However, activists say, inspiring people to challenge that system is a success all its own.

Get it? The CELDF, with a budget of $1.1 million and assets of $1.7 million at the end of 2016, shouldn’t lose half the money it gets every year from wealthy elitist foundations to engage in in this chicanery. It’s a supposed victim. It just wants to abolish all private property, create anarchy, destroy the legal system and replace it with one where the Deep Green Resistance gets to represent nature under a totalitarian government with the likes of the CELDF calling the shots. 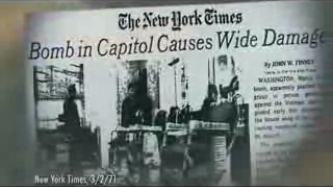 Grant Township’s friends did this

And, Truthout? Well, there may be reason it wants to give rocks, rills and rivers voting rights. Mark Ruffalo, akin to box of rocks, is on its board, so it all makes sense. So is Bill Ayers, who they describe as a harmless educator. They also avoid posting a photo of him for some reason. Perhaps, it’s because he’s that Bill Ayers;  the American-born, trust-funder terrorist who “co-founded the Weather Underground, a self-described communist revolutionary group with the intent to overthrow imperialism, that conducted a campaign of bombing public buildings (including police stations, the US Capitol Building, and the Pentagon) during the 1960s and 1970s.”

This is the ugly truth behind Truthout, the CELDF and Grant Township.

4 thoughts on “The Ugly Truth Behind Truthout, the CELDF and Grant Township”