Johnny Williams points out Tom Wolf still wants a severance tax, on top of Pennsylvania’s impact fee program, as a cash cow to fund his own pet initiatives.

Just as a precursor, I may not be a fan of Pennsylvania Governor Tom Wolf, but at least he’s nothing like his Democratic comrade to the north in New York. Wolf, at least, hasn’t tried to outlaw natural gas development as some sort of crime against humanity and nature (because affordable, clean-burning natural gas is a terrible thing, for sure.)

If nothing else, Wolf sees the natural gas industry the way any relatively rational, albeit misguided, Democratic politician would – as a cash cow to fund his initiatives. 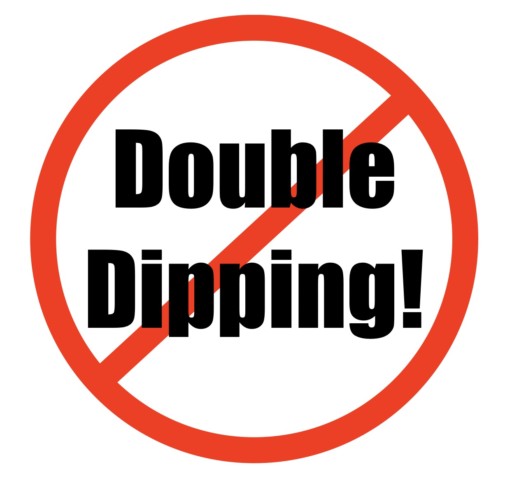 Enter Wolf’s annual tradition of calling for a “commonsense” (a made-up compound word that I’ve grown to despise thanks to my governor) severance tax.

But this time, his latest attempt to levy yet another targeted tax on an economy-driving industry comes with a plan that is eerily similar to initiatives being funded by the impact fee here in Bradford County.

There are several other projects proposed through Wolf’s plan, including extensive road repairs and one actually good idea that calls for “ensuring that more communities and businesses across the the state have access to low-cost, clean-burning natural gas.”

Before I move on, I will give Wolf props for that idea, as downstream natural gas providers – the companies you pay your heating bill to if you’re hooked up to natural gas – are regulated by the state to only charge a certain amount, therefore their incomes are fixed and often have trouble putting up the millions of dollars needed for service expansion.

For example, Valley Energy in Athens was recently awarded a grant to expand its services across the Susquehanna River into East Athens. Having attended a public meeting for that project a couple months ago, I can say the savings that customers will experience is pretty impressive, and the community on that side of the river could not be happier with this project.

However, as I mentioned earlier, those other initiatives are pulled right from Bradford County’s playbook.

Just last month, county commissioners approved the spending of $5.2 million from county’s impact fee reserves to start construction of a giant, dark fiber internet installation project that will loop around Bradford County to improve broadband service to the more rural portions of the county.

The commissioners noted that they are also gunning for a matching state grant to help fund the project, but also acknowledged that the county is moving forward with the endeavor regardless, because it is that much needed.

The proposal essentially kills two birds with one stone, as the commissioners explained that the project will provide service to more cell towers, and provide the opportunity to build more, which will improve overall cell phone service and, most importantly to county officials, emergency communications throughout the second-largest county in the state.

Housing! It’s no secret that real estate and property development are expensive endeavors. Blighted properties are a huge problem in rural upstate New York as well as Bradford County. But, thanks to the impact fee, the Pennsylvania side of the border can actually do something about it.

Besides the Towanda Terrace, a senior housing development on Main Street in Towanda funded by the impact fee, commissioners have annually used PHARE (Pennsylvania Housing Affordability and Rehabilitation Enhancement) funding, which consists of impact fee dollars, to award grants to low- to moderate-income households looking to purchase a home in the county.

In a nutshell, the program works by awarding a household – ideally, young, first-time home buyers looking to set their roots in Bradford County – a maximum of $15,000 to use for the down payment ($5,000) and necessary repairs ($10,000) of their new home.

The county’s home rehab program has proven so successful that, last year, the commissioners devoted all of its PHARE allocation to it – a total of $645,000 – and they hope to help approximately 50 local home-buyers.

“We want to help people get into homes,” Commissioner Ed Bustin said in May last year. “There are certainly other housing projects around the area, but this program was so successful that we just wanted to take a full year with it and see how it goes.”

Then there’s Wolf’s flooding initiatives in his Restore Pennsylvania plan. Bradford County is certainly no stranger to a rash of devastating flash flooding; the entire building of the New Albany library was washed onto the middle of Route 220 back in August.

Serious flooding has become a yearly occurrence in Bradford County, but it’s a problem that could conceivably be solved with less help from the state, as opposed to more.

Back in 2017, the commissioners shredded the state after yet another string of flash flooding in Windham because state environmental regulations do not allow the county to clean out and maintain streams, which leads to blockages and sediment build-up and results in more and more flooding.

“People are being put at risk because we’re not allowed to touch our creeks,” Bustin said in 2017. “It’s a waste of money and resources.”

“It’s ridiculous and beyond stupid,” Commissioner Doug McLinko quipped in that same meeting.

Such sentiments were shared yet again in South Creek Township in 2018, when a former game commission member stated that “people are going to start taking matters into their own hands,” if the state did not start allowing proper stream maintenance.

“If it’s me, I’m not letting the ignorance of politics cause me to lose my home,” he said. “We really appreciate everything that the commissioners do, but we are out of time, and the state and DEP don’t care about us.”

The people at the state level — at the DEP — need to realize that homes are more important than a minnow,” he added. “People need to be protected.”

Throughout all of these criticisms of the state, the county has never asked for money for stream maintenance – thanks to the impact fee, it has the money. But Wolf’s solution is to throw more money at a problem that screams over-regulation. State officials would not be able to pick out South Creek or Windham townships on a map – let the people who actually live here be allowed to fix the problems, within reason. Besides, as residents of communities they love, the people living here have a vested interest in not destroying creeks and streams, anyway.

So what’s the moral of all of this? Bradford County is literally able to do all of the things that Wolf is proposing thanks to the impact fee, which the state already keeps 40 percent of anyway.

Wolf likes to complain that Pennsylvania loses billions of dollars without a severance tax, but every year ignores the fact that the impact fee has brought $1.5 billion into governmental coffers since its inception, and this year could set a record high in impact fees generated.

The severance tax is nothing more than Wolf double-dipping into a successful industry and keeping 100 percent of the proceeds at the state level. Keep the impact fee in place, and let the counties and municipalities that actually host the industry get what they deserve.