Pennsylvania’s Supreme Court is enabling PUC abuse of the Commonwealth’s impact fee legislation; abuse that threatens to put independent drillers out of business.

Words mean something or, at least, we’re repeatedly told they do. Crafty lawyers, though, have a way of turning them inside out. And, the more self-important the lawyers, the craftier they are at manipulating words into meaning precisely the opposite of their meaning as always understood. Want “yes” for an answer when the law says the opposite? No problem. Just find go to the Merriam-Webster definition of “no” that refers to eight different possibilities and exploit the wiggle room between them to find the ambiguity.

Like “sincerity,” once you can fake “ambiguity” you’re free to define “no” however you’d like and turn it into a “yes.” Skeptical readers should recall how a certain President, although subsequently disbarred for perjury, successfully defended himself in the court of public opinion by playing this game with “is.”

Something like that recently happened with our increasingly political Pennsylvania Supreme Court in an impact fees case. The Pennsylvania Independent Oil & Gas Association (PIOGA) is trying hard to get the court to reverse its error before it destroys the Commonwealth’s independent drillers, the ones who first put Pennsylvania’s oil and gas industry on the map. 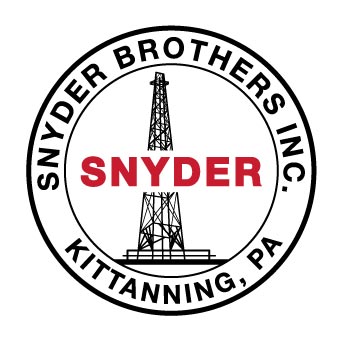 The case is hard to follow and needs an explanation from someone who doesn’t talk in citations and artful legalese. Let me attempt to offer one.

Snyder Brothers, Inc. is an independent driller located in Kittatinny, Pennsylvania. The company was drilling natural gas and oil wells long before the shale revolution. It currently is  drilling horizontal Marcellus Shale wells. It also has a gas marketing service. The saga began in January, 2014 when Pennsylvania’s Public Utility Commission (PUC) charged Snyder Brothers with not paying impact fees on 58 vertical but “unconventional” gas wells in 2011-12. This is to say there was no horizontal drilling involved but the wells were hydraulically fractured.

The PUC wanted just shy of a cool half-million dollars in fees, interest and penalties from the Snyder Brothers. The company fought back in Commonwealth Court, which sided with it. Then the increasingly political Pennsylvania Supreme Court got involved and produced predictable chaos. The majority of the court got deep into the meaning of what “any” means with the apparent goal of turning no into yes for a PUC eager to be play tax collector and pass out goodies.

It all revolves around the word “any.” It’s a simple enough word. The Supreme Court majority, though, drilled deep to find ambiguity and, of course, they found it. That’s worth $500,000 on the Legal Oligopoly game board; an invitation to rewrite the law to suit the oligarchs on the court. And, that’s what they did. They took two definitions only peripherally related, mixed them up, said they no longer made sense and took on the job of reworking legislating so that, magically, no fees became big fees.

Here are the two definitions from the law:

Stripper Well: An unconventional gas well incapable of producing more than 90,000 cubic feet of gas per day during any calendar month, including production from all zones and multilateral well bores at a single well, without regard to whether the production is separately metered.

Vertical Gas Well: An unconventional gas well which utilizes hydraulic fracture treatment through a single vertical well bore and produces natural gas in quantities greater than that of a stripper well.

The Supreme Court, unfortunately, doesn’t like simple. It’s likes complicated. One of the dissenters on the court, Justice Mundy, nicely articulates this on page 72 of PIOGA’s request for rehearing:

The Majority goes to great lengths to explain why the legislature’s use of the word “any” in the definition of “stripper well” under Act 13 really means “each and every,” contrary to the plain text the General Assembly employed in drafting the definition. By deeming the stand-alone term “any” ambiguous, under the guise of gleaning legislative intent pursuant to the Statutory Construction Act, the Majority is able to assign to the phrase “any calendar month” a meaning that the legislature plainly did not intend. Because I do not view the relevant statutory text to be ambiguous, resort to the factors enumerated in the Statutory Construction Act to discern legislative intent is not appropriate. Accordingly, I dissent.

Statutory construction analyses begin with the recognition of certain fundamental principles. Specifically, courts must first recognize that the plain language of the statute is the best indicator of legislative intent…

The Majority asserts that the word “any” has alternative meanings dependent on the context. Majority Opinion at 27. It continues that the word could mean “call’ or ‘every,’as well as cone,'” and concludes, because there are two reasonable interpretations of the term, it is ambiguous…

The word “any,” standing alone, may indeed be ambiguous, but it does not stand alone in the definition of “stripper well”, and the Majority’s conclusion fails to account for its use in the context of the phrase “any calendar month.”

Viewing the phrase in the appropriate context, “any calendar month,” as the Commonwealth Court correctly observed, plainly means any of the twelve months in the relevant reporting period, not all months or each and every month. Thus, if an unconventional gas well is incapable of producing 90,000 cubic feet of gas per day in any calendar month, i.e., one single month, it is a stripper well and not subject to the imposition of the fee.

Justice Mundy clearly gets it correct, but was obviously outvoted by a court majority determined to enable PUC tax abuse. That abuse is detailed in the PIOGA request and Snyder Brothers, Inc.’s own filing. I hope my attempt at simplification makes it somewhat easier to appreciate those documents. Suffice to say the message is that words should still matter. Divining intent by creating ambiguity and then using it to redefine the words is the essence of legal malpractice. Let’s hope it gets corrected.

4 thoughts on “Why Is the PA Supreme Court Enabling PUC Tax Abuse?”