The Williams company is leading the way on something we can rightly call pipeline environmentalism, the linking of the infrastructure to conservation.

The Williams company, of course, is a pipeline developer and operator. It also maintains an on-line newsletter/blog called PipeUp to report on the progress of activities in which the company is involved. The latest post included two stories that caught my attention. Together, they exhibit what I’d describe as a new industry discipline that can be described as pipeline environmentalism. It is the threading of conservation efforts with pipeline infrastructure development. It makes complete sense and Williams is a champion for it.

The first story is about Williams being featured in a new book that describes some of this pipeline environmentalism:

In 2015, Williams partnered with The Conservation Fund to invest $2.5 million in pioneering an environmental stewardship approach to developing its Atlantic Sunrise linear infrastructure project in central and eastern Pennsylvania.

The book offers practitioners in conservation an array of proven scientific tools and exercises to protect land and water resources.  Included in its list of case studies, the book details how Williams’ Environmental Stewardship Program was brought to life. 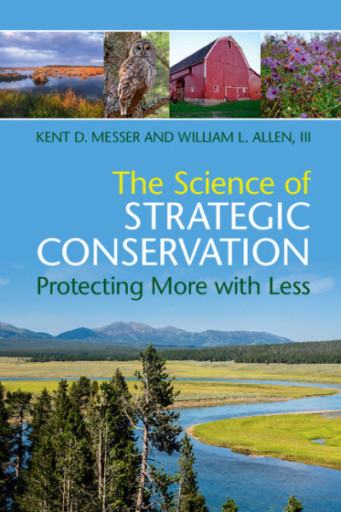 “The book is a call for action,” said Messer. “We provide a frank assessment of what has worked in conservation and highlight some of its failures. Conservation efforts throughout the world have a lot of important work to do and the good news is that we have fantastic new tools to build upon successes.”

Williams’ environmental stewardship program began with The Conservation Fund’s development of a scientifically-based identification and evaluation of natural resource stewardship needs in the Atlantic Sunrise project area. This exercise led to the identification and funding of 17 high-potential projects supporting aquatic restoration, nutrient reduction, and trail enhancement.

Once complete, this formal conservation process resulted in the restoration of over 30 acres of streamside habitat, the creation of almost eight miles of new trails, and the storage of approximately 925 tons each year of manure, which reduces quantities of nitrogen, phosphorus, and potassium entering nearby streams and improves water quality.

Click here to learn more about the book ‘The Science of Strategic Conservation.

The second story provides a specific example of this pipeline environmentalism:

Funding from Williams in connection with the construction of the Atlantic Sunrise project is creating an opportunity for the Pennsylvania Game Commission to expand wildlife habitat at Hawk Mountain Sanctuary in Berks County, Pa.

The donation is just one part of a larger voluntary mitigation program that Williams is coordinating through The Conservation Fund and U.S. Fish & Wildlife Service to protect habitat for migratory birds.

“This is public-private partnership at its best,” said Atlantic Sunrise Project Director Chris Springer. “The Commonwealth identified the protection of this property as a top priority, so we are glad to have the opportunity to coordinate with our partners in the preservation of this important wildlife habitat.” 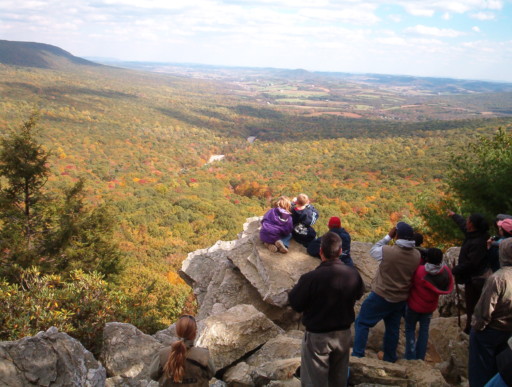 The 77-acre property, consisting largely of agricultural fields and marsh, will be used to expand habitat for birds and other wildlife along the Kittatinny Ridge flyway near Albany Township. The Kittatinny Ridge corridor has been identified as a critical conservation priority within the state and region.

Because most the currently conserved land in this area is forested, and because grassland and wetland birds are some the most rapidly declining groups in Pennsylvania, the new property will be used to increase the habitat for grassland nesting birds while providing new foraging habitat for bats, mammals, and other migrating birds along the Ridge.

Hawk Mountain Sanctuary is a 2,600-acre natural area in southeastern Pennsylvania that is famous as the world’s first refuge for birds of prey. A total of 235 species of birds have been sighted at or near this bird-watching mecca.

Hawk Mountain is a fantastic resource and Williams efforts to coordinate with the Game Commission in expanding wildlife habitat highlights how to integrate conservation with pipeline development. This, in turn, shows the way forward with pipeline development in the Northeast; a proactive out-front commitment to ensuring pipelines are not only compatible with other uses but also make positive contributions to the landscape and the natural world in which are placed.

5 thoughts on “Williams, the Atlantic Sunrise Folks, Do Pipeline Environmentalism”