The economic impacts of Marcellus Shale development are everywhere visible in Bradford County, Pennsylvania, and particularly in the Towanda/Wysox area.

If you’ve been in the northeast corner of Pennsylvania this summer for any extended amount of time, then it has probably rained. It’s just been one of those summers. After a brutal winter I was looking forward to a great summer, and up until this weekend it hadn’t arrived yet.

It did finally arrive on Friday, however. So, with the home internet busted and the sunshine calling my name, I grabbed the camera and jumped in the car. Driving towards town on a road repaired by natural gas companies, it occurred to me how much the Marcellus, which 10 years ago I didn’t even know existed, has upgraded different facets of the area and is still upgrading, despite a slowdown in drilling activity. 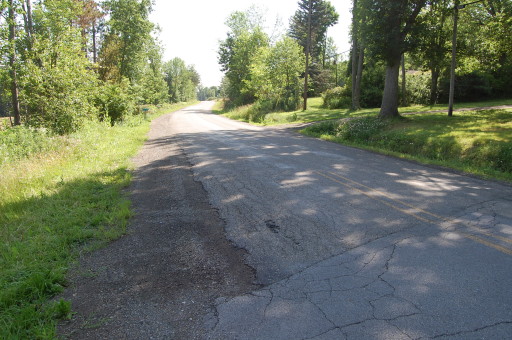 Take for the example the very road I live on just outside of Towanda (pictured above). A few years ago, gas companies completely repaired that road up to the point where they were drilling. The final two miles or so before you reach Towanda was not repaired by the industry, because on that part of the road there are no well pads and so no industry-related trucks have ever traveled that part of the road. 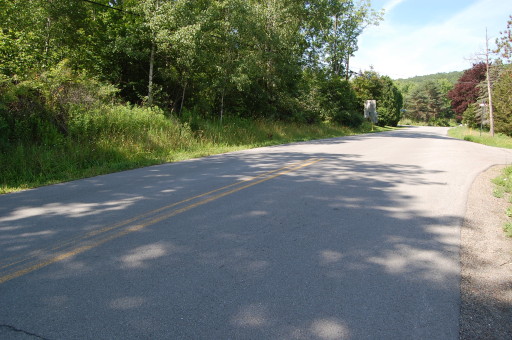 The difference between these two stretches of the same road is night and day. There’s nothing particularly wrong with the non-repaired road, but it does have its share of rough patches and somewhat jostling bumps, whereas the industry-repaired road is your car’s suspension’s saving grace and makes for an exceptional ride. The road is also wider and has yellow lines, which only serves to enhance the safety of the drivers on the road. Prior to the gas industry, this road has never had yellow lines in the two decades I’ve lived on it.

In North Towanda sits the first public CNG station in northeast Pennsylvania, along with a relatively new Dandy Mini-Mart, the local convenience store chain that has boomed because of natural gas, because gas workers have to refuel their bodies and vehicles somewhere. 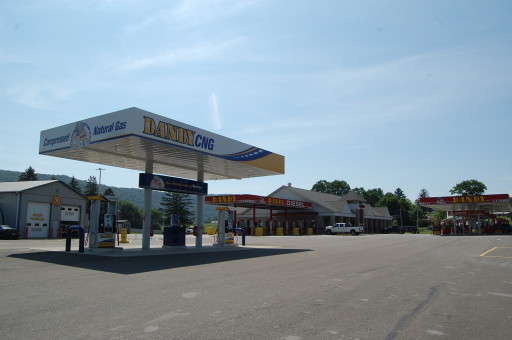 “This is a very exciting time for us,” Owner Randy Williams had said during the grand opening ceremony. “This is a new direction for us, our business and the county.”

Now, there’s been many stories of new hotels that have popped up because of the natural gas industry. Indeed, in the Sayre/Athens area alone, I can think of at least four hotel chains that have located there within the last five years. There is a hotel in North Towanda, however, located on Route 220, that perfectly illustrates the kind of upgrades the gas industry has brought to this area. 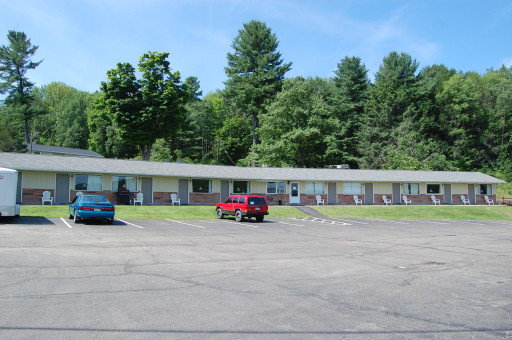 The Crystal Springs Motel has been open for years, and first and foremost I don’t want to make it sound like I’m putting it down. I’ve met the owner of the motel before; he’s a great guy and he’s run a solid business there for years. When the industry came, there was more demand for additional hotels, though, and the new Crystal Springs Inn and Suites, located right next to the Crystal Springs Motel, was born, a 34-suite hotel geared towards extended stays. So, now we have two great lodging opportunities for visitors to the Endless Mountains. 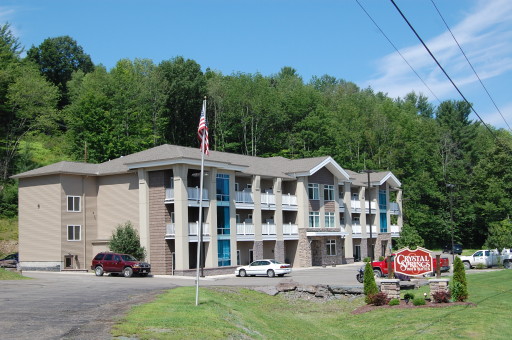 Of course, housing has also seen upgrades because of the gas industry in the form of Act 13, or the impact fee. This blog has featured these upgrades before, most recently about two weeks ago, when PHARE, which is funded by Act 13, issued a Request for Proposals for housing projects. In addition, PHARE funds are providing approximately $1 million to the Towanda Terrace senior housing project.

The Towanda Terrace is a four story, 38-apartment building that will feature commercial space on its ground floor, and sits on the site of the former Midtown parking lot. 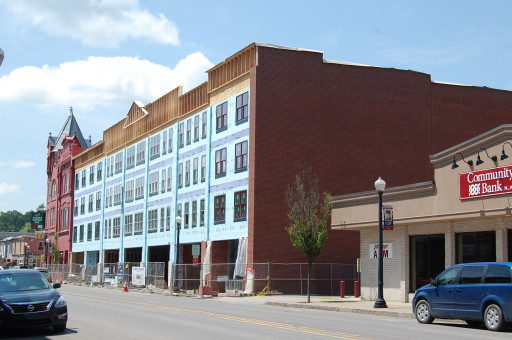 “It’s really a remarkable thing … to have a brand new structure (of this size)” built to help redevelop a borough’s downtown,” State Representative Tina Pickett had said during the groundbreaking held last year. “We don’t often get to do that.” 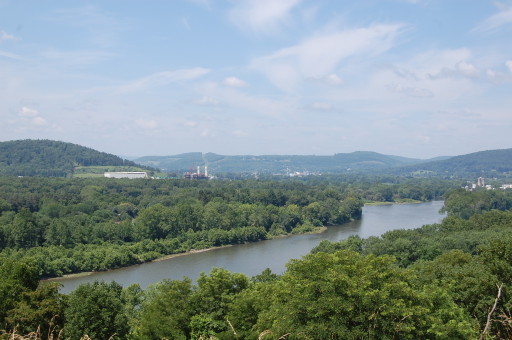 And, I simply cannot talk about upgrades in this area without mentioning the Panda Power Liberty plant being constructed near Wysox, perhaps the largest upgrade of all. If you’re on the Towanda side of the Susquehanna River, this means you have to drive through the “Golden Mile” of Wysox to get to the plant, a stretch that still hosts a number of businesses that are there because of natural gas such as RC Welding Supply and ones that have been jump-started because of the industry, like Hi Caliber Motorsports.

The Panda Liberty plant, of course, has created hundreds of construction jobs and will provide enough power generated from the Marcellus Shale gas to serve up to a million homes. The plant will also be cooled by air, not water, which I would call an upgrade and should alleviate concerns from environmentalists. The plant is expected to begin providing energy to homes by next year. 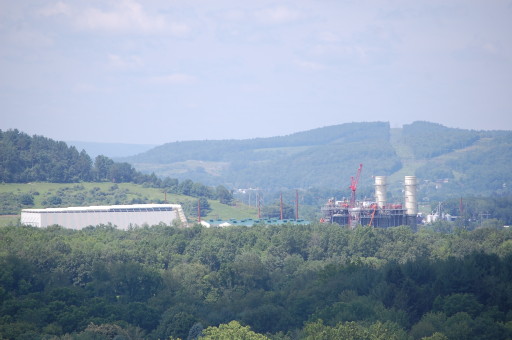 These are only a few of the examples of the economic benefits and upgrades you can find in a short morning drive from North Towanda to Wysox. So if you’re ever through this little piece of Pennsylvania I call home, and you see a new building while driving a beautiful smooth road on your way to a hotel, note that it’s probably all because of natural gas.

One thought on “Economic Impacts of Marcellus Visible Everywhere”