The Delaware Riverkeeper is planning a stupid pet trick at today’s DRBC meeting, a stunt that seems likely to turn out to be its “Al Capone’s Vault” moment.

Maya van Rossum, the mouthy radical who has designated herself as the Delaware Riverkeeper plans an incredibly stupid pet trick at today’s DRBC meeting. It’s a protest of the PennEast Pipeline to be implemented in bits by a carefully choreographed group of hangers-on who will do what their told and, one by one, stand up to read bits of a rambling diatribe Maya & Co have concocted. You can read the whole thing here and Maya’s detailed instructions here (including her strange “Pura vida” closing).

If you take the time to read it, you’ll probably wish you hadn’t but you’ll understand exactly what a joke the whole Delaware Riverkeeper operation really is. I suspect this stupid stunt could well become its Al Capone’s Secret Vault moment. There’s nothing there. 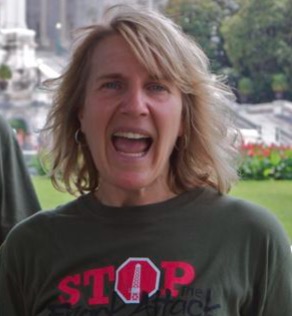 Once you’ve endured the pain and read Maya’s manifesto, think about what this document really is:

1.   The most obvious and glaring mistake Maya makes is that, bullet point by bullet point, she implores the Delaware River Basin Commission (DRBC) to regulate, and ultimately reject, a project the agency has no right to oversee. A pipeline is not a water project by any stretch of the imagination and there’s zero evidence building a pipeline (already subject to strict erosion and sedimentation and wetland rules) or running it under a river or stream would threaten water supplies.

2.   Maya offers zero support for her laundry list of assertions. From the first few bullet points:

It is impossible, from the materials submitted by PennEast, to directly determine how many stream crossings of Exceptional Value streams in Pennsylvania will involve open cuts in areas that are currently forested conditions, on public lands, on steep slopes or erosive soils, or any combination thereof ñ but all of these conditions can significantly impact water quality…

PennEast materials fail to consider important site specific conditions in determining pipeline location and suitability of construction methods to minimize impacts or protect water quality. For example, approximately 103 dry crossings of streams are in areas of severely erodible soils, approximately 34 of the stream dry crossings are in rugged terrain with slopes greater than 30, and other, often multiple and site specific constraints that increase the likelihood and potential for adverse water quality impacts are not individually or collectively considered in terms of water quality impacts in project documents

The synergistic implications of climate change and the PennEast pipeline on stream flows, quality, temperatures, health, and aquatic life were not assessed in PennEast documents.

The denial of any consideration of the combined effects of PennEast for recharge, groundwater and baseflow, coupled with the heightened anticipation of drought due to climate change, is a significant information gap.

One can sift through every one of Maya’s claims and see there’s not one iota of scientific documentation for any part of her screed….not a single footnote. The entire piece is anecdotal. She cites “fieldtruthing” and/or “groundtruthing” for most of their proffers, whatever they are. When she has nothing better, she relies on good, ol’ climate change hysteria; i.e., “the synergistic implications of climate change” or “the heightened anticipation of drought due to climate change.”

3.   There’s a ridiculous obsession with equating a pipeline road crossing to a water crossing, ultimately culminating with the completely unfounded posit that Penn East values a thoroughfare over a stream or river. Would it not be reasonable to conclude that drilling under rather than trenching a road might possibly limit detours, traffic delays and other inconveniences that would affect a significant number of citizens/motorists? And, did Maya footnote or address the increased carbon footprint for those traffic delays and mile of detours resulting in more emissions…??? No, she did not.

4.   There are repeated references to various pipeline projects in New Jersey as if they had any connection to, or revealed any, issues that could reasonably impact PennEast. Surprisingly, DAPL was not cited, too. This is an apples and oranges charade.

5.   There are several attempts to hold PennEast responsible for unauthorized ATV and other traffic on the pipeline right-of-way during construction and after completion. This from an organization that exhibits zero respect for, and frequently tramples on the private property and property rights of all the citizens of the Delaware River Basin. This, in fact, given the deep pockets of her funder, the William Penn Foundation, is de riguer and Maya’s raison d’etre.

6.   Of course, there’s also the elephant in the room:

“PennEast fails to consider the potential for encouraging shale gas extraction activities within the boundaries of the Delaware River watershed if the MORATORIUM against drilling were lifted.”

The effort to assert PennEast would lead to more natural gas development and increased climate change is thinly veiled, vacuous and pathetic. Natural gas development, as is well known now, is responsible for the single largest (and unexpected) progress in reducing CO2 emissions anywhere at any time. 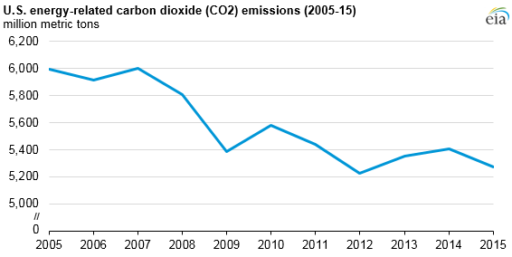 7.   How about this one….again, not a shred of evidence/documentation unless you count a laughable study by another anti-fracking shill group:

8.  And, canoeing and kayaking, of course, are the most important industry on/along the river…

9.   Finally, we can’t forget the William Penn Foundation, the Rockefellers, the NRDC gang and all those selfish prigs who feel the river corridor, especially the Upper Delaware, is their private park for their enjoyment at the expense of every resident in the Delaware River Basin. After all, these are the select few seeking to drive the river basin citizen from his/her home and property…

As you may have noticed, I’m no fan of the Delaware Riverkeeper. Interestingly, some folks from her neck of the woods feel the same. Here’s a beautiful letter that appeared in the Bucks County Courier the other day from a resident of that county:

Regarding the March 1 front-page headline about the proposed PennEast pipeline, the dirty little secret is that the Delaware Riverkeeper Network is nothing more than a conglomeration of self-important, anti-everything obstructionists who are neither elected nor appointed by anybody. Other than making outlandish statements and filing annoying lawsuits that delay and run up the costs of worthwhile projects, what is their purpose?

The notion that the Delaware River needs a “keeper” is kindergarten logic on display. I believe the Courier Times is being duped into parading this group as having some intrinsic mission, a modern-day Doan Gang without weapons.

Perhaps some bored citizens should start a “Planetkeeper” organization and set out to obtain the magical seal of authenticity: nonprofit status.

I’d say Bob Maxwell has it right. May Maya’s stupid pet trick endure the same ridicule as Geraldo Rivera’s venture into Al Capone’s Secret Vault. It has the same authenticity.