Double standards employed by fractivists regarding home rule and natural gas development are nothing less than staggering, as the Gorsline case illustrates.

Every so often Mother Nature gets angry at the hubris exhibited by humans in their belief that they can control world climate. In response she teaches us a lesson. We are getting one here on the Mid-Atlantic Seaboard as she dumps heavy wet snow all over, paralyzing the entire area. What a pleasure to know that the ultimate weapon remains outside of human hands.

Back in the corporal world, the Pennsylvania Supreme Court heard oral arguments in the Gorsline v. Board of Supervisors of Fairfield Township case. This is the matter in which four residents of Fairfield Township, represented by PennFuture, challenged the Township’s zoning ordinance decision allowing shale drilling as a conditional use in areas zoned for residential and agricultural uses. The residents sued. They argued that shale drilling cannot be considered a residential or agricultural use. They claim that oil and gas drilling is an industrial use incompatible with non-industrial zoning districts.

The Pennsylvania State Association of Township Supervisors differed. It asked the Court not to curtail municipalities’ authority to make local decisions. For the Townships, it is ironic that four years after the Robinson case restored power to localities regarding oil and gas development, the environmental movement is trying to take it away. Once again, the American political spectrum shows itself to be more circular than linear, as the extremes on both sides seek to limit local land use control in favor of a bright line decision in their favor.

Our Gorsline case is related to litigation playing itself out now in Colorado, centered around Boulder, the home of the University of Colorado. In February the State Attorney General filed suit against Boulder, which enacted a five-year moratorium on fracking. Previously in May 2016 the Colorado Supreme Court ruled that the Colorado Oil and Gas Conservation Act preempted a fracking ban in the town of Longmont and a five-year moratorium on fracking and the storage of fracking waste in Fort Collins, the home of Colorado State University.

All over the country, energy-producing states struggle to determine the proper balance between state policy and local control for oil and gas development. Usually the issue is portrayed as the oil and gas industry trying to force development everywhere in the state. However, the flip side also is true, as the environmentalists try to force bans that also take away local control.

Internationally, events keep racing along, most of which are either shaped by, or will shape, energy issues in the future. Let’s start with the country with the world’s largest amount of proven oil reserves, Venezuela, and its witless President Nicolas Maduro. As of March 1, Venezuela’s foreign reserves were down to $10.5B, down from $30B in 2011. Of that $10.5B, $7.2B is owed in outstanding debt payments, meaning the country is on the verge of bankruptcy. 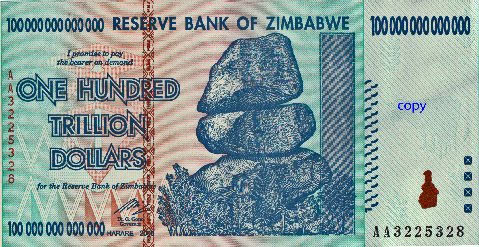 In Venezuela, inflation is predicted at 1,660% by the end of 2017. If things don’t change that will double in 2018. Even with all that, don’t count out Maduro. He still controls most of the levers of power, and his patron saint probably is Robert Mugabe of Zimbabwe, who wrecked his country’s economy (leading to the issuance at one time of a 2 Trillion Zimbabwe Dollar banknote, worth $0.35 US) yet remained in power. Mugabe is running for President again in 2018 at age 93, and just yesterday he promised “freedom fighters” that he would give them more land, further disrupting the Zimbabwean economy.

Maduro may copy Mugabe’s playbook and try to remain in power, with unknown consequences to the oil market. Lack of confidence in Venezuelan production currently is factored into the oil price. Further disruption, however, will have an impact. Venezuela remains one of the top five countries from which the US imports oil (approximately 9% as of 2015).

At least Maduro can claim to be a world leader in one area – the fight against international obesity. Venezuela’s economy is such a disaster that last month a study showed that 75% of the Venezuelan people lost at least 19 pounds in 2016. If Maduro ever loses power, maybe he can get a job at Nutrisystem.

Next up is the increasingly bellicose Recep Tayyip Erdogan, President of Turkey. Mr. Erdogan, leader of the fundamentalist Islamic AKP Party (Justice and Freedom), appears intent on alienating every leader in Europe. The backdrop is a Turkish referendum on April 16 that will change the current Turkish political system and likely increase Erdogan’s power. As so many Turks have fled to Europe during the last few years, they remain eligible to vote even though they live abroad. This has led Erdogan to try to hold mass rallies in European cities in support of the AKP. That has not pleased European leaders, who accuse Erdogan of human rights violations following the failed July coup attempt against him.

Both Germany, home to the world’s largest Turkish diaspora, and the Netherlands have cancelled pro-AKP rallies, leading Erdogan to accuse both countries of “Nazism”. For Germany, this has forced Chancellor Angela Merkel farther to the right. Merkel or course is the mother of mass Islamic immigration into Europe. In the Netherlands, Erdogan’s comments further heightened sensitivities during an already tense election in which anti-Islamic, anti-EU candidate Geert Wilders is in a close race against current Prime Minister Mark Rutte. Erdogan poured more fuel on the fire yesterday, accusing the Dutch of being responsible for the massacre of Bosnian Muslims in Srebrenica during the Yugoslavian wars in 1995.

Nothing if not inconsistent, Erdogan’s actions come at the same time he is patching up relations with Israel. These relations have been in different stages of deep freeze since 2010. The “rapprochement” might reflect the realities of the Leviathan and Tamar gas deal between Israel, Cyprus and Noble Energy. Two weeks ago, Noble green-lighted the first phase of the project. A pipeline from the Leviathan field to Turkey would be a boon to Turkey’s energy interests, and possibly lead to Turkish centrality as a staging base into other parts of Europe. That’s hard to see now, given Erdogan’s recent moves. Still, Erdogan is a cagey political figure. Let’s see what happens after the April referendum, as a pipeline makes real economic sense. 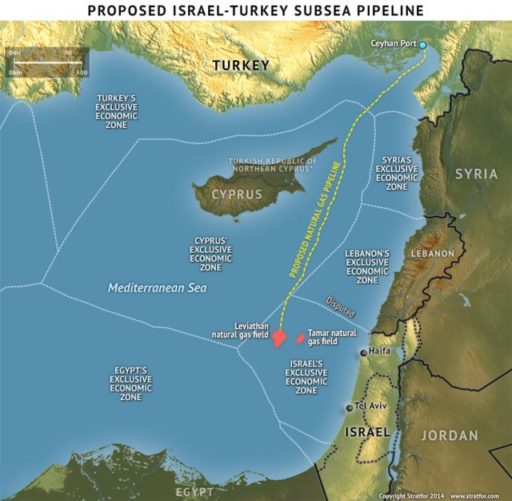 Finally, Saudi Arabia will begin its first shale gas production late this year. This will take place in the northwestern part of the country and makes a startling entry into the shale market of a country considered the poster child for traditional oil and gas development. This week, the Saudi Energy Minister also told a conference in Houston that his country would not continue production cuts to allow for more shale producers. They feel shale producers have taken advantage of OPEC production cuts aimed at stabilizing the world oil price, and they will not give free rides.

The Saudi comments are the latest indicator that thanks to shale, OPEC has lost control of the world oil and gas markets. As such, the events that happen in the Permian, Bakken and Marcellus, and the policies that impact them, are just as important as events in the Arabian Peninsula.