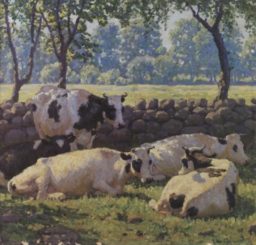 New England conjures up images of cows grazing behind stone walls, but it seems the region has a bad case of mad cow disease if energy policy is any guide.

Last June, Marcellus Drilling News quasi-predicted natural gas prices might spike during the 2016-2017 winter season in New England, due to a coming shortage of LNG from Tinidad. With a warmer than normal winter, and with newfound natural gas supplies making their way to New England, prices did not spike. However, New England continues to pay prices 3-4 times higher than the rest of the country for their natural gas due to lack of supply.

That hasn’t (and won’t) change, until more supplies make it to New England —either by pipeline or ship.

Naturally, the special interest pandering politicians of the region (well, not so much the region, as the Democratic Republic otherwise known as the Commonwealth of Massachusetts) are opposed to the pipelines, making  their constituents ever more dependent on foreign gas. 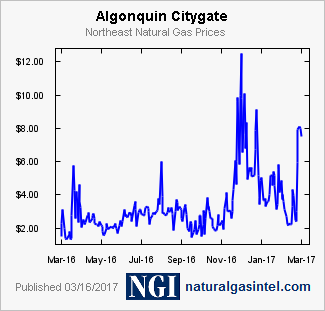 Spot pricing of Boston natural gas this winter shot to over $12 at the beginning of the year and reached $8.00 during this week’s storm. Source: NGI Data

Opponents of new pipelines to New England have included LNG importers in the region. Specifically, GDF Suez imports Trinidad gas at the Everett, Massachusetts LNG import terminal, near Boston. LNG imports are one of the primary sources of natural gas for New England. Antis intent on preventing natural gas development here but happy with i elsewhere holler and scream, “Forget the pipelines. If you must use gas, use LNG. There’s more than enough LNG to supply New England.”

That may be true in a macro sense; the world is awash in LNG. But arranging shipments and sources for it takes months, even years. Right now, most of the LNG that GDF Suez imports comes from Trinidad. And, as we pointed out in our article last year, Trinidad’s natural gas sources are drying up. The country is exporting less and less.

Flag of Trinidad and Tobago

We recently spotted yet another article about how Trinidad’s natural gas exports are rapidly declining. Sooner or later Trinidad’s falling exports will affect GDF Suez’s imports of LNG to New England. Once again, like that famous New Englander Paul Revere, we’re issuing a warning that New England needs new sources of natural gas (via pipelines), and they need it sooner rather than later.


Trinidad and Tobago’s liquefied natural gas (LNG) production has dropped again due to ongoing gas supply shortfalls in the country.

LNG production at the Point Fortin liquefaction and export facility was down 8.7 percent in January year-on-year to 2.2 million cubic meters, according to the data by Trinidad’s Ministry of Energy.

LNG sales and deliveries from Atlantic LNG’s 14.8 mtpa export facility came to 52 million MMBtu, a drop of 7.8 percent on year, the data said.

Trinidad’s LNG production has been declining for two years due to gas shortages in the country caused by a lack in upstream investment and upgrades to gas infrastructure.

Atlantic LNG said in November last year it expects 2017 to be the worst year yet in terms of production due to the shortages. The company had suffered on average over 30% gas supply shortage, equating to something like 75 LNG cargoes lost each year.

Editor’s Note: The opposition of politicos such as Senators Elizabeth Warren and Ed Markey to anything that might offend their snooty friends in the world of environmental special interests has helped to prevent new pipelines from coming to the Bay State to deliver inexpensive clean gas from the Marcellus Shale fields of Pennsylvania. 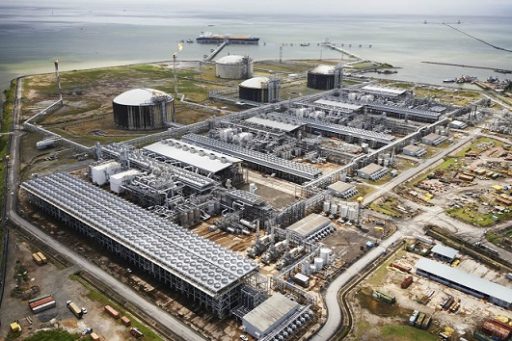 Their bosom buddy Prince Corruptocrat Cuomo has done the same by catering to the NRDC gang and halting the Constitution Pipeline (for now), which would have helped tremendously. The image of New England as the idyllic land of cows and stone walls is only true if you recognize the mad cow disease that seems to have taken over the minds of Northeast leaders.