It’s time for someone to ask FERC for a waiver on that Section 401 Water Quality Certification needed by the Constitution Pipeline. It’s been done before.

I wrote a piece last week regarding the inexcusable delay by New York State in acting upon a request for a Section 401 Water Quality Certification for the Constitution Pipeline. I noted the specific language of the statute as well, but what I did not share was a FERC decision from a decade ago setting a precedent for such a waiver. I did pass it along to a knowledgeable reporter covering the pipeline in hopes there might be some followup, but all I heard back was crickets, to use an overworked expression. So, let me share that precedent myself.

Once again, let me point out the Constitution Pipeline request for certification has now been before the DEC a total of 28 months and that’s 2.8 times the maximum period provided under Federal law. What to do?

Well, the answer is complicated by the fact Williams opted, last April, to accede to a DEC request for more time but the fact remains that what was resubmitted was exactly the same application, so there would seem to be a good argument it was really just an extension extorted out of Williams by DEC. We’ll leave that to the lawyers, but there is a decision from FERC establishing the fact the waiver language in the statute is more than academic. The key elements of that decision, in the case of Georgia Strait Crossing Pipeline LP (Docket No. CP03-350-000) may be found below (emphasis added):

On September 8, 2003, Georgia Strait Pipeline Company LP (GSX) filed a petition, pursuant to Rule 207 of the Commission’s Rules of Practice and Procedure, requesting the Commission to declare that because the Washington Department of Ecology (Ecology) has exceeded the statutory time limits for acting, it has waived the certification requirements of both section 401 of the Clean Water Act (CWA), and the Coastal Zone Management Act (CZMA), for the new pipeline facilities previously authorized by the Commission in Docket Nos. CP01-176-000 and CP01-179-000. For the reasons discussed below, the Commission grants GSX’s petition…

Section 401(a)(1) of the CWA prohibits the Commission from authorizing project construction until GSX first obtains State certification that the project will comply with the State’s water quality standards. Section 401(a)(1) further provides that a certifying agency is deemed to have waived the certification requirements of section 401(a)(1) if the certifying agency fails to act on the request “within a reasonable period of time (which shall not exceed one year) after receipt of such request” (emphasis added)…

Notice FERC granted the waiver even though Washington State had denied the Section 401 Water Quality Certification, because the state had failed to act within the one-year provided and only did so afterward. We’re not even at the point in the case of the Constitution Pipeline; there’s been no decision, just unending political delay by a governor who chooses to ignore the good advice of his own DEC. 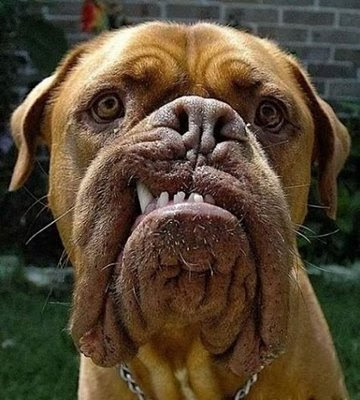 Time to unleash the litigators and junkyard dogs!

Obviously, the resubmission creates an issue and New York State can also say it did “act” by holding a hearing but even that limited action didn’t occur until more than a year after Williams’ application was filed, so there’s plenty of room to make a case from this layman’s perspective. More importantly, its way past time someone was pro-active on this. We’re not dealing with a rational Oklahoma regulator but an insane corrupt New York government that only understands street fighting. It’s time to do some of it. Unleash the litigators and the junkyard dogs!