South Australia has a huge energy problem. It has heavily subsidized solar energy, just like New York State. It is now producing so much solar electricity when it isn’t needed, in fact, that it has to be effectively turned off, but South Australia is nonetheless threatened with electric blackouts. Why? Because the fundamental problems with renewables are that they don’t make any economic sense whatsoever and they are intermittent. That is to say they produce energy at the wrong time and, therefore, it is very costly and does more harm than good. Welcome to New York’s future. 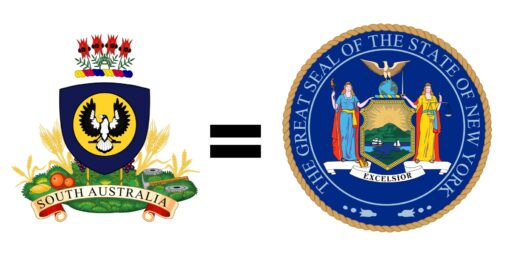 JoNova.com is one of my favorite websites. Jo Nova is an Australian scientist who is willing to be politically incorrect if that’s what it takes to tell the truth. Today, she has an excellent article about the solar fiasco in South Australia that foreshadows New York State’s future as Andrew Cuomo commits it to absurd renewables objectives, with plans to seemingly convert Upstate New York to one gigantic subsidized industrial solar facility. Here is some of what she points out in commenting about an article in the West Australian regarding 278,000 solar panels on homes that threaten to dump too much electricity on the South Australia grid:

Having got too much intermittent, unreliable electricity, the [South Australia] is still in danger of another statewide blackout. One third of the solar panels on homes are being switched off automatically because the electricity they provide is not just useless, but dangerous. What the state needs is baseload power but the solution we’re told is to spend another incredible $1.5 billion dollars on an interconnector with NSW…

As more unreliable generation and random green electrons infect the [New South Wales] and [[Queensland] grids, their cheap baseload providers will also find it harder to compete. The increased downtime will chew out some of their profit margins, but their costs will be almost the same. So, as sure as the sun rises, they will have to raise their charges during the shorter profitable time they operate. Thus costs for electricity per kilowatt hour will rise in NSW and QLD thanks to the increase in useless electricity coming from SA.

The subsidized interconnectors [at a cost $1.5 billion] will make property developers and renewables investors happy though. They will profit from the giant transmission lines, paid for by hapless consumers. The new lines will open up vast arid zones where land is cheaper and investors can now afford to build a few more solar and wind plants that were otherwise uneconomic.

Instead of spending $1.5b to subsidize renewables, SA could afford 5 new gas power plants… which would make industry and manufacturing affordable again in the post covid world…

Solar home owners have no idea what a burden their panels are on other electricity consumers. Until the media, or some politicians start to discuss that awkward fact, solar panels owners will remain in the dark and continue to insist on more subsidies and bigger handouts.

Jo Nova is exactly correct; solar energy can produce tremendous amounts of electricity at the wrong time, which means it becomes a cost to the system. Why, because it forces baseload gas fueled power, that can’t be eliminated, to operate at much lower efficiency. Therefore, ratepayers and taxpayers are hit up twice for subsidies; directly in the case of money funneled to uneconomic solar projects and indirectly in higher electricity rates to cover the new efficiencies created with respect to gas fueled power plant operation. And, when industrial solar facilities are producing more power than needed they threaten the very survival of the gas plants, which increases the likelihood of blackouts.

This is pretty basic stuff for anyone operating on the basis of facts and logic, but it doesn’t cut it with those infected with green religiosity who supposed it’s all a matter of faith in a utopian green heaven here on Earth. Politicians such as Andrew Cuomo don’y pay any mind either, which is exactly what happened in South Australia, now paying the exorbitant price of Green political correctness. New Yorkers face the same future as South Australians; much higher electricity prices with much more frequent blackouts.