In the summer of 2019 the Governor Cuomo and the New York State Legislature passed the Climate Leadership and Community Protection Act (CLCPA) which was described as the most ambitious and comprehensive climate and clean energy legislation in the country when Cuomo signed the legislation.

I have written a series of posts on the feasibility, implications and consequences of this aspect of the law based on evaluation of data. This post combines the impacts of three references to extend my previous estimates of the energy storage cost component to include battery life expectancy.

I am a retired electric utility meteorologist with nearly 40 years experience analyzing the effects of meteorology on electric operations. The opinions expressed in this post do not reflect the position of any of my previous employers or any other company I have been associated with, these comments are mine alone. 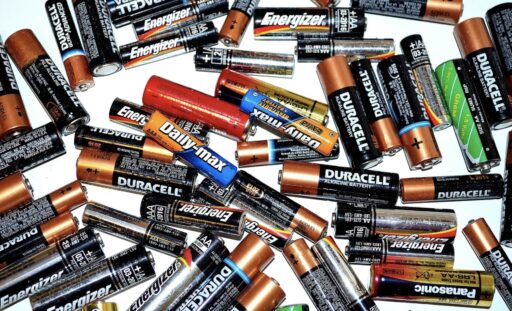 The NREL report Life Prediction Model for Grid-Connected Li-ion Battery Energy Storage System describes an analysis of the life expectancy of lithium-ion energy storage systems. The abstract of the report notes that “The lifetime of these batteries will vary depending on their thermal environment and how they are charged and discharged. To optimal utilization of a battery over its lifetime requires characterization of its performance degradation under different storage and cycling conditions.”

The Citizens Budget Commission developed an overview of the CLCPA targets in Green in Perspective: 6 Facts to Help New Yorkers Understand the Climate Leadership and Community Protection Act. The goals of the law include these greenhouse gas (GHG) emission reduction targets:

I assumed that all the additional generating resources needed out to 2050 were wind and solar.

The New York Independent System Operator (NYISO) sponsored a study entitled NYISO Climate Change on Resilience Study – Phase 1 that included four different projections for the winter peak electric capacity for 2040 and 2050: NYISO Gold Book, reference scenario, policy scenario, and CLCPA scenario. Their CLCPA scenario estimates the amount of renewable capacity necessary to meet the CLCPA targets based on the following two considerations: all of the new capacity will be renewable to meet the 2040 electricity production target and the load will increase due to electrification of heating and transportation. I used their estimates of the total electric capacity for my estimates.

My methodology for estimating energy storage requirements is based on evaluation of an example worst-case meteorological period. In the future CLCPA electric energy sector of New York, electricity will only be generated from hydro, nuclear, on-shore wind, off-shore wind, utility-scale solar, behind-the-meter (residential) solar, and other renewable. I estimate capacity for each renewable source category and apply those estimates to the energy requirements during the worst-cast period to calculate deficits and then estimate how much power will be needed to cover those deficits.

All my analyses show that there are periods when the winds are light at night so significant energy storage will be required. For example, I recently calculated energy storage required for the NYISO Climate Change on Reslience Study 2040 and 2050 renewable energy capacity projections for a light wind night time worst-case period on Jan 3-4 2018.

In this analysis I extended that analysis by assuming that Li-Ion energy storage would be to operate the batteries to maximize longevity out to ten years, i.e., use active thermal management and cycle the battery within a restricted 54% operating range. The Comparison of Energy Storage Required and Potential Price Necessary to Prevent Deficit on January 3-4 2018 table lists the results for the two projections without restricting the battery operating range and the Combined Energy Storage Capacity and Cost With Storage 54% Limitation table incorporates the 54% operating range restriction.

These numbers are so large that my first impression was that I must have done something wrong. After double checking the calculations I think they are correct. That leaves the approach assumptions. My methodology depends on the estimate of the renewable energy resources using a limited set of historical meteorological data, my assumptions about the proposed renewable energy output as a function of wind and sun input, the battery assumptions, and the estimates of future load when electrification is increased.

I believe these data show the absolute need for a feasibility study that refines these assumptions. The input meteorological data has to be comprehensive enough to represent the location and availability of all the input renewable resources. The refined energy output from wind and solar resources has to use the actual equipment output information that is proprietary and deduced from public descriptions of proposed projects. My interpretation of the battery assumptions needs to be verified and refined. Finally, more detailed estimates of future load during concurrent renewable energy output assessment periods are needed.

Despite the limitations of my work I believe that I can make a few conclusions whatever the results of the refined analysis. There is no doubt in my mind that energy storage will be a primary driver for future costs. Importantly, the largest energy storage requirements may be during period of low renewable energy resources that do not necessarily coincide with highest energy loads.

Although I am concerned about these energy storage estimates being so high, there are reasons that they could also be low. I am only trying to estimate how many batteries will be needed for energy storage. In the future system that eliminates fossil-fired sources, it is likely that transmission support services such as frequency regulation, spinning reserve, and voltage support will also have to be provided by batteries and it is unlikely that batteries designated for energy storage can provide those services too. In additon, the future load projections that I used were based on annual numbers. Air source heat pumps become much less efficient as temperatures decrease so widespread adoption will cause a spike in energy use at very low temperatures that can only be predicted by looking at shorter intervals.

I believe that energy storage is the limiting factor for increasing renewable energy resources. I cannot say it enough that there has to be a comprehensive feasibility study based on renewable energy availability using measured meteorological data. I recommend that the resources available at the University at Albany Weather & Climate Enterprise be employed for the meteorological data input. They recently released an assessment on what it will take for New York to reach the renewable energy goals in the Climate Leadership and Community Protection Act in a white paper entitled Toward 100 Percent Renewable Energy in New York.

The white paper provides more extensive documentation on the NYS Mesonet that I recommend as the primary source of historical meteorological data. It notes that “The siting and operation of renewable energy facilities depends on accurate, representative measurements and power-production forecasts that are used to predict short-term output (minutes to days) as well as cumulative future power generation over the next 20-25 years.”

While estimating cost may be a primary output from the proposed feasibility study, I believe that the unique requirements of the New York City load pocket also have to be considered in the feasibility study. There are specific transmission constraints for New York City that require in-city generation that have been implemented to prevent the reoccurence of blackouts. Given that space to develop sufficient solar and wind resources within the city is unavailable that necessarily means that energy storage has to play a significant role. Whether sufficient energy storage can be sited safely within the city has to be determined.

One potential approach to reduce energy storage costs is to over-build wind and solar facilities. For example, Dr. Richard Perez at SUNY Albany recommends “oversizing and proactively curtailing wind and solar” resources. However, as shown in my work there are significant periods of light winds at night when no over-building will eliminate the need for energy storage. Moreover, there are issues related to over-building such as constraint payments.

Other options that could be considered include: energy efficiency, time and load sensitive rates, and a buildout of the transmission system to gain support from far away regions. There are limitations to those options too. There is a limit to energy efficiency gains when electrification of heating and transportation is increasing load at the same time. Peak shaving with time and load sensitive rates is great in theory but when people need heat, they are going pay whatever is needed. The idea that all we have to do is add enough transmission to import the power from someplace where the wind is blowing disregards the size of the weather systems that cause the worst-case conditions.

A quote attributed to Robert Louis Stevenson, “Sooner or later everyone sits down to a banquet of consequences”, is apropos. It would be far better to do a comprehensive feasibility study as soon as possible to determine if the CLCPA targets can be met now than to try to muddle through trying to rush ahead implementing something that will have far worse consequences to the citizens of New York than the purported problem that was the rationale for the CLCPA.