Andrew Cuomo Is A Tyrant? Who Knew?

Anyone could have seen this coming on December 17, 2014, a day of infamy in New York when Andrew Cuomo broke with reason and banned fracking and sold out the Southern Tier of his state. He views Upstate residents as mere serfs:

New York Governor Andrew Cuomo pulled a fast one on upstate N.Y. residents during the coronavirus pandemic. Governor Cuomo eliminated residents’ ability to decide if they want industrial-scale wind and solar projects in their towns. Upstate communities that do not want these projects had enjoyed a legal right to veto them if they had concerns about their impacts on lands or other values, but Governor Cuomo chose to ignore those rights due to a climate-change “emergency.” To avoid public debate, the N.Y. governor used the budget process to remove residents’ ability to veto those projects and announced the change just weeks before the deadline for budget passage, thus giving critics little time to try to stop it. 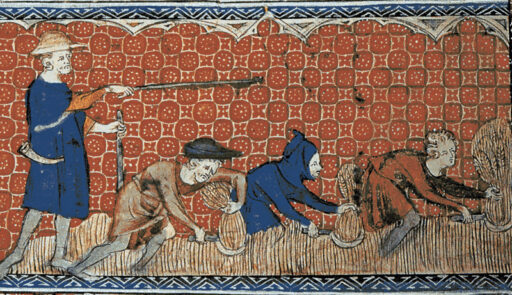 Prior to the change, the plant-approval process required agreement by a board that includes two local representatives. Now, decisions will be made by the new Office of Renewable Energy Permitting, which is part of the state Department of Economic Development under Governor Cuomo. The governor needed to make this change in order to have any hope of reaching the targets in the Climate Leadership and Community Protection Act passed and signed by Governor Cuomo last year. That Act requires 70 percent of the state’s electricity to come from “net-zero” emission sources by 2030 and 100 percent by 2040. By 2050, the state must achieve “net-zero” emissions for everything, including electricity, motor vehicles, industrial uses, etc. Replacing all of the non-electric fossil-fuel use with wind and solar power will be a huge task, given the rate at which the renewable resources will have to be developed and the amount of land that will be required.

And, so the Upstate serfs will get industrial solar and facilities they don’t want and none of what they need, which is natural gas development.

Why Are Natural Gas Enemies Oblivious of the Alternative?

From our friend Dan Markind:

On May 29, 2020, a diesel storage tank at a Russian power plant in the Siberian city of Norislk leaked about 150,000 barrels of fuel into nearby rivers. So huge and destructive is the spill that officials suggest it might take five to ten years to clean up. The Norislk spill is estimated to have released more than half as much petroleum as the Exxon Valdez tanker accident, which released about 260,000 barrels of crude oil in Alaska in 1989, and the recent spill has been called the Arctic’s worst-ever environmental catastrophe…

[Meanwhile] Massachusetts politicians like Attorney General Maura Healey…famously has said that importing Russian gas into Massachusetts is preferable to building gas pipelines from Pennsylvania. The situation in the Arctic shows the intellectual emptiness of that position, which is unfortunately all too common among the environmental movement as a whole.

Indeed. It seems Northeast politicians are, one and all, experts on demagoguery and nincompoops as to everything else. What accounts for this? The real world ignorance of the city voters who elect them.

Draft up a silly letter saying nothing, recruit every radical organization you can imagine to reflexively sign on and invent a bunch other names that appear to be real groups but are mere phantoms; this is green spamming. There is one other essential ingredient, though. It is phony fake news outlets such as StateImpactPA and NJSpotlight, financed by the same William Penn Foundation that funds the green spammers. They make a non-news news story of of the green spam which is the whole point; to put faux political pressure on the agency involved. That’s what we have with this letter and here is how it is introduced by “reporter” Jon Hurdle:

The message and the story pure unadulterated BS; it’s the signatures that make for the story. Here are our 10 from the list to illustrate the absurd degree of green spamming involved.

Check them out, if you can find anything, and ask yourself whether any of these causes have the slightest bit of relevance to the LNG facility in New Jersey that is being developed. You might also look at the rest of the list and ask who’s financing them. You’ll find they’re either recipients of money from the same William Penn Foundation that funds the organizers or they are lonely malcontents without gainful employment who live in the spare rooms of parents who have spoiled them their entire lives. This is much of the environmental movement today, sadly.