David Slottje, an Ithaca attorney funded by the Park Foundation, has engaged in some pretty bizarre behavior for a member of the bar who is obligated to uphold the Rules of Professional Conduct applicable to New York lawyers and avoid conduct that adversely reflects on the lawyer’s fitness as a lawyer.

Recently, a lawyer from Ithaca, New York (albeit one only admitted to the NewYok Bar three years ago), submitted a story to Bill Huston’s blog where he sounded a trumpet of success for himself and his wife Helen (both are pictured below) while engaging in childish ad hominem attacks on those of us proud to be advocates of natural gas development. He sang a self-directed “song of praise” in which he portrays himself and his wife as super heroes in the fight against “Fracking NY” with ordinary folks like me.  His name: David Slottje or, as he has become better known to many of us and probably in his own mind as well, “The Great Davidski.”

When you read Slottje’s latest I wonder if your impression is the same as mine?  Are this the observations of an educated lawyer or the rant of a condescending spoiled teenage girl?  You know; the kind in Mean Girls who said “We only carry sizes one, three and five. You could try Sears.”  Slottje makes a habit of this sort of thing, it seems, adopting the caricature as his own persona.  Many will recall his ugly tirade against a businessman in the Town of Lumberland, New York, who dared to challenge his suggestions to the town board and got a “lawyer up, big guy” note from the Great Davidski in return.  He just can’t resist going after us commoners who shop at the kind of dollar stores he and Helen made their money running.

I am in favor of natural gas drilling in upstate New York State because I want something better than a dollar store economy for upstate New York.  That’s why David Slottje apparently doesn’t like me or my friends and resorts to calling us names.  We are well known activists for landowner rights whether you live on a 300 acre farm in upstate or have a home on a lot in the city.  That is why we’re in the sights of David’s big gun or, should be say, big mouth.

Our rights are under attack by people who have fallen victim to the lies and mis information offered by Josh Fox in Gasland and Gasland Part II,  two very flawed mocumentaries written and directed by the unheard of avante garde film-maker turned activist.  David Slottje seems to revel in that kind of material, making superficial claims, big boasts, wild accusations and spurious threats.  He described his Binghamton moratorium strategy as a “no-brainer” until a Broome County judge called out the strategy as brain-dead. 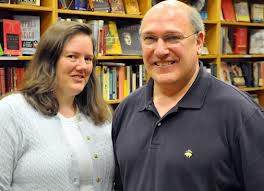 This self proclaimed hero once stated to me, in the Town of Union parking lot “I am in it for the free meals and cash bonus once I get 100 towns signed up” and later denied ever saying this.  He was kidding, I guess.  Some sense of humor! He attacks pro-drilling citizens who attend the town board meetings where he is effectively paid by the Park Foundation to make his outrageous claims and proselytize for those wealthy NIMBYs.

People like me have never received a dime for our time or our thousands of hours of research into the facts behind drilling.  When we saw Gasland we knew that neither the movie nor the activities of these elitist anti-gas groups and their bully lawyers could go unchallenged.  We stepped forward to correct the record.  That’s why Slottje is driven to the kind of hateful and childish remarks he made on Bill Huston’s blog.

Slottje’s magic elixer message about home rule gushes from his mouth like the water over the Taughannock Falls in Ithaca. So, at the risk of sinking to Slottje’s level, let me simply answer his charges with a few questions:

a. Can you name one groundwater aquifer that was polluted by the process of hydraulic fracturing; just one, anywhere in the USA?

b. David you told several town boards that you personally witnessed gas company frack trucks spread fracking fluid over the cornfields in upstate New York in the middle of the night. You claimed the farmers were desperate for a few hundred dollars because times were tough and they took the money in exchange for illegal dumping

1. Did you know this is illegal dumping?

2. Did you ever call a police agency to describe what you witnessed? Or write down a plate number?

3. By admitting you witnessed these crimes did you know it was your responsibility to report them?

4. Why was there never any reports from any New York news agencies on this illegal activity?

Quite frankly, David, I don’t believe you’re being honest with town boards in New York. I think you’re as desperate as you sound in that blog post you sent Bill Huston to be the hero you’re not!  Grow up, David…no one, no one at all, cares to see this kind of mean girl routine from a New York lawyer… not even someone like me from New York.

If only we pro-gas folks were as “professional” as you and those who stand and march in protest with you against the interest of me and my neighbors. If only we could lie, then lie again,  and once the lies were outed as such, resort to wild uncheckable claims about “Dimock’s water” and so on.  If only we could switch from water to air to health to truck traffic to my own favorite “List of the Harmed” as one domino after another falls.  If only, like you, we could get our supporters to join multiple organizations and claim to be a much larger group than we are.

It’s all a big game to you, David, isn’t it?  You made your money selling odd lots and trinkets to Southern Tier folks looking for bargains because their taxes are do darned high they can’t afford anything else.  You have yours and now you would deny the same to those who gave you what you enjoy – the wealth to spend time pursuing respectability through the Park Foundation and other elitist groups by doing their dirty work.  Mean girls never get respect, though, David.  It’s the lesson they never learn.

Take heart, though, someone might do a movie about you.