Patagonia pretends to market clothing for classic outdoors lovers, but it’s really in the virtue signaling business and targets trendy elitists for profits.

Ray Kroc, the man responsible for so much of McDonalds’ success once gave a speech to Harvard MBA students. He asked the room full of what is thought to be the brightest business students in the Nation, “What business is McDonald’s in?” After rejecting restaurants, hospitality, and a few others, Kroc said,

“Ladies and gentlemen, I’m not in the hamburger business. My business is real estate.”

Patagonia operates similarly, pretending to sell clothes, as it it serves as a virtue signaling service for those who imagine it’s trendy to oppose oil and gas.

This is a perfect example of Ray Kroc’s point. The brand is just cover for what the company really does to make money. It all seems so straightforward until you look at who the target market is, compare value to price and realize something other than clothing must be involved. Patagonia’s typical customers seek the kind of status achieved by paying more than they should to send signals they agree with the company’s supposedly high-minded environmental agenda and desire to conform with politically correctness among their fellow elites.

I am all for business, competition, and capitalism. Shoot, I love the Big Mac. However, I hate politics packaged and resold as retail goods and services. We all have a weakness for wanting to be in-style. But, Patagonia is something else. It positions itself as a peace-loving, outdoorsy brand with a message for elites. It first markets the message as the brand to justify its high prices and then remarkets the brand as a trendy status symbol to pull in those who do not know, who suppose it’s just another hat on the shelf. 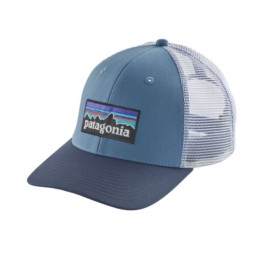 Last week, my wife bought me and my son new hats. While shopping around Dick’s (another pandering outfit), she purchased herself one, too. It is a nice two-tone hat and features a rocky top-ish logo; very nice hat. Unfortunately, it was a Patagonia hat I knew wouldn’t please her father and my father-in-law, the editor and publisher of this blog.

The trendy name attracts hipsters and urbanites who feel like they are MossyOak or Realtree outdoorsman. It is the brand of choice for the activist crowd who shows up to protest in a plastic kayak or so in love with nature that they want to bulldoze acres for solar farms. My wife, God bless her, isn’t much of an outdoorsman. She couldn’t care less about their messaging; but she did like the hat. She was the secondary market for the Patagonia brand, if you will, the market created by first selling politically correct messaging to the trendy to establish pricing.

Like Kroc, Patagonia is not in the outdoor clothing business but, rather, in pandering to elitists who eagerly by their clothing, giving no thought to the fact much of it is made with natural gas. Since then, the CEO has changed from anti-fracking advocate Casey Sheahan, to long-time CFO and anti-everything, Rose Marcario. Marcario is no milkshake machine salesman either, but knows how to leverage a brand (and perceived market influence) to influence the outcome of legislation and, thereby, to further justify Patagonia’s ridiculous prices.

As an example, Utah was set to host the Annual Outdoor Retail Show in 2016. Due to the Republican Governor’s support for rescinding the Bears Ears National Monument, Patagonia saw an opportunity to sell more virtue signaling services. Patagonia used the retail show, one that would have delivered a nice economic punch, as a bargaining chip: end your support for rescinding the  Bears Ears National Monument designation or we will not attend. This despite the fact the vast bulk of Utah is already under Federal protection. On a call made to negotiate, the ultimatum was given, and Governor Herbert said:

“If you’re giving me an ultimatum here on the phone, then the answer is, I guess, we’re going to have to part ways,”

Just like that the call ended and the show moved away from its home of 20 years. Now, nobody wants to see a beautiful place like Bears Ears become an industrial nightmare, but the protection that was proposed by the Obama Administration was over-the-top and completely unnecessary. Minerals have been extracted from the site for many years and with proper regulation, it can still be protected. 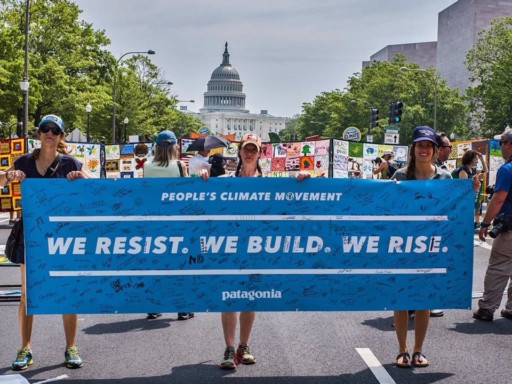 Patagonia is also fighting for the ridiculous offshore wind farm proposed in Maryland. Now, I have beaten that dead horse quite a bit here, here, and here; but, what is one more swipe? I came across a sponsored Patagonia Facebook post a few days ago where they are using their online presence to share a page from the Chesapeake Climate Action Network (CCAN) playbook to urge visitors write to the Office of Renewable Energy, Bureau of Ocean Energy Management to approve the wind farm. This monstrosity of a project is nothing more than a feel-good project that is going to waste our tax dollars and giving another company silver pockets as they get to resell energy credits.

Having a brand is the very basic necessity of a business – especially today. However, a trendy brand that is using its leverage to shape legislation and to promote a self-serving goal at the expense of others is not. The brand is cyclical in demonizing all things its elitist fanbase opposes to garner more sales. This is corporate greed wearing sheep’s clothing, branded with a picturesque mountain range and trendy colors.