Let me begin by stating as clearly as I can that I take no position on this matter. Moreover, I criticize no one involved on either side of the controversy over a a proposed Lithium-Ion battery recycling-incineration facility that would be located in Endicott, Broome County, New York. The single point I wish to make is simply this; there is no free ride with energy. Every type of energy carries with it benefits and costs, pluses and minuses and pros and cons that should be debated in a civil way, recognizing there is no one answer other than, perhaps, all of the above. 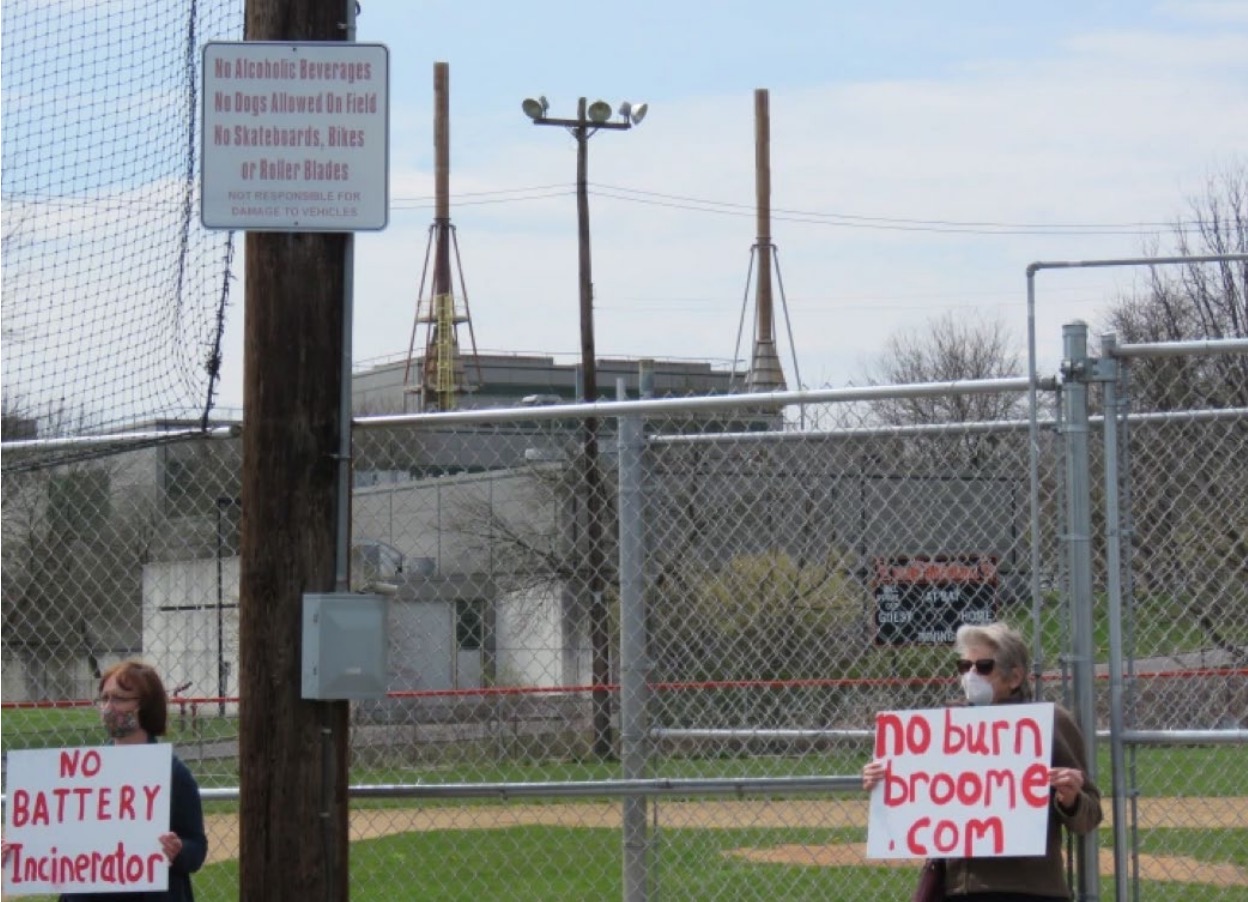 I advocate for natural gas here because I believe in it; that there’s no other way to preserve rural character and enhance rural as well urban lives that as cost-effective and environmentally sound as natural gas. I’m also highly skeptical of most renewables for a host of reasons but I’ve worked on wind projects, have written local regulations encouraging renewables as supplemental energy sources and have guided solar projects through the local approval process. So, I recognize the contributions of diverse energy sectors to our welfare.

Unfortunately, we tend to find a lot of folks who imagine we must do away with one type of energy or another so as to make way for some utopian future where renewables replace everything else. It’s not realistic, of course, but there are plenty of politicians ready to pander and hedge fund folks ready to invest in schemes designed to accomplish a raid on the taxpayers’ treasury. This doesn’t mean there aren’t projects worth pursuing, but it does illustrate a tunnel vision problem we all have to some extent. We see the twigs in the eyes of our opponents and ignore the logs in our own.

NoBurnBroome, though, shows us there are issues with every form of energy. Here’s some  information from a position statement posted on the website:

In September 2018, the New York State Empire State Development (ESD) agency, the chief agency responsible for the coordination of the state’s economic development programs, announced it was giving $1.75 million to SungEel MCC Americas LLC (“SungEel”) to support their lithium-ion battery recycling plant proposed for Endicott, NY. The ESD stated: “The essential recycling and recovery of lithium-ion batteries will help ensure continued access to precious and limited supplies of materials used to make the batteries.”

For many this was seen as a well-intentioned effort to provide much needed economic development for both the Huron Campus (a 2.9 million sq.-ft. industrial-zoned complex in Endicott), and the Village of Endicott as a whole. In addition, this would be part of a lithium ion-battery hub, with another company, Imperium3, manufacturing new lithium-ion batteries in the Huron Campus and receiving “performance-based incentives totaling $7.5 million” from the Empire State Development agency4. “Additionally, Imperium3 is expected to qualify for an estimated $5.75 million in New York Investment Tax Credits.”

The project looked like an excellent example of “industrial ecology” where one industry’s waste would become another’s starting material. However, what has been revealed since is that this project is not in the national interest. Moreover, dubbing the SungEel project as “environmentally friendly” is now seen by many as an optimistic sales pitch for a facility which will emit many very toxic by-products into the environment.

Check it out for yourself. I have no quarrel with the opponents, or the proponents for that matter. But, what I notice is that dependence on renewables tends to be treated as everyone’s aspiration until they are faced with the facts of what that means for their personal environmental. Electric cars are a beautiful thing (especially if someone else is helping to pay for them) but the used batteries that came with them are an ugly problem no one wants to face. And, the truth is that they may well be ugly and NoBurnBroome may well be 100% correct. I don’t know enough to know, frankly.

What I do know is that electric cars, like every other energy solution have their own set of issues. Can’t we just recognize that and have a civil debate? Can’t we acknowledge the simple fact that everything involves risks and the challenge is to assess and manage those risks on a rational basis? I suggest we must and I welcome debate from both sides here. Make your cases!